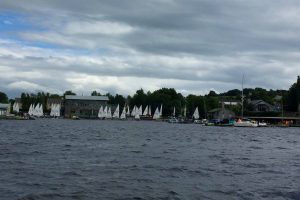 Lough Derg was host to the 2016 Laser Connaught Championship last weekend and entry numbers were strong across all fleets.  The Royal Cork made up a significant portion with sixteen of our sailors in attendance, despite a number currently abroad competing in the 4.7 Europeans.

Conditions were mixed to say the least with strong winds on Saturday, followed by slightly lighter winds on Sunday but both days marked by gusty conditions.

Nick Walsh continues his strong run of good form (pictured below) to take the masters title (standard fleet) and finishing sixth place overall. Wesley Brownlow and Eddie Rice finished further back as the standard rig can be challenging even for experienced dinghy sailors.

The radial fleet had thirty seven competitors, many of who are preparing for the radial worlds later this month in Dun Laoghaire. We had three top ten finishes with Johnny Durcan, Ronan Walsh and Billy Duane junior finishing 4th, 8th and 10th respectively. Next up were Peter McCann, Luke McGrath, Tara Coveney, Richard McGinley and Jamie Tingle.

We look forward to yet another busy few months with various international events followed by the Irish laser nationals in Galway this coming August. Good luck to all our lasers sailors competing in some or all of the events. 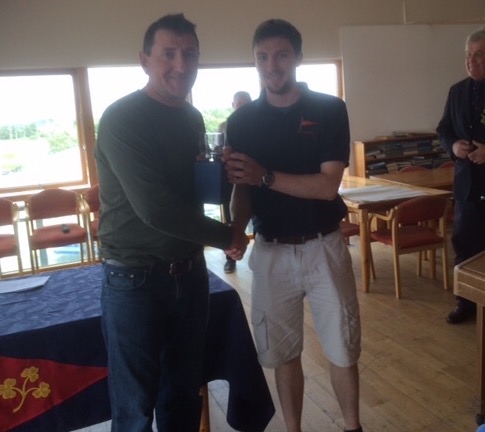