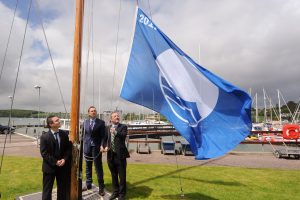 Today, An Taisce announced the International Blue Flag and Green Coast Award recipients for 2017. The awards were presented by Senator Jerry Buttimer at an awards ceremony held at the Royal Cork Yacht Club in Crosshaven, Co. Cork at 12 noon this afternoon.

“On this, the 30th anniversary of Blue Flag awards in Ireland, I am happy to announce that a total of 149 Blue Flag and Green Coast awards will be made today, which is an increase of 8 awards from last year and represents a record high.”

“The Blue Flag has become a truly global symbol with an ever-increasing number of countries participating in the programme.   The programme promotes sustainable development in freshwater and marine areas and challenges local authorities and beach operators to achieve high standards in water quality, environmental management, environmental education and safety. Over the years, the programme has become a highly respected and recognised eco-label working to bring together the tourism and environmental sectors.  There are also very tangible economic benefits to be derived from our marvellous coastal environment and quality facilities, both at local, regional and national levels.  I am very honoured to be associated with the prestigious Blue Flag programme on its 30th anniversary and to present the awards to this year’s very worthy recipients.” 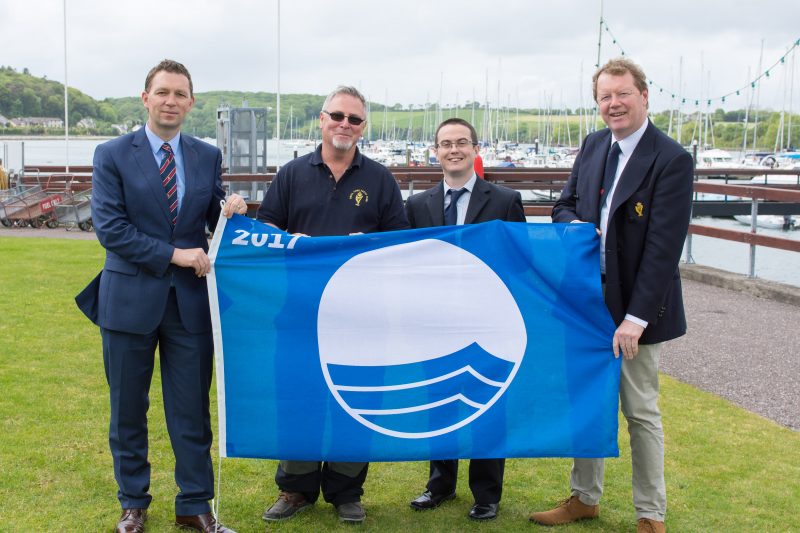 “I would like to thanks and acknowledge the work of the Local Authorities and marina operators here today for all their efforts in ensuring that the sites being awarded for the 2017 bathing season have achieved the excellent standards required by the Blue Flag and Green Coast Awards. I would also like to commend the many thousands of Clean Coasts volunteers who participate in community clean-ups and coastal enhancement projects in their local areas throughout the year. It is the work of the Local Authorities and Clean Coasts Volunteers that ensures that Ireland’s fantastic beaches remain clean and safe for everyone to enjoy”.

The Blue Flag is one of the world’s most recognised eco-labels. The Blue Flag originated in France in 1985 when French coastal Local Authorities were awarded with the Blue Flag for compliance with sewage treatment and bathing water quality criteria. It was launched as an International programme as part of the “European Year of the Environment in 1987. In 1988, the first year sites were awarded outside of France 19 beaches and 2 marinas received the Blue Flag in Ireland. This year is the 30th year of the Blue Flag as an international programme, more than 4250 beaches, marinas will be awarded in 47 countries globally.

The programme aims to raise environmental awareness and promote sound environmental management of beaches, marinas and inland bathing waters around the world.  The 81 Irish beaches and 7 marinas that have achieved this accolade adhere to specific criteria related to water quality, information provision, environmental education, safety and site management.

The number of sites receiving the award is up 3 on 2016, whilst 3 of the beaches awarded in 2016 did not retain Blue Flag status, the Blue Flag will be raised for the first time at both Portumna in County Galway and at Greencastle Marina in County Donegal. Bray South Promenade regains Blue Flag status, having not flown the Flag since 2000. Redbarn and Garretstown in Cork and Ross in County Mayo regained Blue Flag status lost in 2016.

An Taisce – The National Trust for Ireland is responsible for the operation of the Blue Flag programme in Ireland on behalf of the Foundation of Environmental Education (FEE). 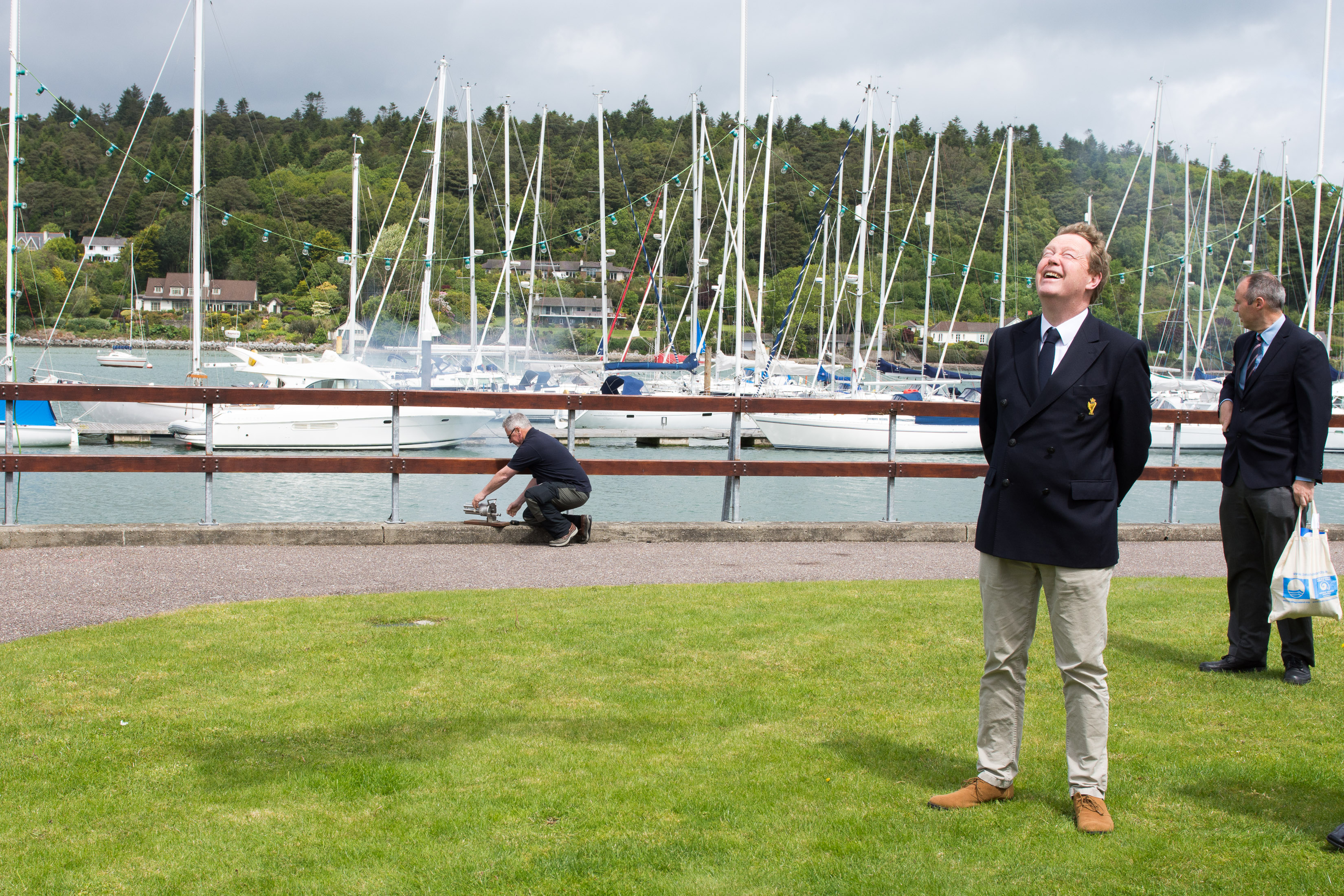 Sites not retaining Blue Flag status for the 2017 season

The Blue Flag requires applicants to achieve an annual classification of ‘Excellent’, the highest rating achievable under current bathing water legislation. The following beaches did not retain Blue Flag status for the 2017 as a result of the annual bathing water classification being downgraded from Excellent to Good status based on samples taken over the previous 4 bathing seasons:

The Green Coast Awards were presented back in 2003 to four beaches in County Wexford, it was rolled out nationally in 2008 and has gone from strength to strength ever since. The award recognises beaches for their clean environment, excellent water quality and natural beauty. An important aspect of the Green Coast Awards is the involvement of Clean Coasts groups of which there are now over 500 comprised of thousands of volunteers throughout the island. These volunteers participate in community clean-ups and coastal enhancement projects at their local beaches throughout the year.

Having not met the excellent water quality standard required Mullaghmore in Sligo failed to retain the award for 2017. Applications were not received from Balcarrick, Donabate in Fingal, Boatstrand in Waterford and Ballymoney in Wexford.