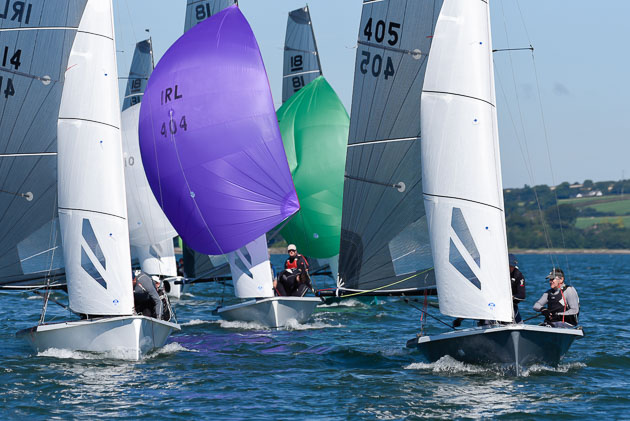 With temperatures in the mid–twenties, there was plenty of activity afloat and ashore adults and children alike soaked up the party atmosphere on the club lawn that followed two days of dinghy and keelboat racing on the water.
The Cruiser fleet featured racing that included courses from bygone days. Classes one, two and raced out to the Cork buoy while the White Sail fleet took a scenic course around Ringabella Bay.
Rear–Admiral keelboats Kieran O’Connell took a hands–on approach to Race Officer duties, alternating between Harmony as starting vessel and a Club Rib when he was required to finish the various fleets.
Meanwhile, former Admiral David O’Brien acted as PRO for the Irish National Championships of the National Eighteen Class which included nine of the new Ultra designs. On Sunday, sailing in Cork Harbour on the Eastern Bank, the 18s got a much more comfortable day than was experienced on Saturday. Comfortable maybe, but no less competitive, it’s a fleet in which no quarter is expected or given on the water. The three–man dinghy fleet got in three good races in the north westerly wind. Nobody could match Ewen Barry, Stan Browne and Dion Barrett for consistency and they took the National title.
The Optimists and mixed dinghies were out in force on the Curlane Bank with hardworking race officers Andrew Crosbie and Robert Foster running the show. This was no easy task with moe than one general recall.. The Optimist Copper fleet were also out and it was great to see so many up and coming sailors getting to race. The Flipper club were taking to sea in club ribs to watch the racing and a bit of wave hopping was reported too.
Back on shore, the crab competition was underway for the under–tens, and there was a rush for the dining room was made when it was announced that the Lady Admiral Gwen Roche was about to serve afternoon tea.
Following this, there was a dignified Boules match compèred by Dave Power. Much to the delight of the spectators, Ted Crosbie emerged as winner.
After face painting, a bouncing castle and treats for the children a  tug–o–war competition was supervised by Doctor McCarthy. At the prizegiving Admiral John Roche welcomed sponsors Mater Private Cork and Doctor Oisin Powell and Mr. Paul Kiely, of The Mater Private, presented the ‘At Home’ prizes for 2016.
Results HERE 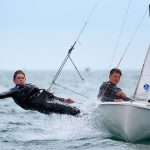 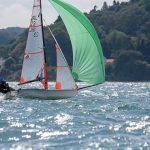 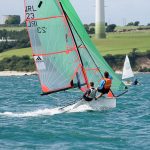 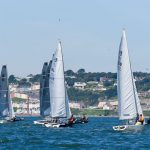 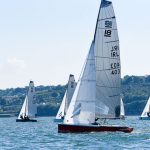 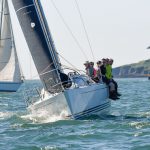 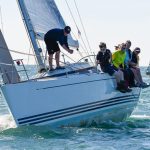 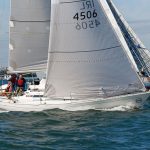 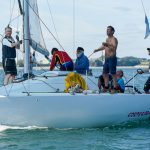 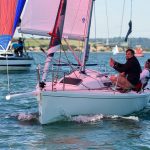 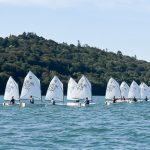 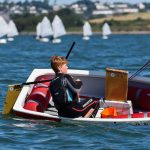 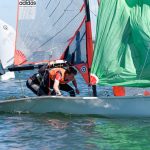 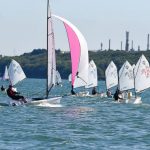 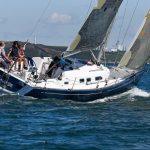 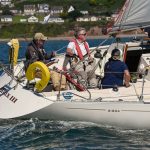 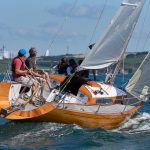 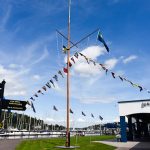 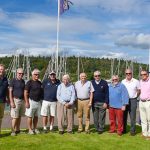 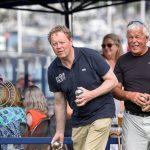 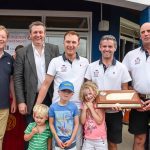 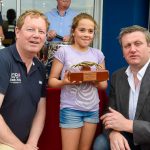 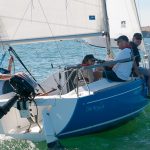 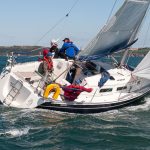 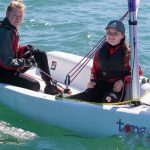 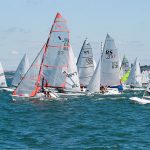