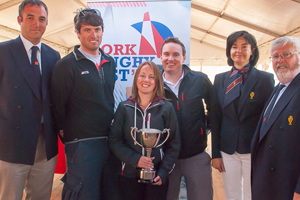 Now that the excitement of organising the overhelming success the Cork Dinghy Fest appears to have been is over, the organisers will have time to consider where the event should go from here. Speaking at he prize giving at the conclusion of four days of sailing, the ISA’s Jack Roy, representing the President David Lovegrove who was unable to attend, spoke effusively and enthusiastically about the whole concept that brought together some 208 dinghies consisting of eleven fleets that sailed over five race areas and which did not include the full Laser fleet, the bulk of which was sailing at the Laser Nationals being held in Dun Laoghaire on the same dates. This of itself shows the absolute necessity for proper consideration and coordination of the sailing calendar as used to happen in former years but which system was done away with by the ISA itself when it disbanded the very active Southern Branch that always coordinated events for the south of the country. This information was then dispatched to Dublin to ensure the country wide calendar did not contain any clashes of dates and worked extremely well indeed. 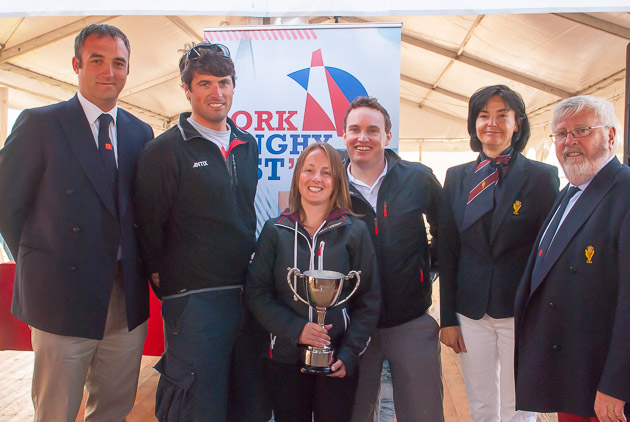 It was proposed that the Royal Cork Yacht Club should host another Dinghy Fest in 2017 and Jack Roy said the ISA would actively seek a host club for the event in 2016.

The prize giving took place first for the Mirrors and Optimists. Overall winners in the Mirror Class were Jack Ryan and Ben Graf from Lough Ree followed by Conor Twohig and Brian Sheehy of Sutton Dinghy Club while the Optimist winners were Kate D’Arcy RCYC followed by David Carroll from KYC. The Topper full rig was won by Jeff Power of WHSC followed by Michael Carroll of KC while the 4.2 fleet was won by David Jones of RCYC with Katie Landers of WHSC second. The RS200 and winner of the overall trophy for boat of the event went to Marty O’Leary and Rachel Willamson and second in this class were Frank O’Rourke and Maeve Judge. 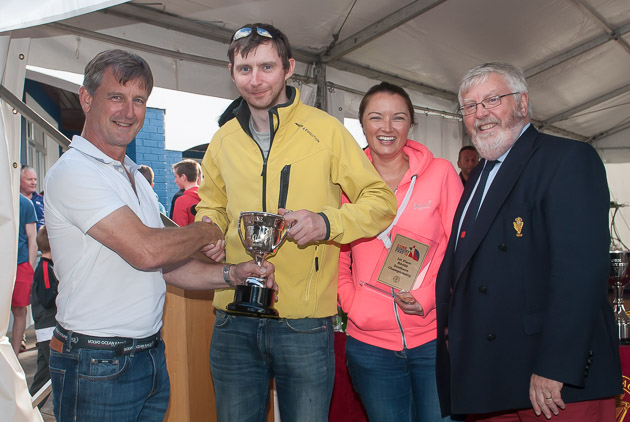 The RS400s had a new trophy presented by Nick Bendon of CH Marine for the RS400 Southerns and this went to Paul McNahon and Laura Houlihan of HYC. In second place was Alex Barry and Richard Leonard RCYC/MBSC. The RS Feva Class was won by Dara Donnelly and Cliona Coyle of NYC followed by Alex and Henry Start from RStGYC. 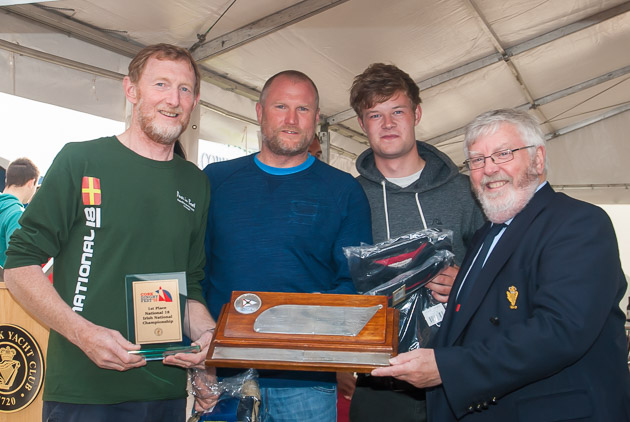 Speaking at the prize giving Tommy reminded those present of sailing in a previous Dinghy week and he spoke of the new National Eighteen and how great a design it is with its enormous potential and regaled the assembled throng with tales of sailing down the waves on Friday at 20 knots of speed in the boat. Contrast this with John Crotty a long time stalworth of the Eighteen Class who became known to the Optimst fun fleet during the event as the Pied Piper as they followed him around their course. 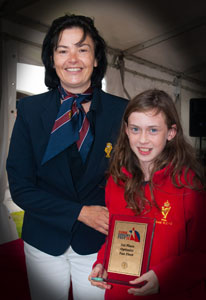 The event then concluded and the weary but happy competitors made their way home to the many venues from which they had travelled to enjoy the bringing back to life of this once very popular and well supported sailing fest.