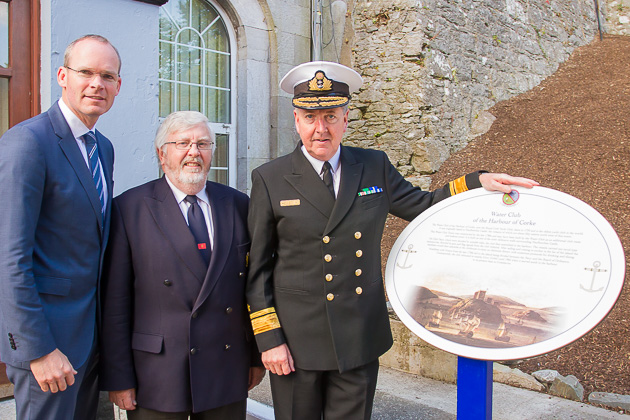 The sun shone at its best and the Naval Base was resplendent and also at its best. From driving over the newly reconstructed bridge following the cars of other guests arriving there was a feeling all round something important was about to take place. From the cheery greeting of the security personnel to the welcoming cup of tea or coffee at the Officers Mess the atmosphere was filled with bonhomie and anticipation. 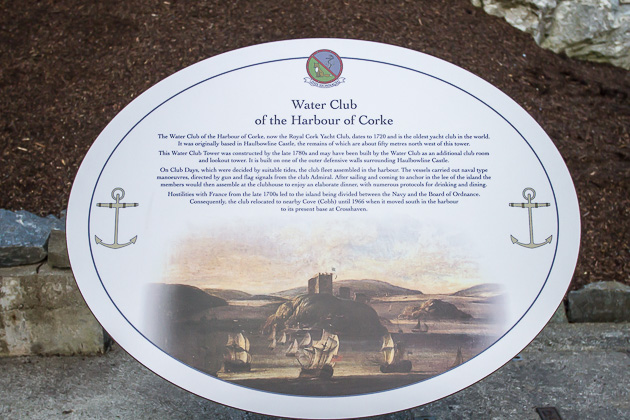 This was the day of the eagerly awaited official unveiing of the newly refurbished plaque commerating the location of the Club’s first clubhouse in 1720 at Haulbowline Island. While enjoying the refreshments, the buzz of conversation and meeting with the club representatives and friends was creating a remarkable atmosphere for what was to be a remarkable occasion and coupled with the Naval Personnel resplendent in their immaculate uniforms and the Royal Cork representatives in their formal club attire made for an elegant gathering to mark the occasion. 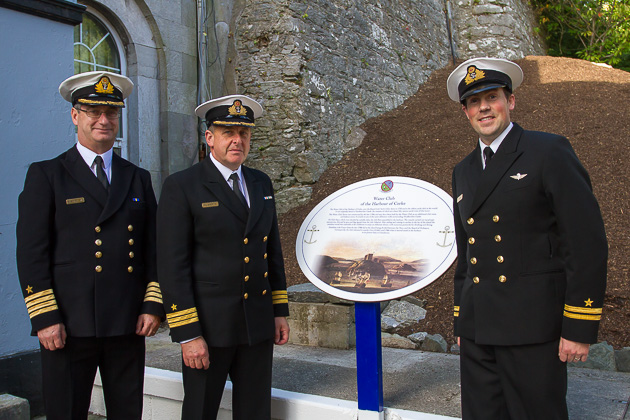 The occasion was marked by the presence of the highest ranking Naval Service Officer in Ireland, Rear Admiral Mark Mellett DSM , soon to be Admiral and Chief of Staff of the Irish Defence Forces. On arrival the guests were welcomed by Commodore Hugh Tully of the Naval Service and then it was time for the arrival of the Minister for Agriculture, Food, The Marine and Defence, Simon Coveney T.D. The Minister ‘of course’ is also a popular member of the Royal Cork Yacht Club. 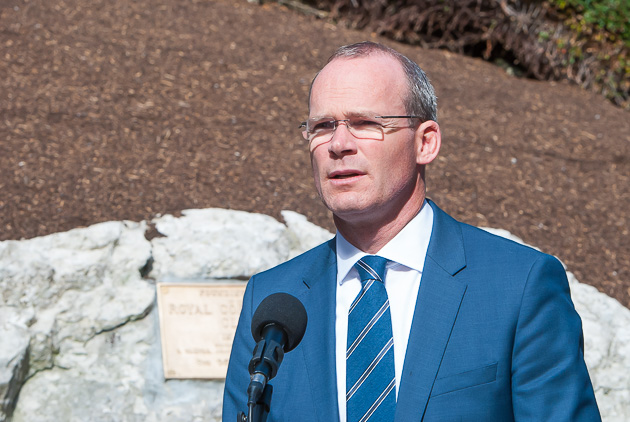 The formal part of the proceedings then commenced with an address by Commodore Hugh Tully who invited the Minister to perform the ceremony of the unveiling of the commemorative plaque. The Minister gave a most interesting account of the entire history of the Royal Cork to date from sailing in Cork Harbour in the 1600s to the formation of the Water Club of the Harbour of Corke in 1720. His speech then ranged to developments in the harbour some of which have already taken place with more in the pipeline involving a total spend of half a billion euro for the area. Here one has to say the Minister has pushed relentlessly for the betterment of the harbour and its surrounds and is to be highly commended for this. The Minister then unveiled the commemorative plaque that was originally commissioned by the late Bernie Cahill during his term as Admiral of the Royal Cork. 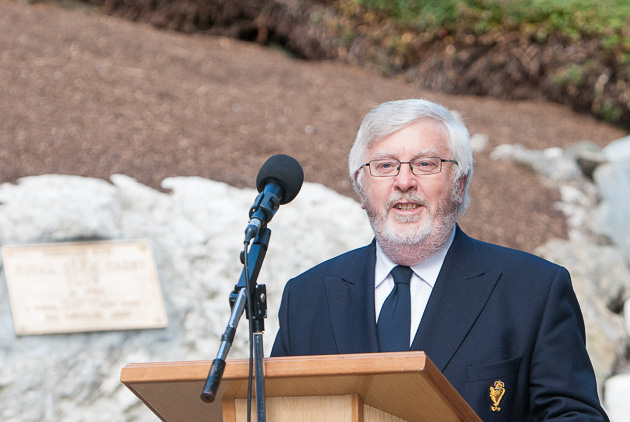 The current Admiral of the Royal Cork, Pat Lyons, then spoke and referred to the excellent relationship enjoyed between the Naval Service and the Club. He also referred to the plans being made for the celebrations for the 300th anniversary of the yacht club with which the Naval Service will be very much involved and details of which will be revealed as time moves on towards 2020. 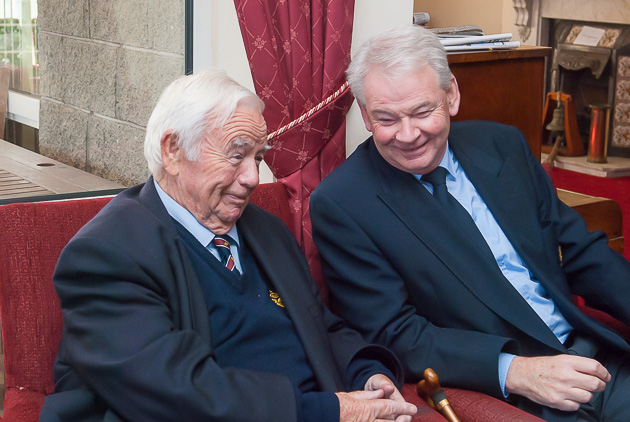 The official part of the proceedings concluded with a blessing from the Naval Chaplain, Fr. Des Campion, and the naval personnel and their guests then enjoyed a delightful lunch in the elegant surrounds of the Officers Mess and the celebration finished on a high note. 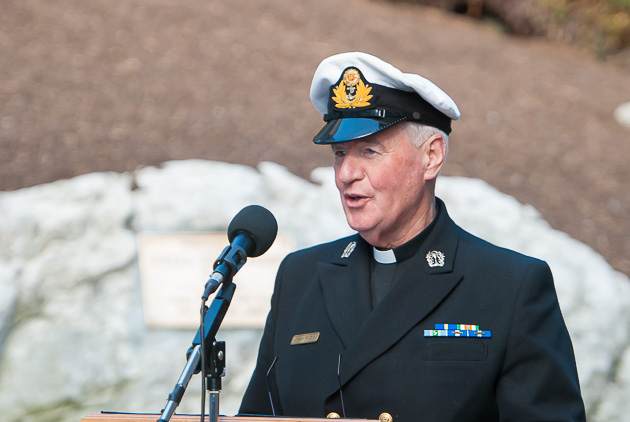 It was a happy day, a proud day, and a day to get a glimpse of life inside the naval base and see what wonderful work they do. We read all about them and their difficult work in the far flung corners of the world and also patrolling our own shores. To enjoy their hospitality, cordiality and graciousness to their guests was indeed a delightful experience. We, the Irish people have an awful lot to be proud of in our defence forces and a lot to thank them for as they are always there in times of need and never shirk from the often very arduous duties they carry out on our behalf. 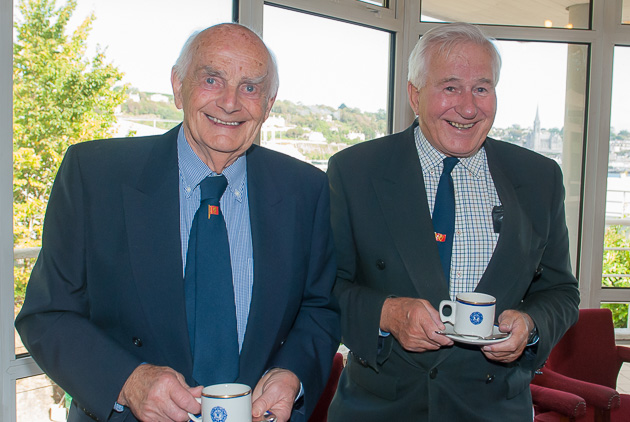 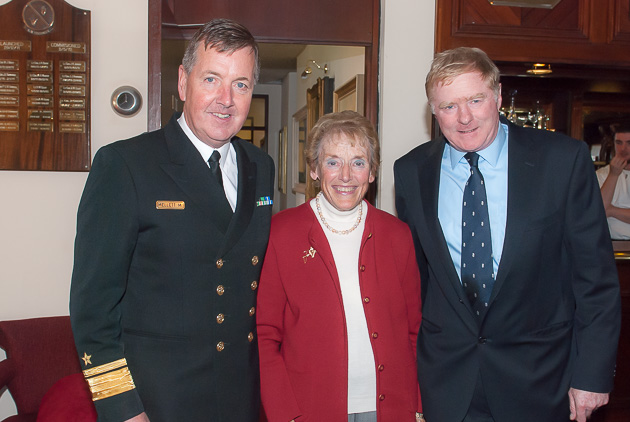 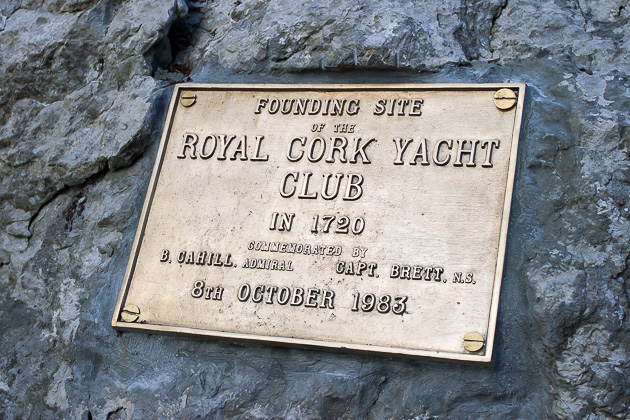 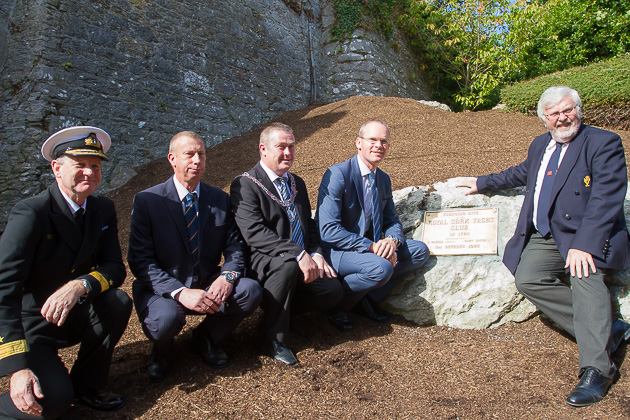 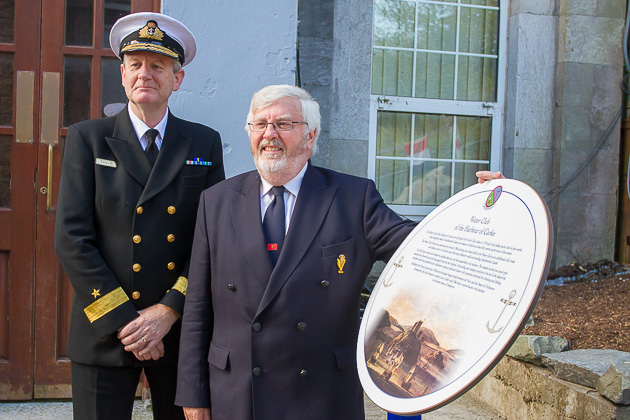 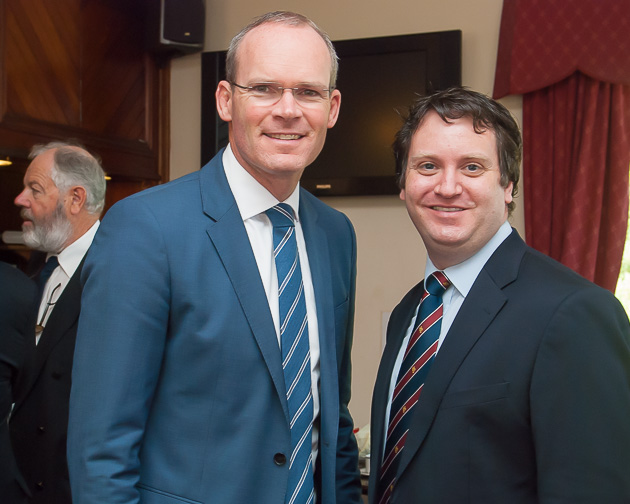 A brief history of the Royal Cork Yacht Club by Club Archivist, Dermot Burns, can be found HERE