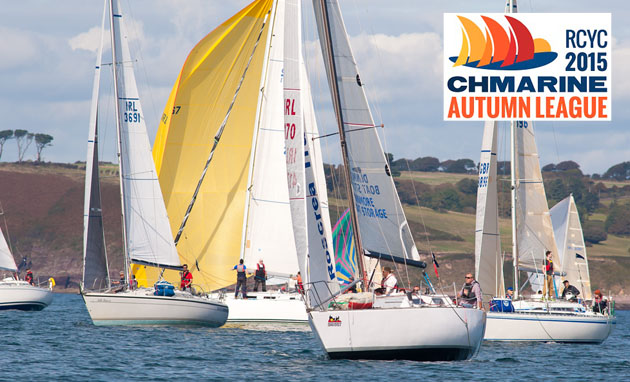 The 2015 sailing season seems to have flown and once more it is that time of year eagerly awaited by all the sailors when it is time to take to the water for the intense but always extremely enjoyable event that is the ‘Autumn League’ and one that is watched with interest by sailors all over the country.

This year there is an added interest for the rugby enthusiasts of which there are very many in that their needs will be catered for regarding facilities for them to see the matches and happily the Ireland starting times are to be 16.45hrs so that should suit very nicely.

Already, a real sign of the proximity Autumn League is the fact that Michael Murphy’s ‘Shelly’ D is ready and waiting on the marina and WHSC and KYC,ie have already entered in considerable numbers not to mention our own members. The Race Officers for the event are as usual the hard working Peter Crowley in Sparetime and ISA Vice President David O’Brien while Anthony O’Leary on Irish Mist will manage the sportsboat class and only the Lord and themselves know how they do it with such vigour, enthusiasm and good humour (mostly!!!)

The event will also be the final round up for the SCORA League which also adds to the interest for those taking part.

On the Cove Sailing Club side we understand that we will have the Sigma 33 Musketeer with a crew supplemented from Bombora who suffered engine failure coming back from Schull. 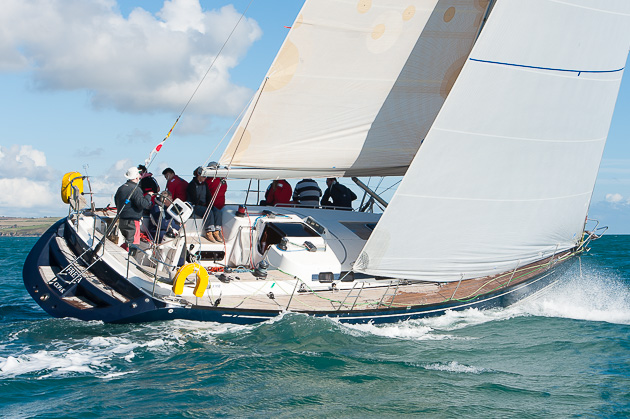 From Kinsale We will miss Alan Mulcahy’s bright yellow Sundancer but his presence will still be felt as he will be sailing the event in his newly acquired Albin Express .

The ever popular 1720 sportsboat class will be well represented with 10 confirmed entries to date.

The club will present the “Vinny O’Shea” trophy for “Best boat of the Series” for the Autumn Series and the “Conor O’Donovan” trophy for the winner of White Sail 1 IRC will also be presented at the prize giving on Sat 24th Oct.

The Club is indeed fortunate to have such a generous sponsor in CH Marine and we are all looking forward to a great series that never fails to live up to its reputation.

Your scribe well remembers driving down the road to the first day of the event last year and how wonderful everything was looking with Drakes pool and the fields behind seeming like an oil painting to be enjoyed. At this stage one can even say that the windmills have become part of the landscape appearing to blend in and might even be missed if they weren’t there.

Wishing everybody a wonderful event and the best of luck for the series.