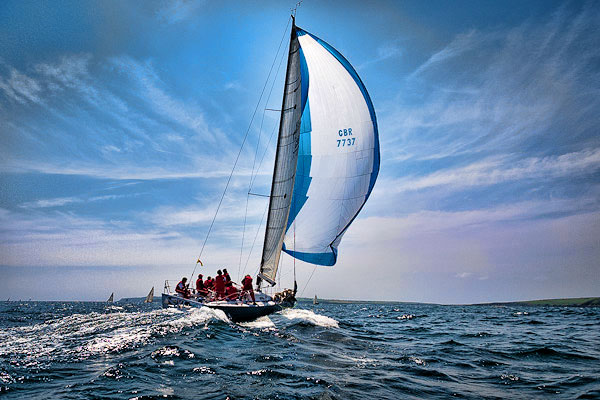 At the end of the series today Royal Cork celebrated wins in three divisions and also a third place in the hard fought Class Zero IRC Division.

Class Zero IRC was won by Anthony O’Leary in Antix who had four bullets, two seconds and a third in Race 7.  As this race was non discardible he ended up on equal points of 9 with Richard Fildes’ Impetuous  from South Wales and took the title on count back leaving Impetuous in second place and Conor and Denise Phelan’s Jump Juice in third place.

Class One IRC was won by Royal Cork’s Ian Nagle and Paul O’Malley’s Jelly Baby after a ding dong battle throughout the series with Paul O’Higgins’ Rockabill V from RIYC but Rockabill faded in the end to finish third to Colin Byrne’s Xtravagnce also from RIYC.

In Class Three IRC the Kenefick Tiger from Royal Cork was on top throughout the series and retained the title won last year followed by Tim Goodbody’s White Mischief in second place and Flor O’Driscoll’s Hard on Port taking third.

The event at Howth is enjoying the benefit of sunshine and fresh winds making for good sailing in all classes.   According to the official event report, in Class Zero Anthony O’Leary’s Antix did not have it all her own way on day two scoring a two, three, one and having to play second fiddle to Richard Fildes’ Impetuous from South Caernarvonshire Yacht Club.  However, the published score sheet shows Antix with two firsts and a second on the day which leaves your scribe somewhat bemused. The results sheet shows Antix with 6 points after five races, Impetuous 9 points followed by Denise and Conor Phelans’ Jump Juice RCYC on 19 points.

In Class One IRC Ian Nagle and Paul O’Malley’s Jelly Baby of Cork, is joint first with Paul O’Higgins’ Rockabill V from RIYC both with results of 5,3,1,2 leaving them on 11 points each. Heady stuff indeed.

In Class Three IRC One, our impish and much loved Kenefick Tiger with Currabinny emblazoned across her transom, leads the fleet on 7 points, followed by Tim Goodbody’s White Mischief from RIYC on 10 points with Flor O’Driscoll’s Hard on Port from Howth Yacht Club, but a native of Cork, on 17 points.  Obviously George’s work  on Tiger’s mast on Thursday paid dividends!

Racing continues today at the BMW sponsored event and should prove to be an interesting day of sailing.