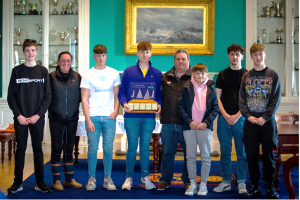 By Maurice Collins on May 5, 2022 in Junior Sailing, Uncategorized

RCYC was well represented when teams went to the water last weekend in the Schools Sailing of Ireland Association (SSIA) Team Racing National Championships. Resuming after a two-year Covid break, the event was hosted by Royal St George Yacht Club in Dun Laoghaire, the first time it had been outside Munster.

Royal Cork had sailors on all six Munster teams who competed against six schools from Leinster and one from Connaught. Along with the Fastnet Trophy for the overall winner, a blow
out of the qualifiers at the start of April meant that the Munster Trophy was also up for grabs. 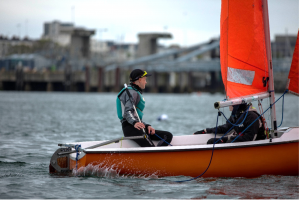 Racing was in Fireflies in the standard 3 vs. 3 format. Shifting winds made it a tricky weekend for the Race Officer, and the event was shortened to 72 races. Gonzaga College won all their races to claim the national title. Rochestown College were third overall to claim medals and lift the Munster Trophy. They were followed by Christian Brothers College, Bandon Grammar, Gaelcholáiste Charraig Uí Leighin, Presentation Brothers College and Scoil Mhuire.

The AGM of the SSIA was also held over the weekend with Eunice Kennedy elected Chairperson of a new committee which includes Ronan Duggan(RCYC) and members from each of the provinces represented. 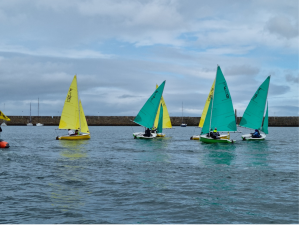