Start of the 2012 Round Ireland Race. Picture Robert Bateman

Wicklow Sailing Club recently announced that it will again host the ROUND IRELAND Yacht Race,one of Europe’s major yacht racing events, starting at Wicklow Harbour on 28th June 2014, for the 18th time since the biennial  705 mile non-stop race around Ireland first took place in 1980.

WSC also announced that they have entered an agreement with the Royal Irish Yacht Club, Dun Laoghaire, to be the associate club which will provide an opportunity for the expansion of their Round Ireland race to include the bigger boats which Wicklow Harbour is unable to accommodate and hopefully this enhanced facility will encourage the participation of bigger yachts from outside Ireland. This agreement will provide a Dublin base for pre-race inspections, with the facilities of marina, accommodation, parking, storage and clubhouse amenities which would be likely to be required for the expansion envisaged for the future.

The administration and control of the race is still exclusive to Wicklow Sailing Club in conjunction with the Royal Ocean Racing Club and it is clearly understood that they will still continue to encourage boats to come to Wicklow prior to the race. Equally the race itself starts and finishes at Wicklow Harbour, and will continue to do so. So there is no change for regular visitors to this very popular and prestigious race.

This strategic alliance of the Wicklow Sailing Club with the RORC, RIYC and ISA provides the necessary platform for the development of the Round Ireland into a significantly larger Irish and international sporting event.

However, WSC does not have a main sponsor and accordingly would welcome the assistance of the national sailing fraternity to help them to showcase this  major  legendary event in Irish Sailing.

They are seeking support for their new venture from the sailing community throughout the country to ensure that every opportunity is afforded clubs to enhance our efforts to promote this uniquely Irish sailing adventure. 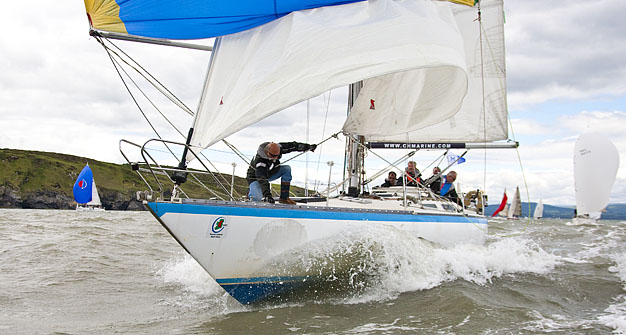 Royal Cork Yacht Club has had a very long association with the Round Ireland with the late Denis Doyle’s famous and beautiful yacht ‘Moonduster’ holding an unbeaten record for many years.  The late Jim Donegan another Royal Cork legend, also had a long association with the race and in more recent times Cavatina then, in the ownership of Eric Lisson, won the overall race twice.  In the 2012 event Derry Good’s ‘Exhale’ participated but is not expected to race in 2014.  However, also in the 2012  race Cavatina, entered by Ian Hickey, won Classes 4, 5 and 6, and is  expected to compete again this year.  Cavatina is normally crewed by such stalwarts as Leonard Donnery, RCYC, current Class One Captain, Sean Hanley, and Dave Hennessy. 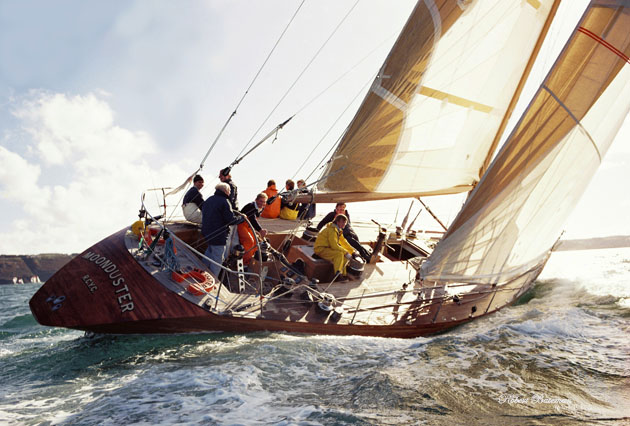 Not only is the Wicklow event famed for its racing but is almost as well known for the gala day ashore enjoyed by the residents of Wicklow town and surrounds as well as the many visitors and families of competitors that travel to be part of this great event. The atmosphere at the quayside before the yachts start to draw away is enthusiastic, sometimes fearful and full of nervous anticipation both for the experienced and first time entrants. Having attended the event for many, many years your scribe can vouch for the wonderful atmosphere that is the Round Ireland Race.  From early in the day the residents and visitors can be seen making their way to the start area where there are wonderful vantage points on the hill above to get a great view of the start and further up the hill there is a wonderful laid out picnic area that is like heaven to enjoy a meal, survey the activity, drink in the beautiful scenery and witness the almost lonely feel of seeing the yachts setting out to disappear around Wicklow Head. They are facing into the certain to be tough task ahead of them and prepared as best they can for whatever the weather may throw at them, for however long it takes to complete the race. All the time bands are playing and the crowd including families with Grandparents, parents, children and dogs of all shapes and sizes are having a wonderful time mixing with the many other visitors to the race area.

However, the best is saved for last and a hush descends as the yachts manoeuvre for the start, the crowd mood becomes intense and, the most emotional moment of all as the starting signal is given and the charge to the line commences.  Then, something I have never seen at any other yacht race anywhere, a huge round of thunderous applause and cheering breaks out to send the crews on their way as the crowd remain to see the last yacht disappear around the headland, then there is a momentary feeling of emptiness and a thought to spare for the competitors before the celebrations start again for the rest of the day.