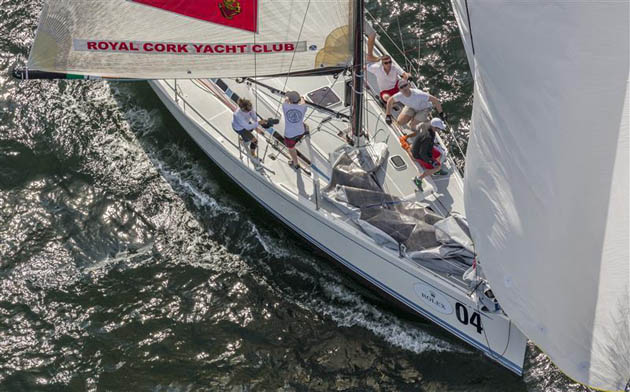 A day of intense racing on Rhode Island Sound marked the mid-point of the 2015 Rolex New York Yacht Club Invitational Cup. The south-south west breeze filled in early in the day, which allowed three races to be sailed in 8-10 knots by the international fleet. Like the standard of excellence established by Rolex, the competition has exceeded the expectations of the competitors.

The Royal Hong Kong Yacht Club team, competing for the fourth time, has achieved two fifth-place finishes thus far in seven races. “Every time I’ve been here the standard has been higher; I hope that we’re improving as well, but definitely the competition is,” said Nick Burns. 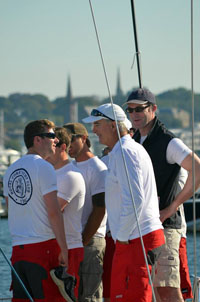 The first race of the day was won by our own Royal Cork Team. However, they had a difficult start in Race Six which left them struggling and they finished in twelfth position. Worse was to follow in Race Seven when they were lying last. However, a great claw back ended up with another twelfth and Royal Cork is now lying sixth overall with 49 points going into today’s racing and with five races remaining it is still all to play for.

“Being in Newport is one of the best things in the world,” said Guido Belgiorno-Nettis, skipper of the Middle Harbour Yacht Club team. “This is such a historic place and to be here and be sailing on these waters is beautiful. We’re still trying to figure out how to drive them [the Swan 42s], but clearly we’re doing something right because we had a couple of bullets today. We’re approaching it cautiously because we’re wildly above our expectations in terms of positioning in the regatta at this stage. When you get caught up in traffic, any sailor can keep going backwards and backwards because of bad air. When you’re in front, the rich get richer; that happened to us in the second and third race and we managed to keep extending our lead. ” 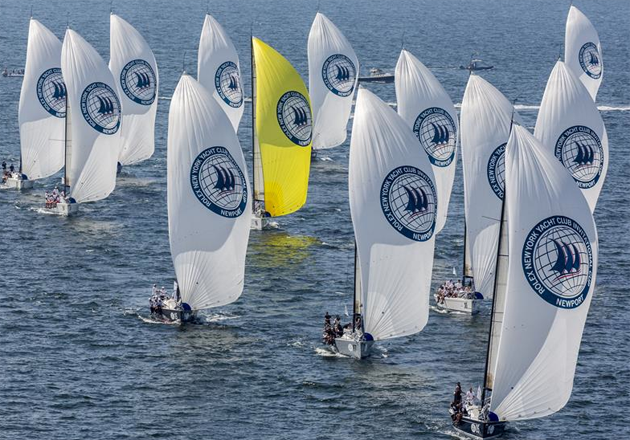 The racing was intense according to Brad Dellenbaugh, New York Yacht Club’s Director of Sailing. “If you missed getting off the line and got forced to the wrong direction on the first beat, you spent the rest of the race trying to catch up. Occasionally one side or the other of the course was favoured, but not the same side all the time.”

Racing resumes today (Fri) with the winning team to be determined at the conclusion of racing tomorrow Saturday, September 19th. 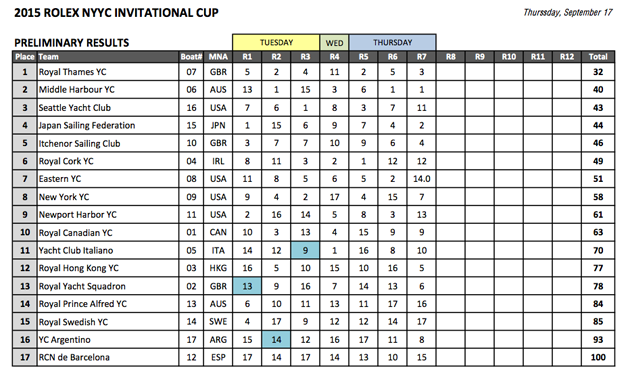