Before he left Valencia on Sunday for the first leg of the Route des Princes Oman Air- Musandam’s skipper Sidney Gavignet spoke quietly of a ‘rich get richer’ scenario developing where the leading MOD70 might continue to reap a dividend by leading down the course and out of the Mediterranean on Leg 1, the 800 miles passage to Lisbon, Portugal.

With twenty four hours elapsed it is Gavignet’s team which has prospered almost since they rounded the Benicarlo mark north of Valencia on Sunday evening, six hours after the start. But for a minor blip, as they passed Cabo de Nao early this morning when Sébastien Josse and Edmond de Rothschild managed to squeeze ahead, sailing closer to the coast, the Oman Sail MOD70 team which has Briton Neal McDonald as navigator has managed to steadily increase their lead. On the mid afternoon rankings, as the leaders passed some 43 miles SW of Cartagena, Oman Air – Musandam had managed to eke out a lead of nearly 29 miles ahead of Yann Guichard’s Spindrift, the MultiOne champions which has Pascal Bidégorry as navigator. In turn Spindrift were five miles up on Jean-Pierre Dick’s Virbac-Paprec 70.

After a tough, sometimes frustrating first night at sea for the MOD70’s, during which they all slowed to a crawl at one time or another, speeds have been more meaningful through the afternoon as they headed towards the Alboran Sea and beyond that the Strait of Gibraltar. They might well enjoy the best of the breeze now for the outlook for the narrow bottleneck stretch between Europe and Africa looks set to offer only very, very light winds. According to the most recent weather files it will be continuous light headwinds until the fleet managed to escape into the Bay of Cadiz and beyond. Increasingly it looks like whichever team can break into the N’ly winds at the Portuguese coast should have a clear advantage to the finish.

Spindrift’s skipper Yann Guichard was reckoning on one and a half days to Gibraltar when he spoke on this morning’s live radio link up with Race HQ.

“ We are now in a SW’ly air stream, so we’re prepared.” Guichard reported, “ That means tacking upwind. We’re going to have to look for local effects. We know that there is less wind close to shore. You have to find the right balance. This is all about speed, but at sea it is not easy maintaining a stable speed.”

Oman Air –Musandam were holding firm to their offshore position and appeared to have had some of their lead eroded in the late afternoon by Spindrift as the two groups split more.

Meanwhile Jean-Pierre Dick’s Virbac-Paprec 70 continue to be a threat despite this being his team’s first long offshore race in the class.

In the Multi50 Class, where progress towards the Strait is no doubt helping mark the way for the chasing MOD70’s, the two leading boats were less than one mile apart with Yves Le Blevec and his crew just keeping their advantage with about 140 miles still to make Gibraltar, Oman Air – Musandam about 40 miles astern of them.

An interesting note published this am By Sidney Gavignet, Oman-Air Musandum’s Skipper.  It gives us all an insight into the mind of a skipper of one of these mighty machines that your scribe found interesting, powerful and emotional.

Great rush from Valencia to the Benicarlo… This was before the wind turned to nothing, our lead became zero and we just got our head out of the pack a mile from the buoy. We got that point, and I am tempted to think that we deserved it!

Then we had to appreciate some fantastic lights when the sun came down, when we have these moments we really feel lucky to do that job!

I am not talking strategy because it is unclear, but it is great to work on scenarios and think that we understand what is happening…

All the guys are in good shape, we are into our watch system. Damian (Foxhall) and Fahad are recovering and Neal is driving with Gilles and Thomas trimming the boat. I am writing but I keep an eye on the instruments. I am obsessed by the “percentage polar”, It is the number evaluating performance.

Alright Ladies and Gentlemen, time to get back on deck and decide if we hoist the genaker or not… 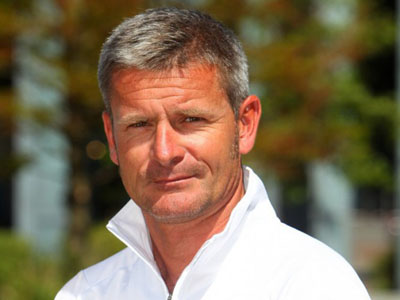