Alex Barry and Richard Leonard reported a beautiful day at the event today (Sun) in Carnac with blue skies and 12 knots of breeze. Three races were sailed in a very steady breeze. After three races today and counting one discard, they had 6, 3 and 1 moving them up into 4th overall.

Another Royal Cork sailor at the event is David Whitaker sailing with Robert O’Sullivan of MBSC and currently lying in 19th position.

They are now mid way through the event with three races scheduled for tomorrow and two for Tuesday. Conditions look the same for tomorrow so the sailors will be hoping for a nice breeze again. 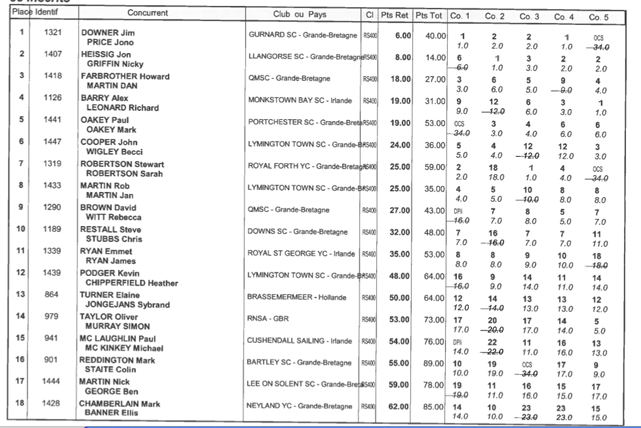 Meanwhile in the 259 mile Myth of Malham race which is a race to the Eddystone lighthouse and back Antix, after leading at the lighthouse  had dropped to fourth pace at the time of writing. However, there are a few yachts not yet finished but it seems unlikely they will lose that position.