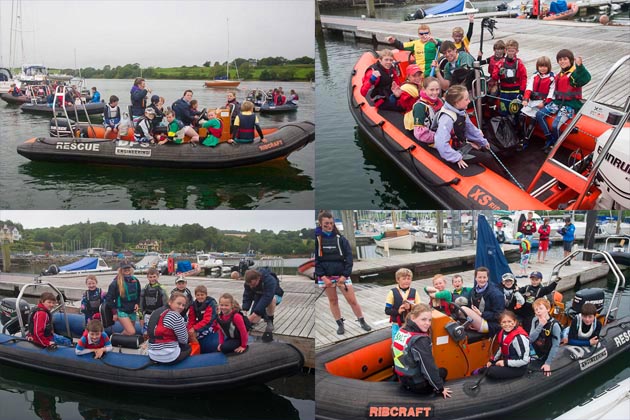 The RCYC Summer Camp Olympians on their way to Whitebay to “Let the Games Begin”. Picture Robert Bateman

It was the Olympic Games on the beach at Whitebay today for the participants in the RCYC Summer Sailing Camp.  Those taking part were in modules and these were Start Sailing, Basic Skills, Improving Sailing and Advanced Boat Handling that are the courses running at the moment under Chief Instructor Emma Hett.

Chloe Crosbie reported that the groups accompanied by twelve Instructors headed off today for a fun Olympics on the beach.  The participating “countries” represented Brazil, France, China, Jamaica, South Africa and New Zealand.  Other reports reaching your scribe indicated that they had a ball on a day filled with activity and fun. The group were suitably garbed for the “Olympic Event” occasion and even included ‘Lightning Bolt’ amongst their number although with painted faces and great dress ups it would be hard to know who was who.

Given that the weather at the moment appears to be foggy mornings with sun not appearing until the afternoon, it would appear to have been a perfect way to spend the day.