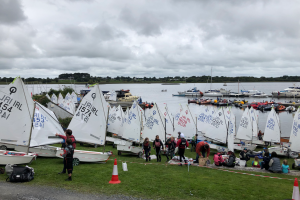 By Craig O'Neill on September 11, 2019 in Junior Sailing, Latest, Optimist 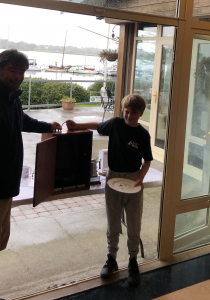 Lough Ree Yacht Club hosted last weekend’s IODAI Connachts event at their beautifully located club close to Athlone, which is situated at the end of a lovely twisty laneway opening up to a vista that delights all sailors, a fabulous clubhouse with great facilities and welcoming people. After arriving the sailors registration was completed very swiftly and the Oppies were parked up ready for rigging in the morning. 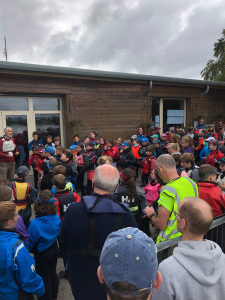 The weather on day 1 was overcast with light northwesterly winds with a promise of sun, which finally came later on in the day, the sun that is! After a comprehensive briefing, the sailors were set to get started. Launching was completed smoothly and swiftly, with them all heading out up to the lake proper onto the racecourse. Unfortunately, the winds never materialized, so only 2 races for Juniors & Seniors, with the 3rd race canceled. The fleet cheered when the race was canceled and all headed back to the clubhouse for a BBQ!

Day 2 was supposed to be even slacker winds, however with a complete wind direction change, now coming from the south, the weather was looking much more promising.  The race officer managed to get in 4 good races which completed the series and ensured for a discard, which made for a successful days racing. The RCYC sailors made the most of the conditions with some great racing from all of them, most managing some personal bests, all coming off the water with big smiles on their faces. The Regatta fleet managed to get in 3 races also across the 2 days, they all had great fun out on the water too, well done! 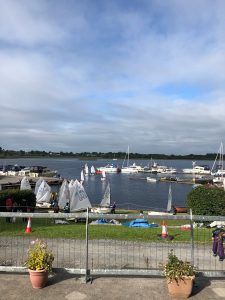 At the end of the series, after the protests were all finally completed and the results updated, the RCYC still came out on top, with Ben O’Shaughnessy taking the 1st place honors & James Dwyer Matthews taking 2nd place. Very well done guys, we’re very proud of not only the 2 winners but the RCYC fleet as a whole! 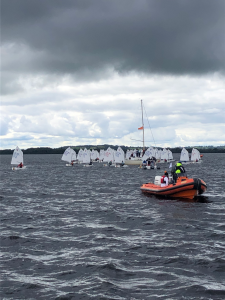 This event brought to a close the years IODAI events, which has been very successful for our RCYC sailors, first place in all the events but Malahide where we got 2nd & 3rd, see all results for the year here: IODAI Results 2019

The official IODAI Final 2019 Rankings have also been published, where we can see once again the RCYC has 3  of our sailors in the top 10 positions, with 2 Seniors, James Dwyer Matthews taking the first place, & Ben O’Shougnessy in 4th, and in the Juniors, Ellen Bruen is 10th, great stuff! Once again, very well done to all of our Oppie sailors, you made us proud once again!

Many thanks to all the parents who helped and volunteered not only during this event but all the events this year, you made it easy to organize and enjoyable too!