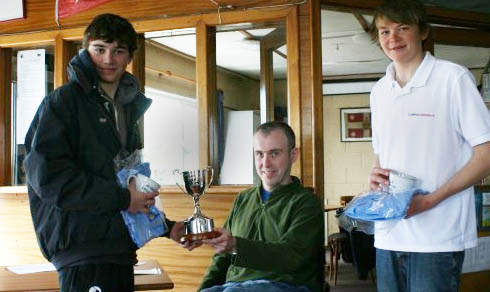 A superb weekends racing was had by the small but competitive fleet. Conditions varied from light and variable on Sunday morning increasing to a moderate southerly later. Strong rain squalls made for exhilarating conditions on the Monday where crews and boats were well tested.

The 420 Munster Championship originally scheduled for RCYC in June has been rescheduled to a weekend in September – the new date will be confirmed shortly.