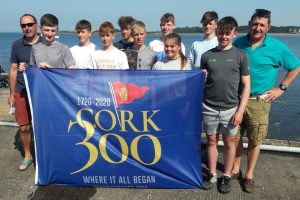 Ballyholme YC located in Bangor Co Down, hosted the 2019 Irish Laser National Championship which attracted over 100 sailors right across the Standard, Radial and 4.7 fleets.

Eleven Royal Cork Laser sailors travelled to compete in the four day event which commenced Thursday through to Sunday last and all performed exceptionally well across every fleet. Race management secured nine highly competitive races across a range of conditions, resulting in a real test of skills for every sailor.

The 30 strong 4.7 fleet witnessed some very close racing as it was nip and tuck between our own Michael Crosbie, Conor Gorman from the National YC and Luke Ansely from Frensham Point SC. It all came down to the final race where Crosbie did enough to finish ahead and win the overall Irish 4.7 National Champion title; A great result and well deserved. 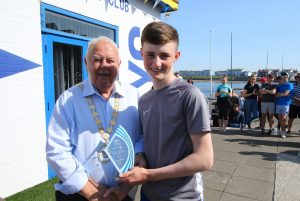 Not far behind was Harry Pritchard in 5th place with some very consistent sailing, while Richard McSweeney competing in his first competitive Laser event did very well to secure 7th place. Another ‘freshman’ to the fleet Hugh Lynch, finished 10th . Our youngest competitor, Simon Pritchard, in tough breezy conditions managed very well over the entire event.

The 46 strong Radial fleet was also highly competitive and Micheal O’Suilleabhain reigned supreme to win the overall title; A great result achieved by keeping the challengers consistently in his rear view mirror from very early on in the Regatta. 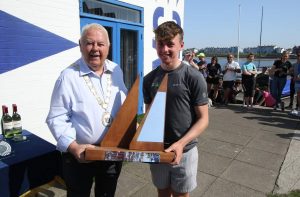 Next up was Rob Keal who secured 10th place overall and taking a bullet in race 5 in the process. His club-mate Jonathan O’ Shaughnessy wasn’t far behind in 15th place while Kate Fahy rounded off the Royal Cork Radial fleet involvement by taking 2nd Overall in the Silver fleet. 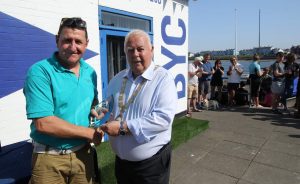 Finally to round off a highly successful regatta for our sailors, the ‘Best Overall Club Prize’ was awarded to the Royal Cork Yacht Club for the combined performance of Nick Walsh in Standard, Rob Keal in Radial and Michael Crosbie in the 4.7 fleet. 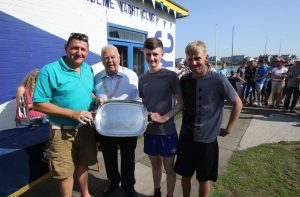