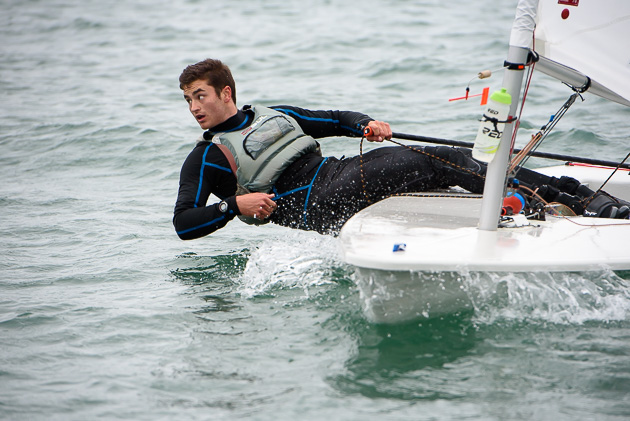 The third running of the event provided a hugely cold north eastern wind that kept the water somewhat flat but provided great racing for the competitors with lots of strange contortions being formed providing entertainment for the spectators. 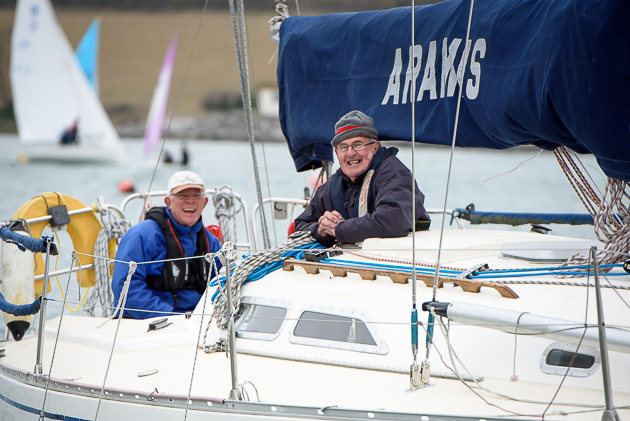 Despite the cold weather there were spectators both ashore and on the water. Pictured Paul Hassett and Pat Vaughan well kitted out for the cold.. Pic Robert Bateman

The course set was a fetch from the start through a gate and from there to the weather mark up off Currabinny and then back to the gate and a number of rounds of this course.

The fleet consisted of everything from Toppers and Topaz through Mirrors, Enterprises, Laser 4.7 Radials and full rig, three RS 400s, an International 14 to editions of National 18s including New National 18s with pride of place going to Ewan Barry sailing 404 sporting the new square top mainsail. 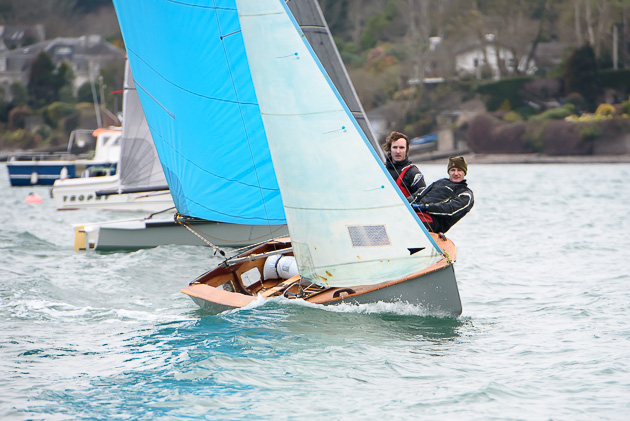 David Lane and Ian Heffernan who won the prize for having the oldest boat sailing. Pic Robert Bateman 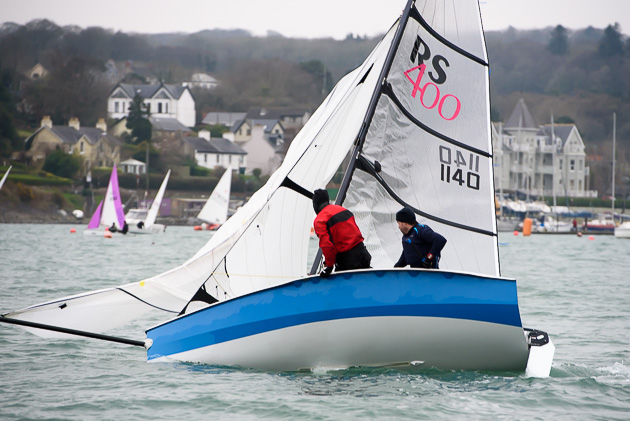 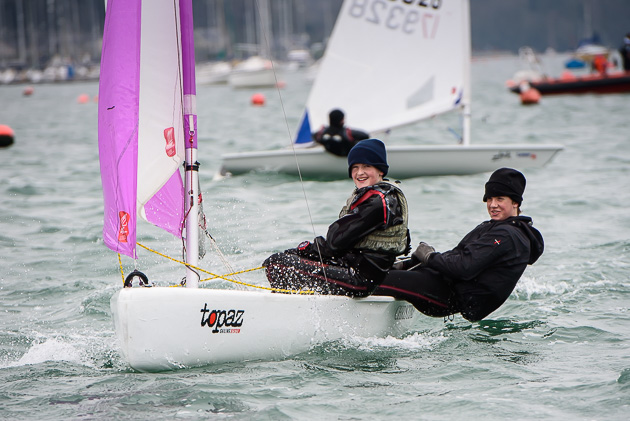 When the handicaps were eventually worked out it was Laser Full Rigs took first and second places with Darragh O’Sullivan winning the cheque for €700 and William Duane winning €200 while David Carroll in a Topper took third place and a cheque for €100. Fourth place went to Tara Coveney in a Laser Radial and she also took the place for the youngest girl. 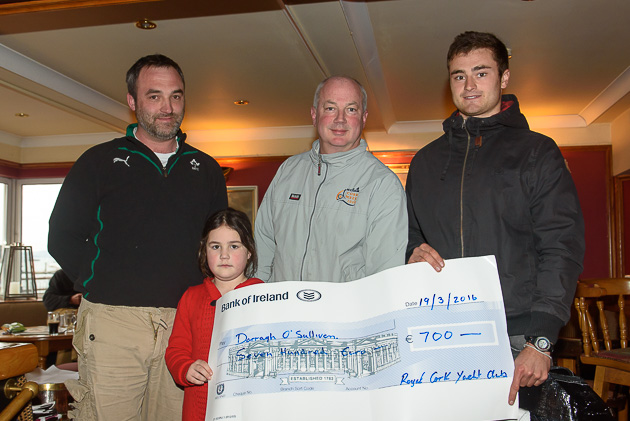 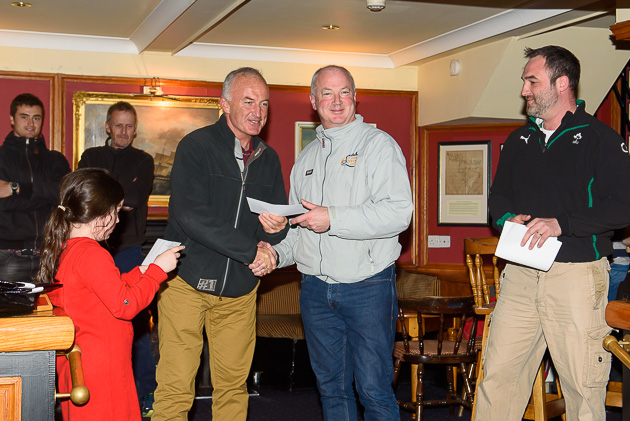 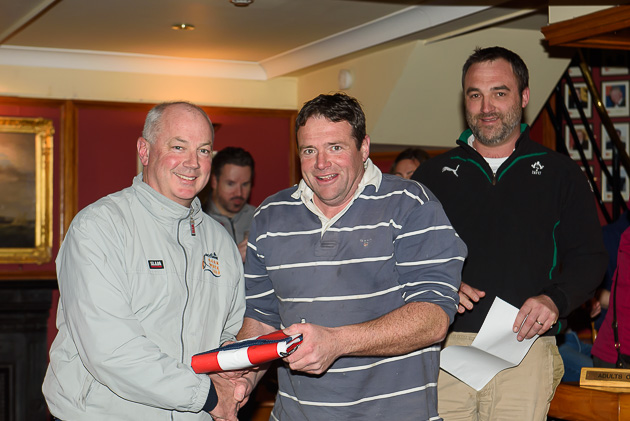 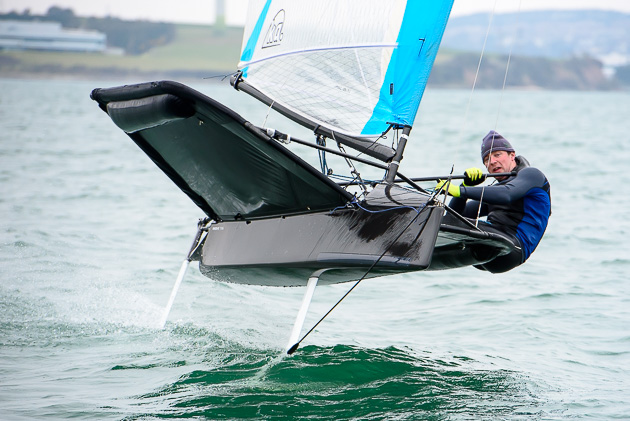 Although not sailing in the event, David Kenefick entertained the spectators  on his foiling Moth. Pic Robert Bateman 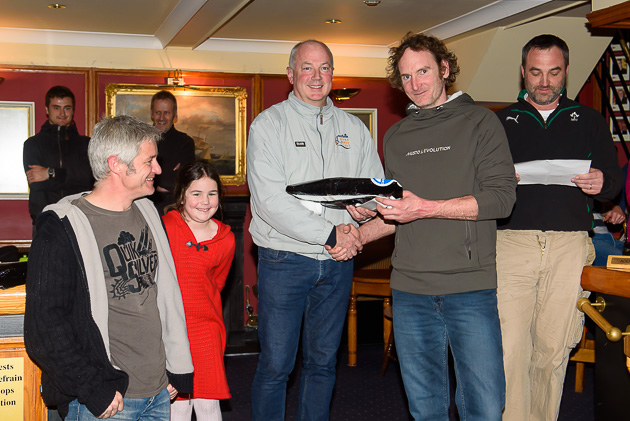 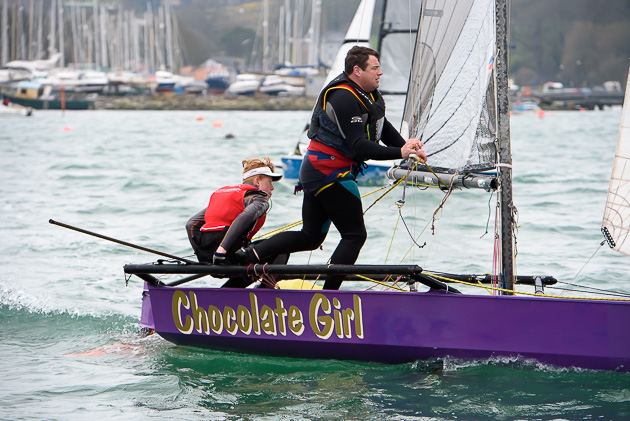 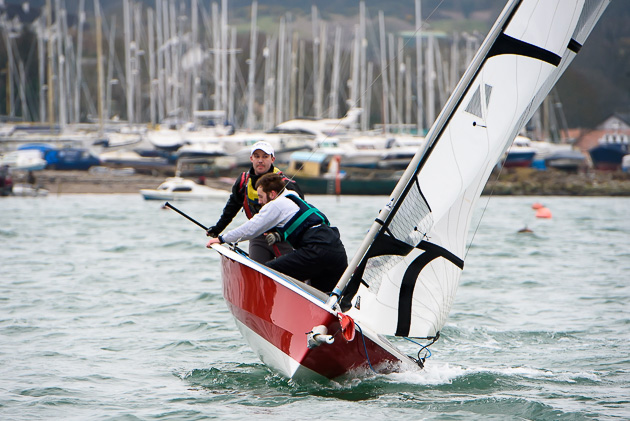 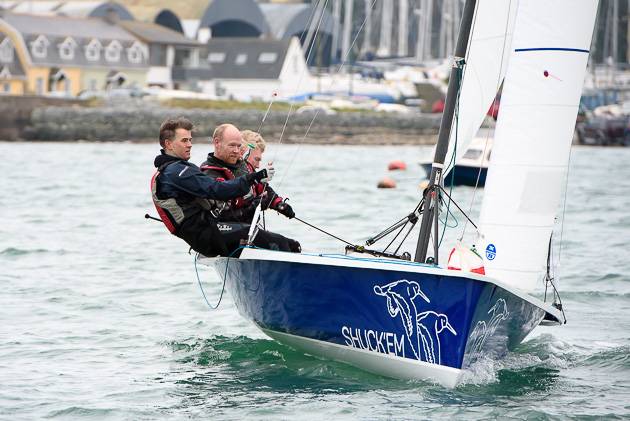 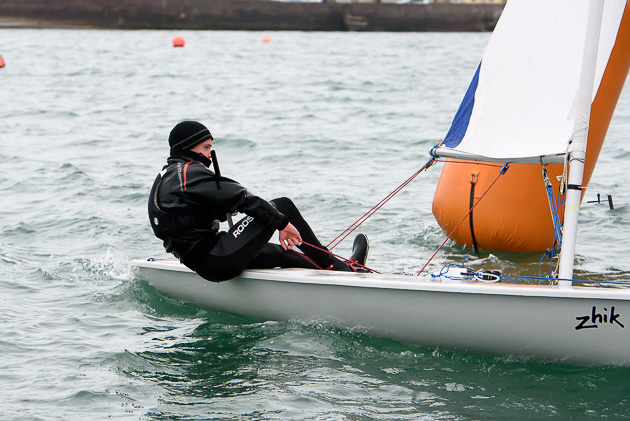 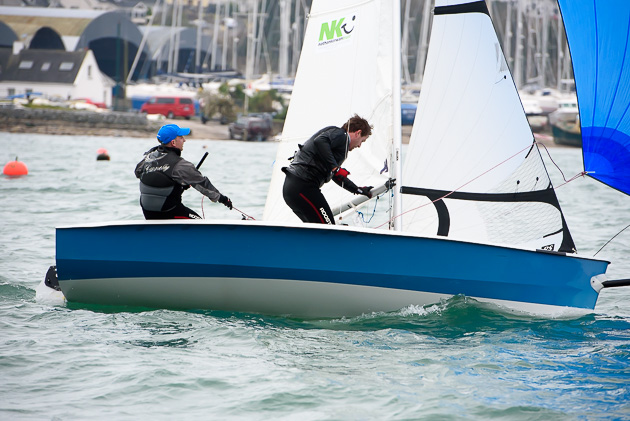 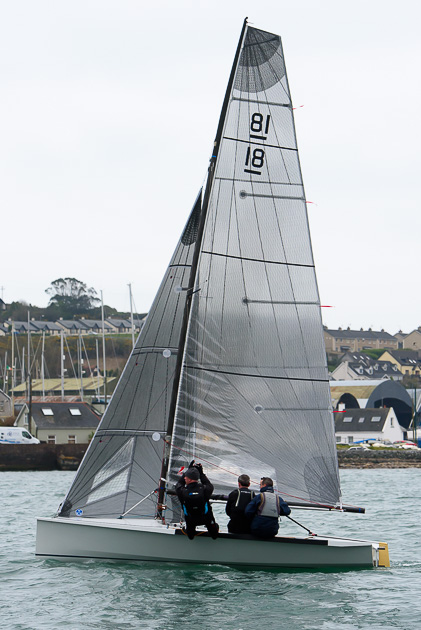 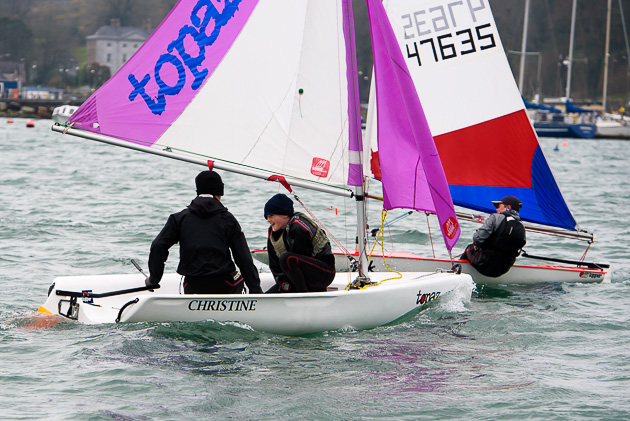 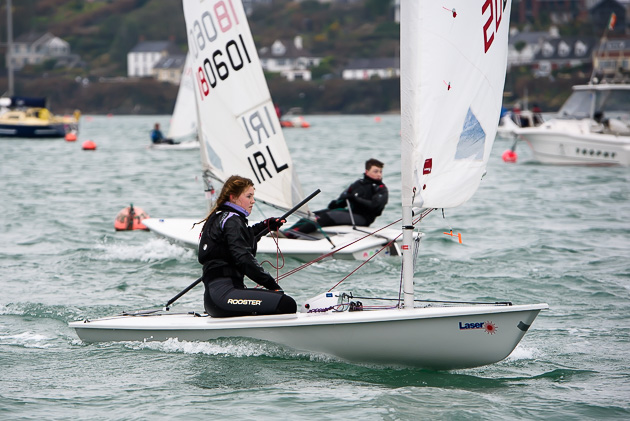 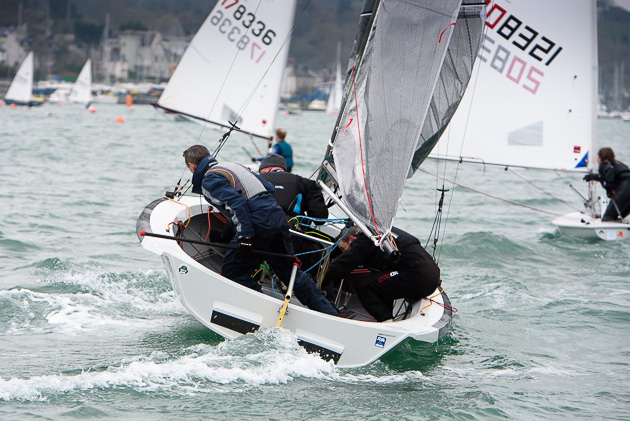 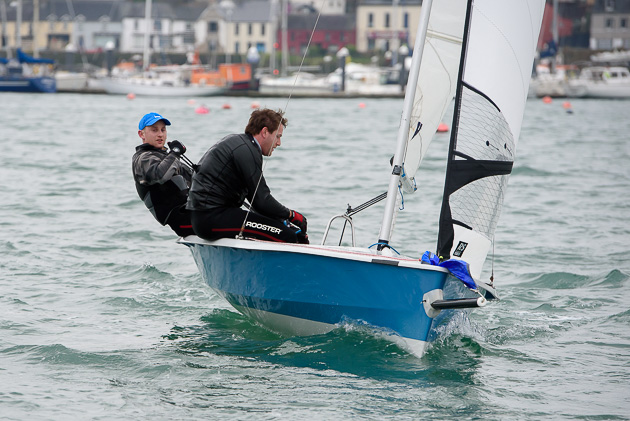 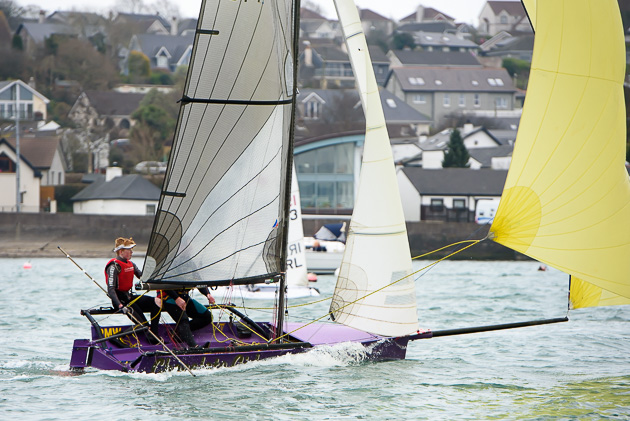 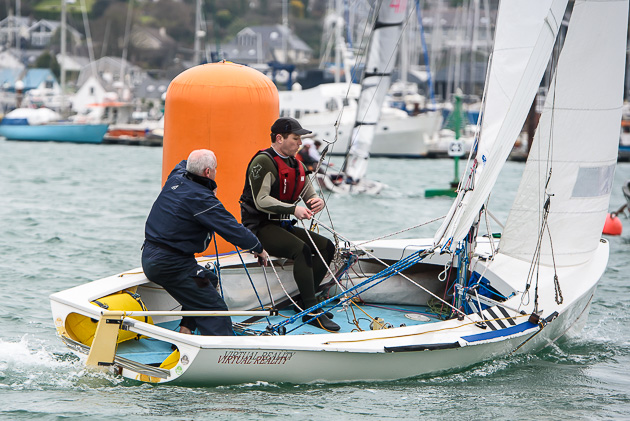 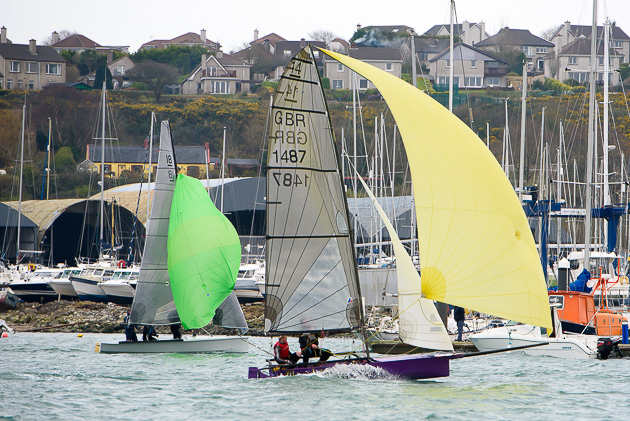