Monaco Yacht Club was home to twelve international optimist dinghy teams last weekend, with both the Royal Cork and Ireland being well represented by four of our optimist sailors. 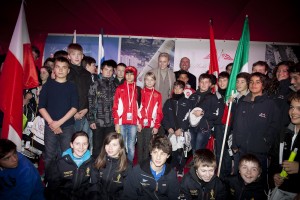 The three day event was formally opened last Friday when HSH Princess Charlene of Monaco made a special visit to the yacht club to encourage all the teams on the opening day. Racing commenced soon after in light airs where the format was round robin to ensure that each team raced against all other teams. Racing was tight with a total of forty two races sailed throughout the three days. 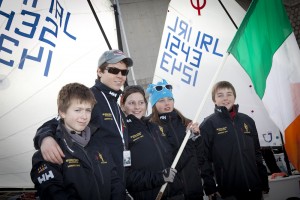 By Saturday evening the top four teams at that point in the competition qualified for the finals on Sunday; The Royal Cork team was amongst these finalists and finished the competition in fouth place; A great result and credit to the team for a strong performance ( team members above are D. Elmes , C. Breen , G. Kingston (coach) , R. O Shaughnessy & H. Whitaker (team captain).

View all posts by mccannm →