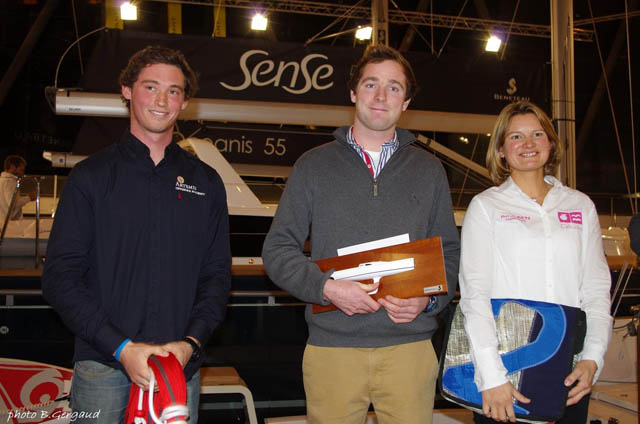 Cork sailor David Kenefick was in Paris last weekend to collect his prize for the Championship of France Solo Offshore Racing – one of the most prestigious sailing events in France.

The 22-year-old Royal Cork Yacht Club sailor débuted at the La Solitaire du Figaro in June, the world-renowned race which comprises of four legs of approximately 400-500 miles of single handed sailing. David finished the 2013 session by became the first non-French person to win the rookie division of the Championship of France of solo offshore racing. 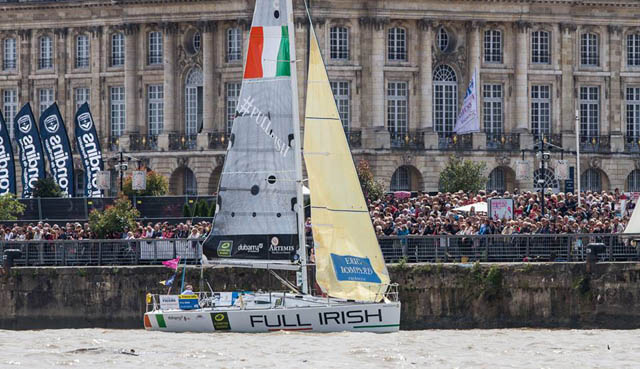 He said: “It’s amazing to be the first rookie after a very hard and stressful year and it has given me great encouragement for 2014. The Figaro race was extremely tough but I stuck at it, chipped away all year and learned a lot. Not just about how to do better in this very tough fleet but also about the mistakes I made earlier in the year and how I was going to improve from them. Straight after the Figaro I had some of my sails recut and I’ve found it has made a difference. I’ve also been working on trying to secure new sponsors, not only a title sponsor, but small partners and sponsors to join me on board Full Irish for 2014. I have now committed myself to do next year’s La Solitare du Figaro and am already fully immersed in my 2014 program. I will move to France in January and begin training on board Full Irish before competing in the Solo Maitre CoQ in April. In May, I will use the Solo Concarneau as one of my last warm up events before the famous La Solitaire du Figaro in June, which is going to be very tough.”

Last Weekend the course for the 45th edition for the La Solitaire du Figaro was announced with a total distance of 2014 miles, and looks to be one of the toughest courses of the history of the race.

The first leg will be from Deauville to Plymouth via the Isle of Wight, Wolf Rock and a laid buoy off Roscoff, before the finish in Plymouth. The first leg alone has three channel crossings – no easy task for a full crew, never mind one person racing alone.

Leg 2 takes the fleet from Plymouth around the Fastnet Rock before finishing in Roscoff.

Leg 3 will be from Roscoff to an unnamed port in the Vendee region. Most of this leg will be raced in inshore waters going south along the French coast, before heading out into the middle of the Bay of Biscay to a buoy before then heading to the finish line.

Leg 4 starts from the Vendee region and takes the fleet back North along the West coast of France, before heading across the English channel leaving Wolf Rock to Port, before sailing down the Channel to the Needles Fairway buoy just off the Isle of Weight, then taking the fleet back across the English channel for the sixth time to the finish in Cherbourg.

David is obviously very happy and at this stage has found his path in life which he wishes to follow, challenging and difficult though it may be.

All at the Royal Cork Yacht Club will be watching his career with interest and wish him well in his efforts.