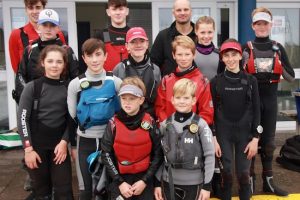 We are delighted to welcome Michal Gryglewski to the Club as our Performance Coach this Winter.  Michal has a Bachelor Degree from the Department of Health and Physical Education, University of Szczecin, Poland and is now a full time professional sailing coach.  His achievements include Optimist Team Racing World Champion in 2004, 4th in the 2003 European Optimist Championships and 1st at the 2003 German Optimist Nationals.  He then moved to a Laser and as part of the Polish Olympic Laser Team has been three time Polish National Laser Champion and 5th at the Laser Standard European Youth Championships.  Michal has worked with the Laser Youth Sailing squad in Restronguet – Cornwall, Black Rock Yacht Club – Connecticut and the Optimist Fleet in Howth Yacht Club over the past number of years.  Michal has also been a regular coach at the IODAI Spring Training Week held in Baltimore annually and recently accompanied our team to the Warsaw Optimist Team Racing event.

The Optimist Class are building on last year’s coaching corner stones and following a coaching forum held during the Summer where parents gave their inputs, the class have announced an extensive Coaching Programme for all levels of sailor up to and including Trials Support for next April.  Michal will be supported by our Club team of Peter McCann, Eoin Lyden and others over the coming months. 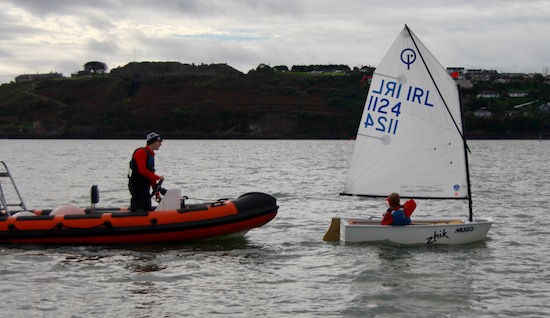 I would like to take this opportunity to congratulate our sailors that were selected for the Irish Sailing Volvo Optimist Squad 2017/2018 – Anna Keal, Michael Crosbie, Harry Pritchard, Simon Pritchard, James Dwyer Matthews and Richard McSweeney. 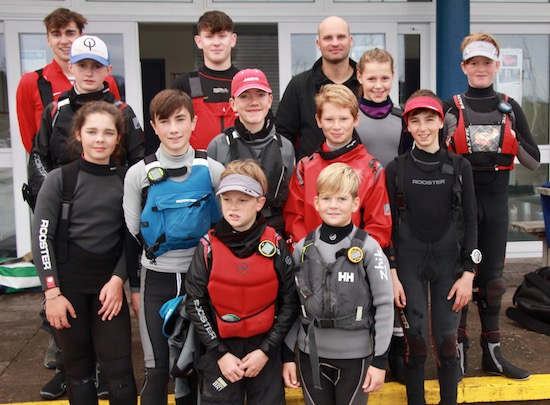 Happy sailors ready to launch this morning with coaches – Michal, Peter and Eoin.

The Cobbler League continues tomorrow (Sunday).  PRO Ciaran McSweeney made the decision to stand down the Regatta and Junior Fleets last weekend given the weather conditions so only 12 senior fleet sailors got any races completed.   It is expected that all fleets will race this Sunday with an expected 60 sailors taking to the water.

Michal is coaching the Optimist Performance Group on Saturday and our Laser sailors on Sunday.  We wish Michal a warm welcome to the club and continued success to our junior members in their Winter Programmes.