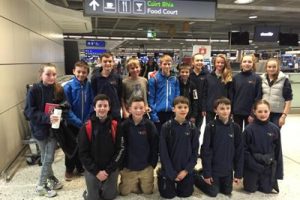 Six optimist sailors from the Royal Cork are heading to the 15th Annual Euromed Malta Championship this week.  The event is run over 4 days 19 – 22 December and this year has record entries of 120+ from 9 countries – Cyprus, Ireland, Russia, Spain, Italy, United Kingdom, Greece, Romania and Malta.

This year’s entries include Ebru Bolat from Romania who last July was declared the overall Optimist European Girl Champion 2014 in Dun Laoghaire.  Bolat is competing in her third Euromed event which she has yet to win.

Best of luck to all the Irish sailors and coach – Thomas Chaix.  Enjoy the sunshine and sailing!