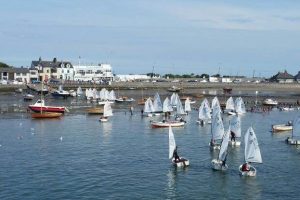 This year’s Optimist National Championships were held in Skerries Sailing Club where almost 200 hundreds sailors from Ireland and abroad battled it out across 4 days in what was very close competition. It was great to see RCYC had a large number of entries with 7 regatta fleet sailors, 18 in junior fleet and 5 in senior fleet. The event was sailed in light winds ranging from as little as 4 knots up to about 14 knots at times. Though the winds were manageable for nearly all competitors it was those who figured out how to manage the shifty conditions coupled with strong tides who rose to the top in the results. It was a wonderful four days days on the water where luckily the race committees managed a full complement of races in both main and regatta fleet. The Regatta Fleet😀 Big congratulations to our regatta sailors who sailed really well all this week. The regatta fleet is a lovely introduction to racing for younger sailors where the children have a balance between coaching and racing and where fun is the priority! We had Anna Keal, Lucy Bateman, Jamie Venner, Simon Pritchard, Alana Twomey, Max Coveney and Charlie Venner competing- well done all! Anna Keal was 3rd and won an age prize. She is going home with a new sail tonight-wow! Jamie Venner sailed fantastically during the week to win the regatta fleet nationals comfortably- well done Jamie!🏆 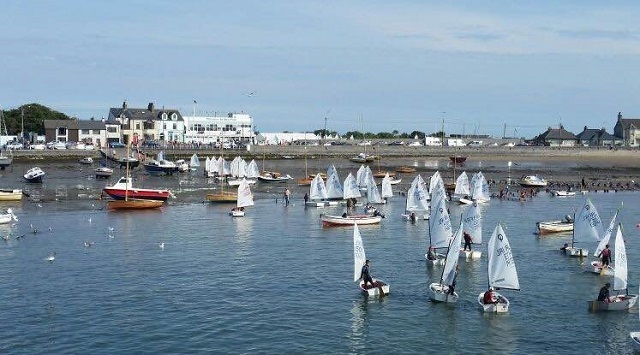 The junior fleet this year was contested by a huge 94 boat fleet, who all started together, which made staying out of trouble the main task for the week. Great to see RCYC with a large number of young sailors in the fleet- they are the future of the class for sure! In the junior fleet we had Harry Twomey, Rory O Sullivan, Cillian Foster, Ben O Hare, Eoin Horgan, Aoife Byrne, Michael Crosbie, Patrick Bruen, Adam Power, Harry Pritchard, Justin Lucas, Conor Aherne, Jonathon O Shaughnessy, Charlie Neville, Conor Walsh, James Hassett, Killian O Regan and Rob Keal. In terms of results RCYC won best club in the junior gold (great job Harry Twomey, Rory O Sullivan and Aoife Byrne whose results won this prize) and we had 9 sailors in the top 15 in junior. What an achievement! Ben O Hare did an excellent job to win junior silver and a big shout out has to go to Rory O Sullivan who was leading the juniors into the last race and sailed brilliantly but luck was not on his side as two boats outside of his control fouled him during the race. There’s always next time! The junior fleet sailors were coaches by David White and Jill McGinely. 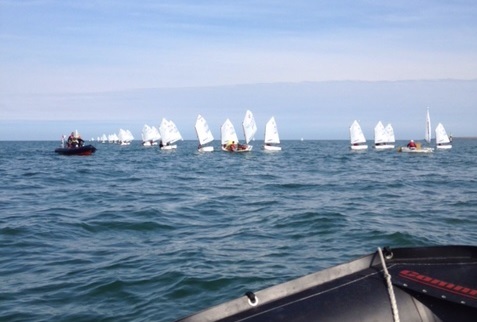 The senior fleet racing was totally different ball game as there were only 43 boats on the line. This meant the sailors had to make good decisions upwind and that coming back from a poor start was always a possibility. In the seniors we had some great individual results during the week from all sailors. RCYC had Jack Young, Cathal O Regan, Sophie Crosbie, Conor Horgan and Kate D’arcy competing. Jack Young picked up 5th silver-well done Jack! Cathal O Regan sailed a very consistent series to come a fantastic 6th Irish but was unfortunately caught on the wrong side of 2nd to 6th place where only 1 point divided all the sailors! Katie Tingle coached the senior kids during the week.

Well done everyone-a great week’s sailing done and dusted. We look forward to seeing you all out on the water in Crosshaven again soon!⛵ 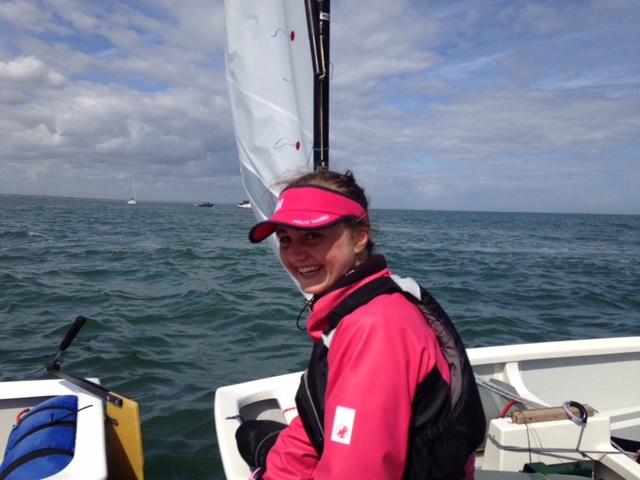