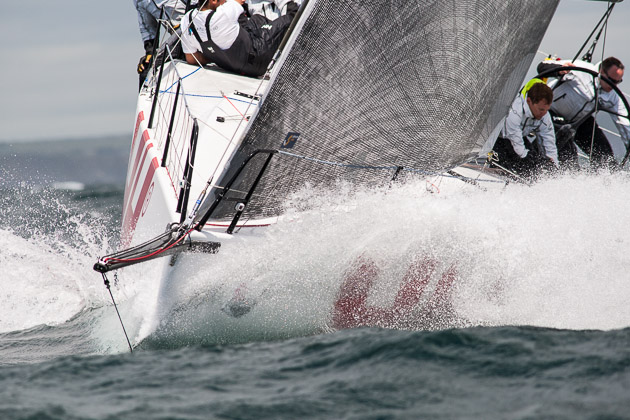 Keronimo powering to the finish line in Race one today. Picture Robert Bateman

This morning (Fri) dawned  bright enough but a little bit cloudy at times and there was a smell of wind around.  Sure enough, when the yachts poked their noses outside the mouth of the harbour the wind was up to 15-20kts and with a west going stream and a westerly breeze there was a large swell being thrown up.  This led to a number of retirals during the day in most fleets and was a game changer in many instances on the scoreboard. 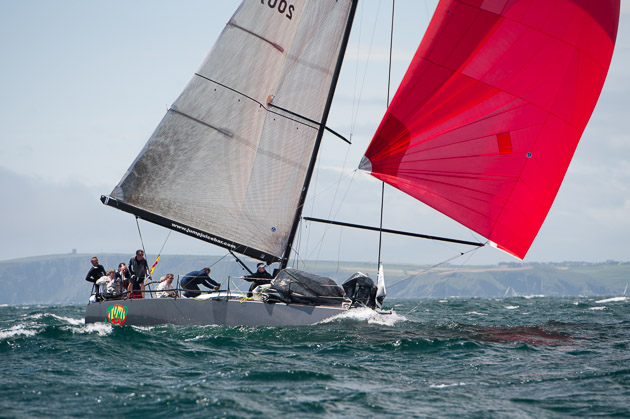 The 1720s tucked neatly into Bullens Bay and in the stronger conditions Peter O’Leary BSC/RCYC had three wins today.  However, there is a group of four behind him with only five points separating them.  Tom Forester-Coles 29, Anthony O’Leary RCYC 31, Ben Cooke BSC 32 and the O’Shea/Durcan T-Bone RCYC, sailed by Nin O’Leary had a second in the first but carried maximum points in the two subsequent races. 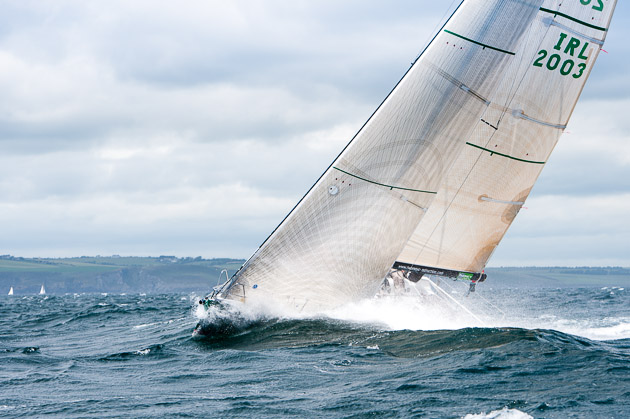 Gloves Off on the windward/ leeward course. Picture Robert Bateman

Meanwhile, Classes 0 and 1  were sailing on the windward/leeward course and as they were furthest out to sea got the toughest of the conditions and even  the committee boat had difficulty in anchoring.  Keronimo had a clean sweep with two wins on the day.  Gloves Off RCYC is lying next followed by Impetuous SCYC and Jump Juice RCYC.  Jump Juice had two seconds today. 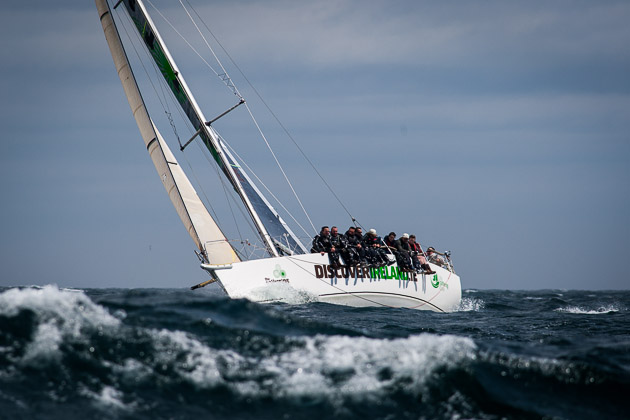 In Class 2 the leader board has changed.  Anthony Gore-Grimes in Dux is on 13 points but Leonard Donnery RCYC sailing Cavatina is just one point adrift and the Waterford raider Shane Statham ln Slack Alice lies third with 16 points .  Desmond/Ivers/Deasy RCYC are on 22 points but Paul and Deirdre Tingle RCYC, still coming to grips with their new Corby 25, can be very satisfied today with a fifth and sixth bringing themto 25 points.

In Class 3 John Twomey continues on his merry winning streak clocking up his sixth win out of six races with Bandit and An t-Oileanach of RCYC lying 3rd and 4th respectively. 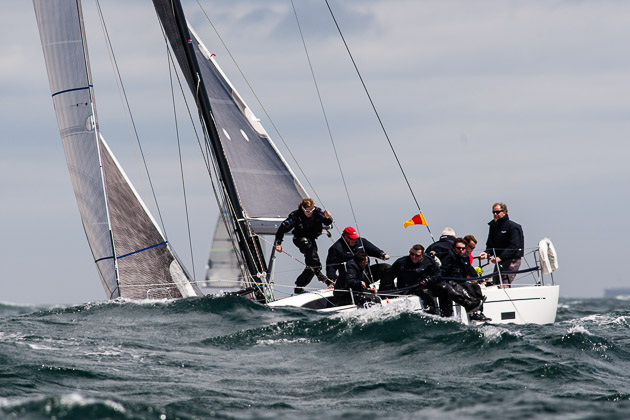 A report today erroneously stated that not one National Champion  from the ICRA Nationals at Fenit was sailing at Kinsale in  the Sovereign’s Cup. This is incorrect as Anthony O’Leary RCYC who won his Class at Fenit preferred to sail his 1720 in the European Championships at the Sovereign’s Cup.  Barry Cunningham RIYC who won his class in Quest at Fenit  is  also sailing in the Quarter Ton Class at Kinsale.

Kinsale Yacht Club, Covestone Asset Management and the weather have  all combined  to produce an outstanding event  that will conclude tomorrow (Sat) with two final races.