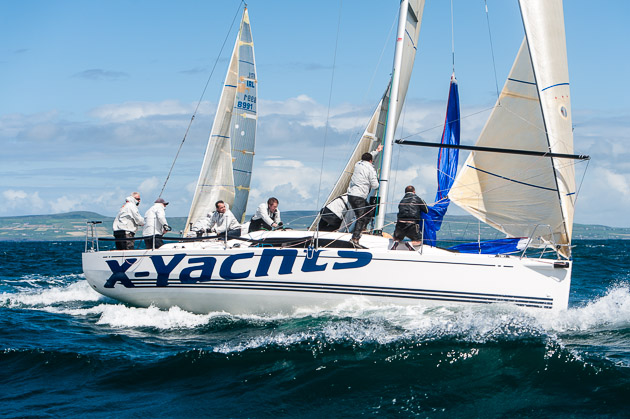 The ICRA Cruiser National Championships faced a three hour postponement due to weather on Friday and today Saturday.

The Race officers achieved getting the boats on the water Friday afternoon and succeeded in getting in a single Race to give them a Championship. Today they had to abandon efforts to achieve any racing due to wild conditions in Tralee Bay.

In Class 2 IRC ‘Checkmate’ claimed her third bullet followed by ‘Disaray’ and ‘Smile’.

Dubarry sponsored excellent day crew prizes with Boots, Bags, Hats and Wallets for all the crews recognising that sailing is a team sport.

Today’s racing was abandoned after postponement as there was no let up in the strong winds and gusty showers.

The 2013 ICRA National Champions are:

Prize Giving is scheduled for 5.30 pm today(Sat) in Tralee Bay Sailing Club and a wild party is promised to make up for the weather !!