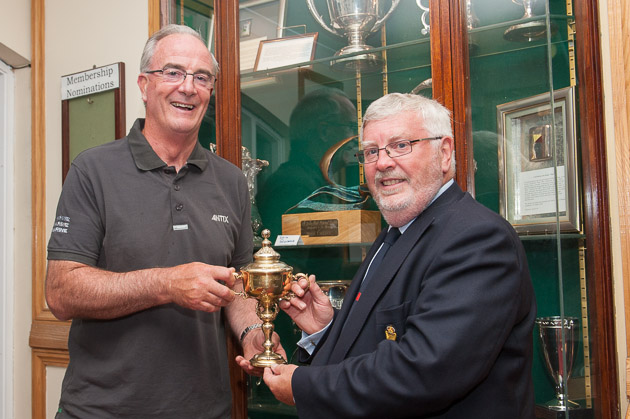 Last evening was a true celebration at the Royal Cork Yacht. It was the occasion of Ireland’s Team Captain, Anthony O’Leary, returning for the second time to his home base bearing the magnificent Commodores’ Cup first won in 2010. Admiral Pat Lyons, members of the Executive Committee, members and staff were on hand to join in with the enthusiastic welcome accorded to the Irish team members present and the Admiral accepted the presentation of the Commodores’ Cup to display where all can admire this beautiful trophy. Also joining in the celebrations were David Lovegrove, ISA President, and Norbert Reilly, Commodore, Irish Cruiser Racing Association. The gathering enjoyed a drinks and finger food reception before going on to the official part of the evening.

Admiral Lyons in his welcome and congratulatory speech welcomed everyone and was proud to illustrate how sailing develops from the youngest members in their Optimist dinghies right through the ranks to the ultimate accolades at the highest end of sailing. He also pointed out that of the thirty one members of the Irish winning team at Cowes no less than fourteen of them were from the Royal Cork Yacht Club and said he would like to emphasise it was not just the winning of the event but the manner in which it was accomplished with a tremendous margin of almost 175 points. 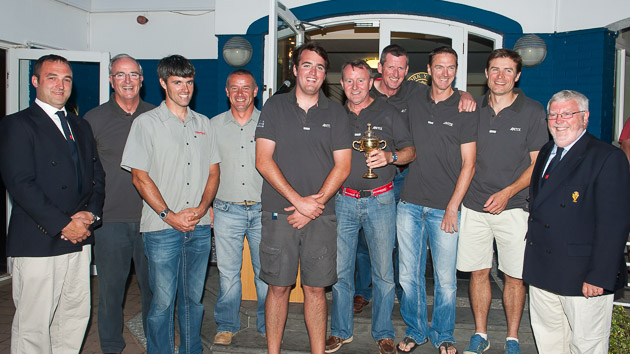 In his reply Team Captain Anthony O’Leary endorsed the Admiral’s comments regarding junior sailing and none better to do this as he has been involved in the promotion of the juniors since the early nineties and especially in the promotion of Optimist sailing. He then went on to give due credit to the other team skippers of the Irish Team, Marc Glimcher from the United States. He mentioned that Marc had added Patrick to his name during the week to assert his Irishness . He then went on to explain the difficulties experienced by the co-charterers of Quokka 8, Michael Boyd and Niall Dowling, in trying to overcome delays in having the boat returned from the Carribean and the magnificent effort they put into chartering other boats to work up with the squad while awaiting Quokka’s return and one can only marvel at the results obtained. 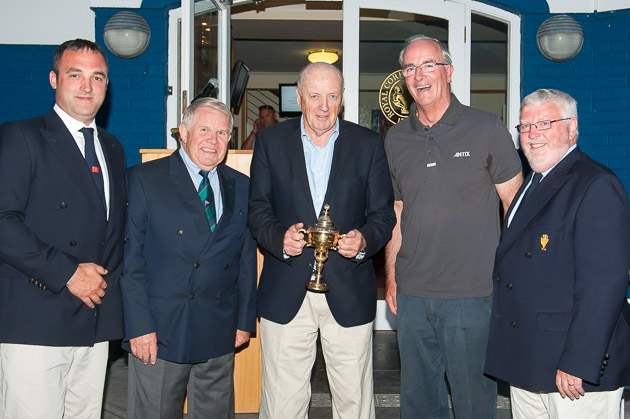 ICRA Commodore Norbert Reillly spoke and told of the astonishment of the other teams at how the event was won. Where the other countries had boats for heavy weather, light weather and where we had a Ker 40 they had two Ker 40s. Where Ireland had a Grand Soleil, they had a Grand Soleil and where we had a Ker 39 they had a Ker 39 and he jokingly mentioned that he was sure Ker 39’s would now treble in value throughout the yachting world which resulted in a round of applause and cheers. Commodore Reilly didn’t miss a trick and also pointed out that the Irish had “cleaned out all the other trophies at the Commodores’ Cup event”. 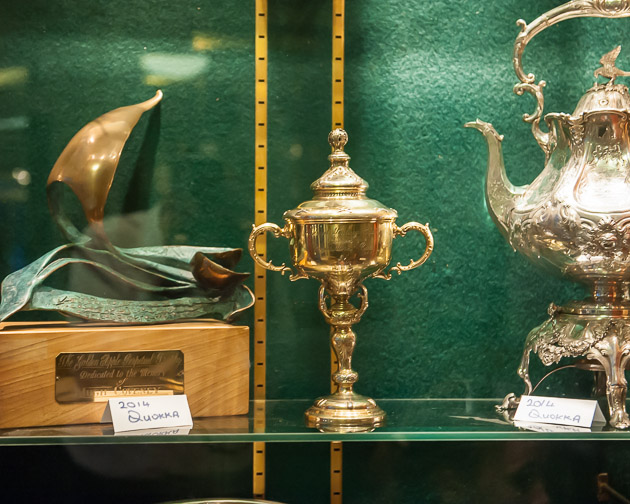 Following the finish of the official welcome home, the prize giving took place for the final night of the Marshall Marine League.