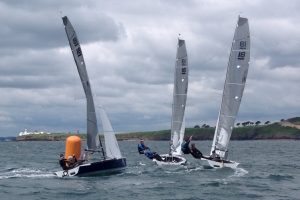 Seven of the ‘new’ National 18’s took to sea last Saturday to compete for the much coveted Donnelly trophy. Ideal conditions made for great racing just south of roches point, where the racing was very close much of the time throughout the series.

Race officer Rory Fitzpatrick set a decent windward/ leeward course of which two rounds were required for each of the three races.

Colin Chapman and crew were forced to bow out in race one when they tore the top of their mainsail. Of the remaining fleet , Ewan Barry and his crew showed good form and consistency to take overall honours for 2016 (pictured below). Nick Walsh and crew finished a point behind in second, followed by Ronan Kennealy and his crew in third place.

Midweek league racing continues as normal this coming Wednesday for the National 18’s and mixed dinghies. 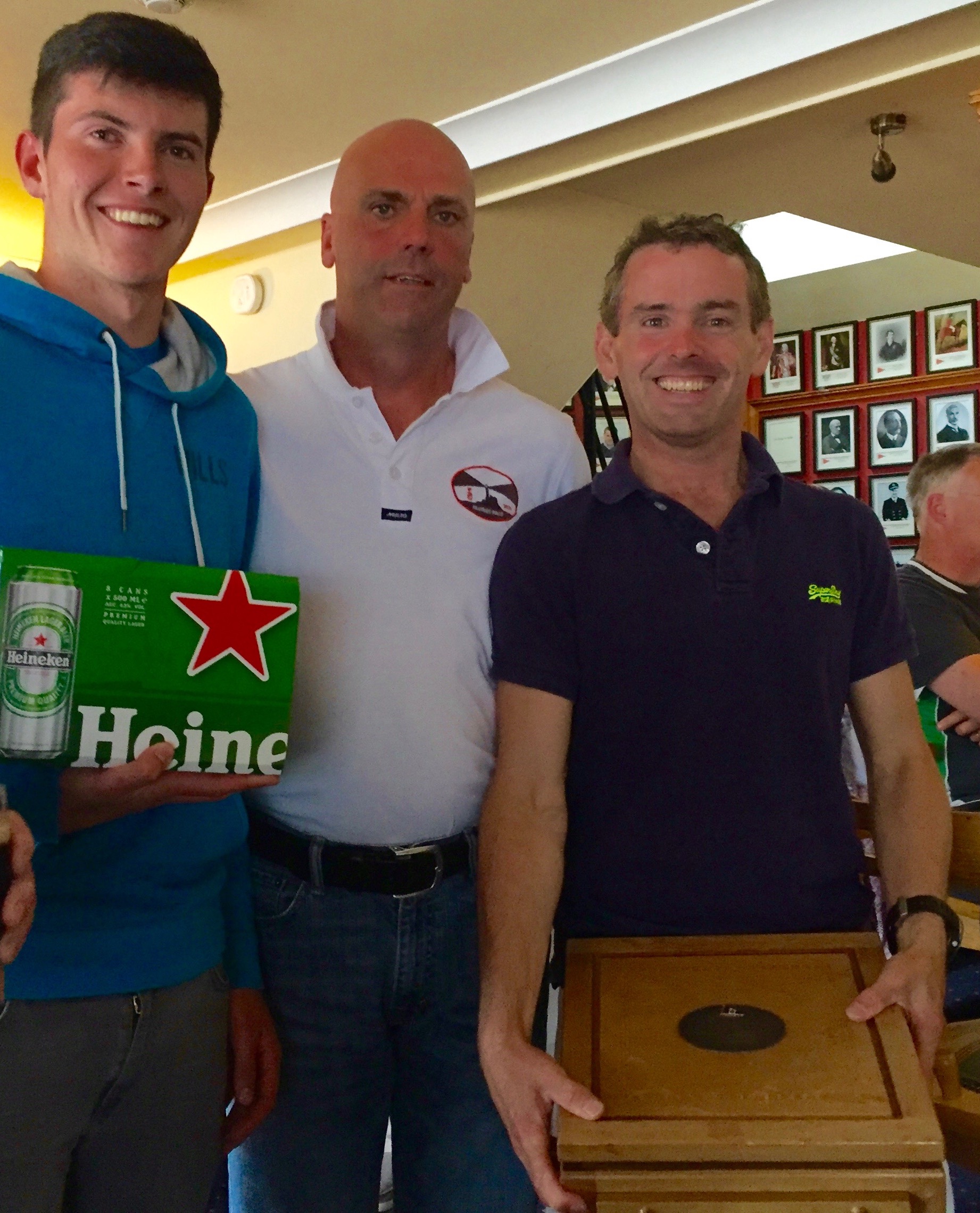 Royal Cork flies the flag at the Optimist Worlds!
Royal Cork Laser Sailors Heading To The (Other) Euros in France