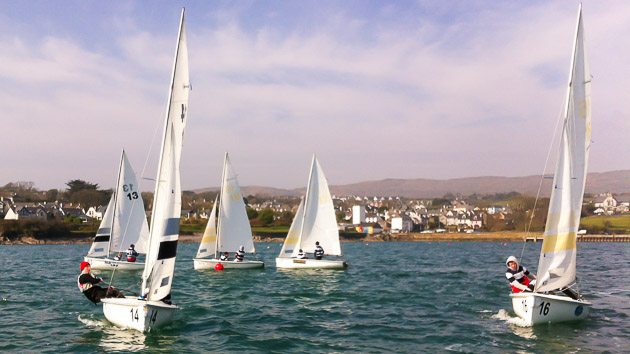 The second day of racing at the Munster Schools Team Racing Championships sailed yesterday was a huge contrast to the first day’s racing last week. Yesterday’s racing took place in light to medium 6 to 10 knots of wind in glorious sunshine.

The second round robin of 36 races saw some great racing with Schull Sharks coming out on top losing just one race out of the two round robins. The second and third spots were filled by PBC 2 and PBC  1.

Competition was intense for the Munster Competition and all competitors are now looking forward to the Nationals when no doubt the level of competition will be upped again.

Now qualified for the Nationals that will be sailed at Schull on April 18th and 19th next are: