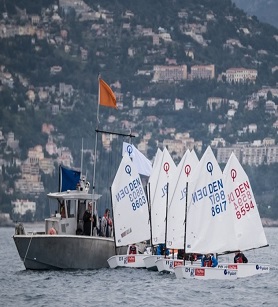 The Royal Cork Optimist team for the Monaco Team Racing Event 2020 left Cork airport at 6am on Wednesday 8th January for Nice via Amsterdam.  Their arrival was well greeted by Monaco Yacht Club representatives.  It was great to meet up with the opposition teams at the apartments that hosted all the competitors and jurors.

Thursday morning (day one of racing) had a brilliant atmosphere around the club with beautiful weather and a brilliant opening ceremony to bring all competitors together.  After a one hour postponement we were given the go ahead to launch and head to the race course.

Just as all the competitors got to the race course a sea breeze of roughly ten knots filled in for perfect team racing conditions.  On day one fifty four races were completed overall across both race courses with Royal Cork completing five excellent races against some very strong competition.

Day two (Friday 10th) dawned with more unsettled weather with a touch of misty rain, but some nice gradient breeze from the south west clocking west as the day went on.  This was a long day for the sailors launching at 0930 and recovering at roughly 1700.  Day two, between two courses, had one hundred and twenty six races completed over the seven hours on the water.  The team sailed very well against the more experienced team racers they were competing against.

Day three (Saturday 11th) we had very similar conditions as day one with plenty of sun and a sea breeze that filled in at around 11:30 bringing the heaviest wind all event with breeze up to sixteen knots with a small chop.  This caused the jury on the water to have a busier day, but all went well with forty nine races completed, five for Royal Cork against the likes of the USA national team.

Missing out on the finals, day four (Sunday 12th) we had a one final race a grudge match against Croatia for our final position who earlier in the event we drew with, but lost on count back so we gave it our all, and came out the better side winning our final race for our overall final position.

Overall it was a fantastic event and the four sailors, Harry Moynan, Oisin Pierse, Rian Collins and Liam Duggan, represented the club excellently with a number of opposition team parents and coaches giving great feedback about the sailors.  The sailors came away from the event having learned so much about Team racing, having learnt new skills and having gained experience of racing against some of the best Optimist team racers in the world.

The class would like to thank Team Mum, Mary Jones, and Team Coach, Cian Jones for looking after our sailors so well and guiding them through this exciting event. 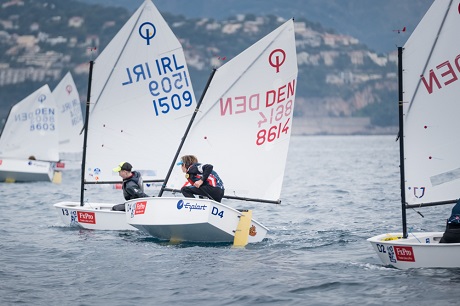 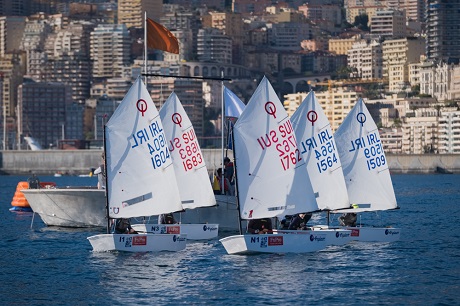