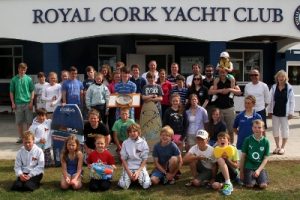 What a great weekend for a Mirror revival at the Royal Cork. Saturday started with a light, but consistent breeze of 6 – 8 kts. While the heavens opened in Cork City, it was warm and dry on the bank and PRO, Dave O’Brien, delivered 4 good races to the 23 competing boats. Sutton Dinghy Club’s Shane and Oscar McLoughlin established an early lead and local combo Richard McGinley & Kelly Williams finished the day 4th overall, not bad for their first outing in the class. Sunday was much lighter but Dave delivered another 2 races to complete the series. Shane & Oscar held onto their lead to win first overall, while local crew Luke McGrath helped his helm Beth Armstrong (Sligo Yacht Club) to 3rd overall and Richard & Kelly won best local boat, finishing 6th overall. Well done also to Robbie O’Sullivan, who won best ‘Golden Oldie’ with the help of his crew Rob Keal. Also to Peter O’Donovan who, with his 6 year old niece Alex Harrington, managed to beat his arch rival Stephen O’Shaughnessy by 2 points. Stephen himself achieved ‘best male helm over 52’. Well done to all and let see some more Mirrors out with the mixed dinghies on Wednesday evenings and Saturday afternoons. Thanks to Paul Keal for the photographs. 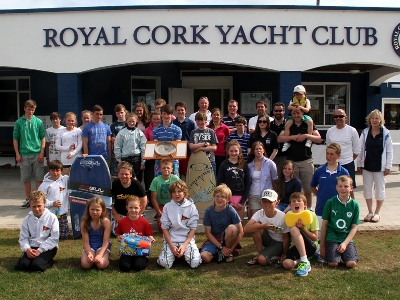 Royal Cork’s Jelly Baby lifts J109 National Title at Dun Laoghaire over the weekend
A long day and now a long, long night ahead in the Brewin Dolphin Commodores’ Cup