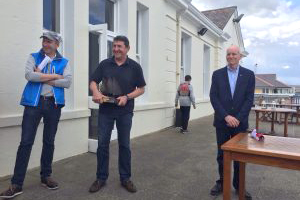 Conditions were tricky and unpredictable as very often tends to be the case when sailing in Dublin bay. Irrespective , race officer Con Murphy managed to complete a six race series over two days where the title was still all to play for going into race six. 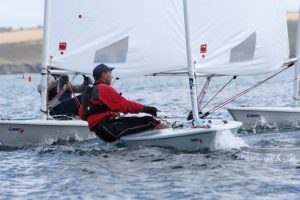 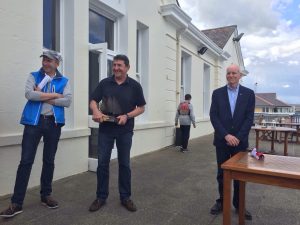 Walsh held his nerve and sailed consistently to take home the national title for the second time in as many years. Eddie Rice wasn’t a million miles behind by finishing in 9th place in a very competitive fleet.

Well done to both and great to see the trophy return to the club.

Toppers Get Four Seasons In One Day!
Six Week Dinghy Sailing Programme Draws to a Close, But More to Come