Light winds were the order of the day for the second race of the Marshall Marine Textiles Winter League.  The fleet had an all in grassy start with Race Officers Vinnie O’Shea and Mark Ring.  They sailed course 101 consisting of three rounds in a nice 10 knot west/north westerly breeze  finishing  at Grassy.

After two races in the IRC All In fleet Diarmuid Foley in Anchor Challenge and Anthony O’Leary on Antix Beag are tied on ten points each while Fergus Coughlan’s Whyte Knight and Alan Mulcahy’s Sundancer are next on 12 points each.

In ECHO All In Richard Lord’s Blue Peregrine leads on thirteen points from Anthony O’Leary’s Antix Beag on seventeen points while Fergus Coughlan’s Whyte Knight is third on eighteen points. 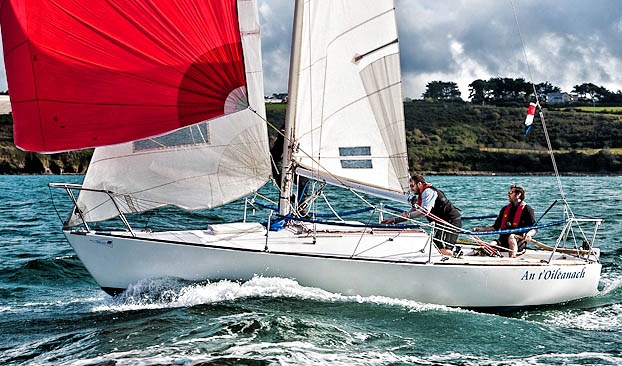