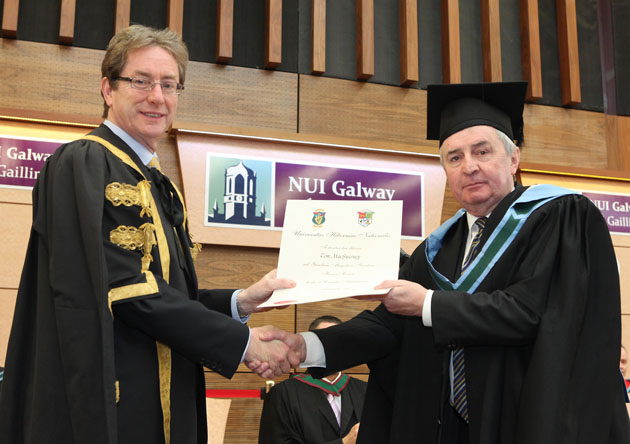 The Governing Authority of NUI Galway, on the recommendation of the College President, James J.Browne after consideration, awards honorary degrees to a small number of individuals “who have distinguished themselves in various walks of life.” This year The Governing Authority decided to award Marine Correspondent and Royal Cork Yacht Club Member, Tom MacSweeney, the Degree of Master of Science, honoris causa at the  October Autumn Conferrings held today in the Bailey Allen Hall at the University. 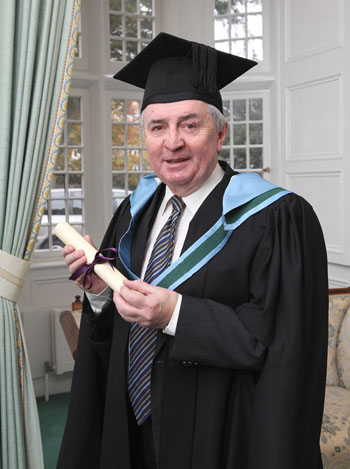 Marine Journalist Tom MacSweeney pictured having been conferred with an Honorary Master of Science degree at NUI Galway today.Photograph by Aengus McMahon

The Admiral, members of the Executive Committee, Staff and general membership of the Royal Cork Yacht Club have pleasure in congratulating Tom and wish him all the very best for the future.

Patrick Crosbie wins at the India International Regatta
Wonderful finale to a great Autumn Regatta and a triumph for the sponsorship of CH Marine.