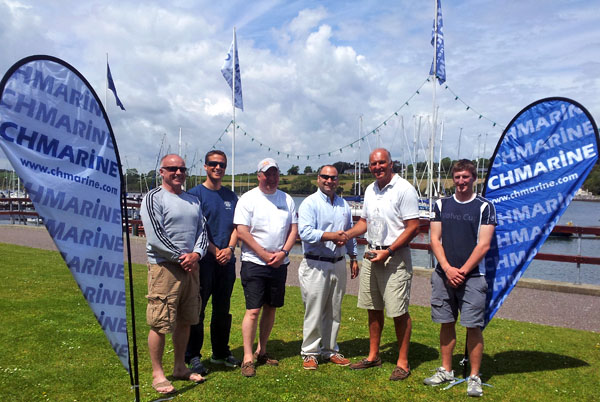 The final day of the CH Marine 1720 National Championships took an unexpected turn when on Sunday the wind decided to be a bit obstructive and the forecast time for the first breeze to appear was not until the afternoon.   As the lift outs for the boats had been booked for assigned times and there was no certainty the breeze would appear it was decided to finish the event on the previous day’s results as six races had been sailed over the two days.

The competitors had indeed enjoyed two days of tremendous sailing, and the festivities of the Saturday night, so the organisers decided to hold the prizegiving early and everybody was enabled to get on the road home at their planned departure times.