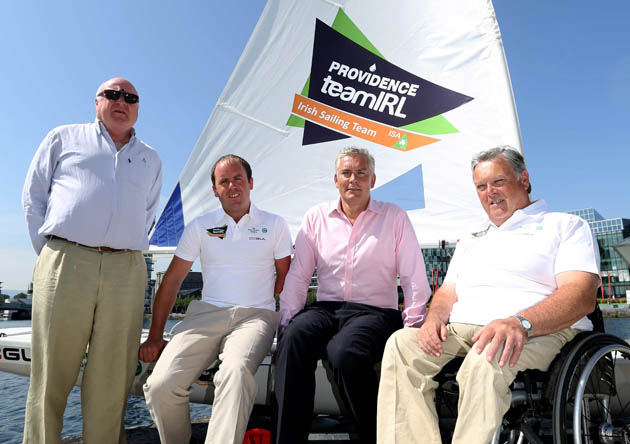 Speaking at today’s announcement Providence Resources, Chief Executive, Tony O’Reilly, said “Providence Resources were so proud of the Irish sailing team at the Games in 2012 and we know they can achieve so much more.   We want to provide the team with the support to reach their goals in 2016”.

Responding on behalf of the ISA, Alan Crosbie, Vice Chairman ISA Olympic Steering Group commented “We are delighted with the commitment and confidence shown by Providence Resources in our sailors. We very much appreciated the support they provided prior to London 2012 and this new partnership will offer a more secure training platform four years out from the games”.

The Irish sailing team will be named Providence Team IRL for the four year period and joint branding will be rolled out over the coming weeks.
The Irish sailing team had their most successful Olympics for thirty years in 2012 with 4th, 10th and 14th finishes but did not win a medal as team officials  had predicted.