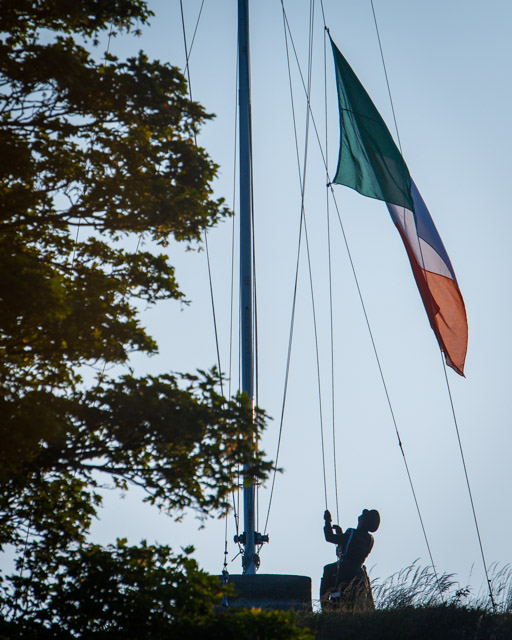 The raising of the Tricolour at Camden Fort Meagher. Picture Robert Bateman

Last evening, July 11th, 2013, Camden Fort Meagher commemorated the 75th anniversary of the handover of the fort from British Crown Forces to The Irish Defence Forces. Camden Fort Meagher, situated in Crosshaven, Cork Harbour, Co. Cork, was one of several Treaty Port forts transferred to the Irish Government in 1938. It is recognised as being one of the finest remaining examples of a classical Coastal Artillery Fort in the world. 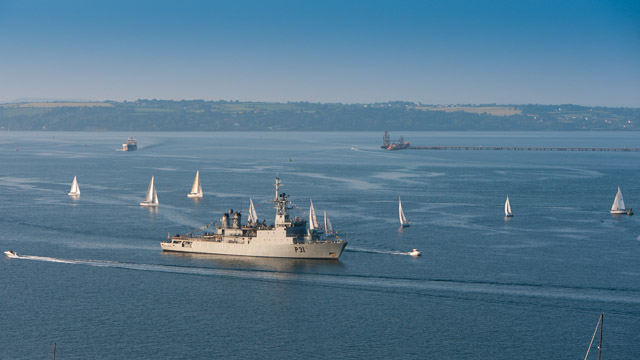 Paul Brierley, Project Coordinator at Camden Fort Meagher, emphasised the significance of the event. “We are delighted to commemorate this historic occasion which marks a pivotal point, not only in the fort’s history, but also in our National history.” The fort was officially renamed Camden Fort Meagher on the histrical evening, highlighting two significant figures in British and Irish military history, the Earl of Camden and Thomas Francis Meagher.

The ceremony for the occasion last evening  was hugely historical, and was filled with emotion, poignancy, happiness and pride. The fort was filled to capacity, the sun shone  on everyone and every place. The Cork designed and built  L.E. Eithne was moored off the fort. She was designed by Patrick Martin, Chief Naval Architect at Verolme Cork Dockyard where she was built.  L.E. Eithne, Flaghip of the Irish Naval Service, led by firing the first salute and  this was returned by an Army salute with two 25 pounder canon. 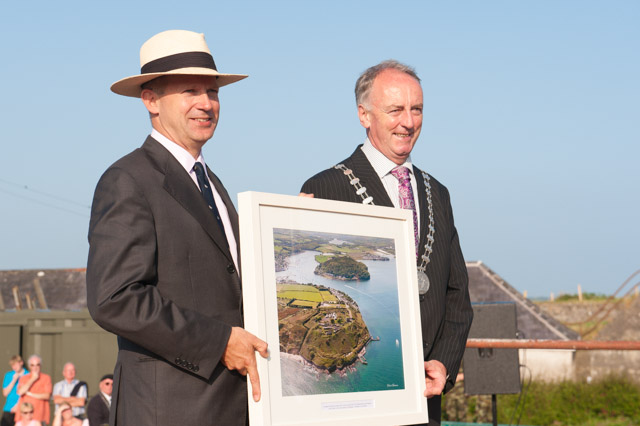 The scene with the crowds,the excitement, the blazing sun, The presence of the British Ambassador, His Excellency Dominic Chilcott CMG, complete with elegant panama hat could have been reminiscent of  an Indian setting though we knew it was our own beautiful country!. Other distinguished guests for the official renaming of the Fort included the Mayor of Cork County, Councillor Noel O’Connor, Cork County Manager, Martin Riordan and a very distinguished guest in the person of Sgt.Michael Kelly a 97 year old veteran who  had seen service at the Fort when it was under British Command. The Irish Army, Irish Navy and retired units from reserve forces that have trained at the fort were also represented on the evening. The natural setting was made all the more splendid by the  yachts taking part in the Royal Cork Yacht Club Thursday night race shy reaching as they passed the L.E. Eithne on their way to the Cage Buoy.

All in all a most magical evening that will provide lasting memories for all that were privileged to be present and no memory more poignant than that of the Army figure silouhetted in the evening sunlight raising the Tricolour in the hushed silence of the attendance with only the haunting sound of a lone Bugle to be heard on the still summer evening. This part of the ceremony was timed to  coincide with the exact time of the handover of the fort 75 years ago. 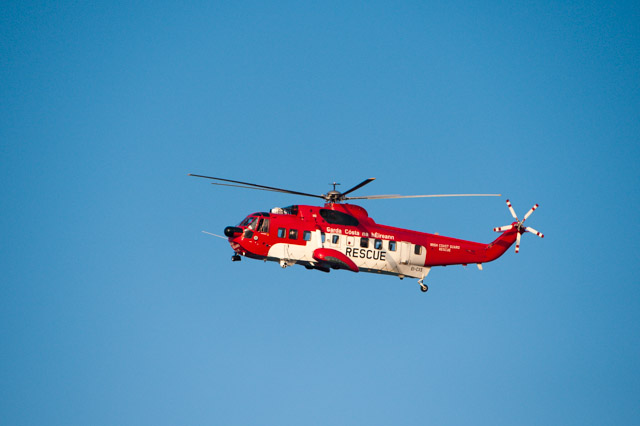 The evening concluded with the official flypast of the Irish Coastguard Search and Rescue helicopter from Waterford and over 500 guests mingled and enjoyed light refreshments.  Images Here