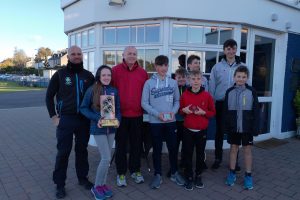 By Craig O'Neill on October 29, 2018 in Junior Sailing, Latest, Optimist
The October Bank Holiday weekend normally signals the end of league racing for the Royal Cork fleet, and this year was no different.
Saturday saw our annual Lisheen Mines Open Team Racing event. The 25kt North Easterly breeze didn’t look promising, however PRO Ian Venner tucked the racecourse up the river by the Limekiln corner where after a few practice rounds, competition proper commenced in moderate breeze. The best of 5 final was won 3-0 by Jamie Venner, Rian Collins and Ellen Bruen, seeing off the often quicker team of Ben O’Shaughnessy, Eoin Horgan and Shane Collins. Eoin made a special return to Optimists in an attempt to get a hat-trick but was denied by the craftier team-racing skills of the opposition! 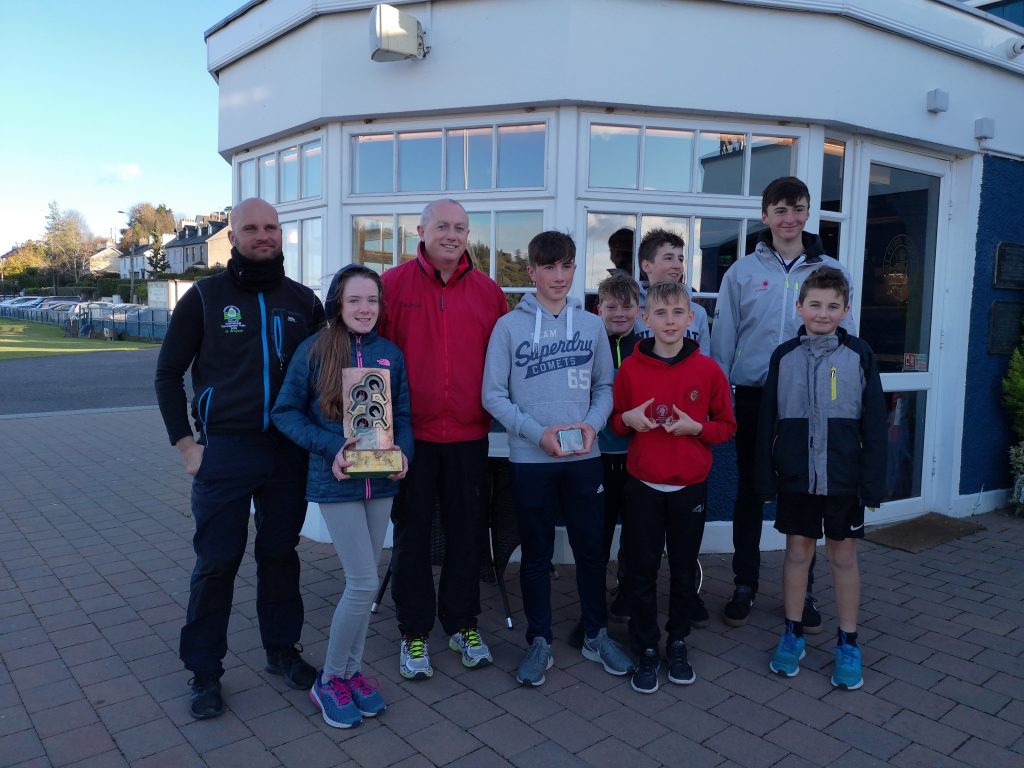 Thanks to coach Michal Gryglewski and mark-layer Conor Horgan for assisting on the day, as well as Siobhan Carmody for very welcome hot chocolate on our return ashore. 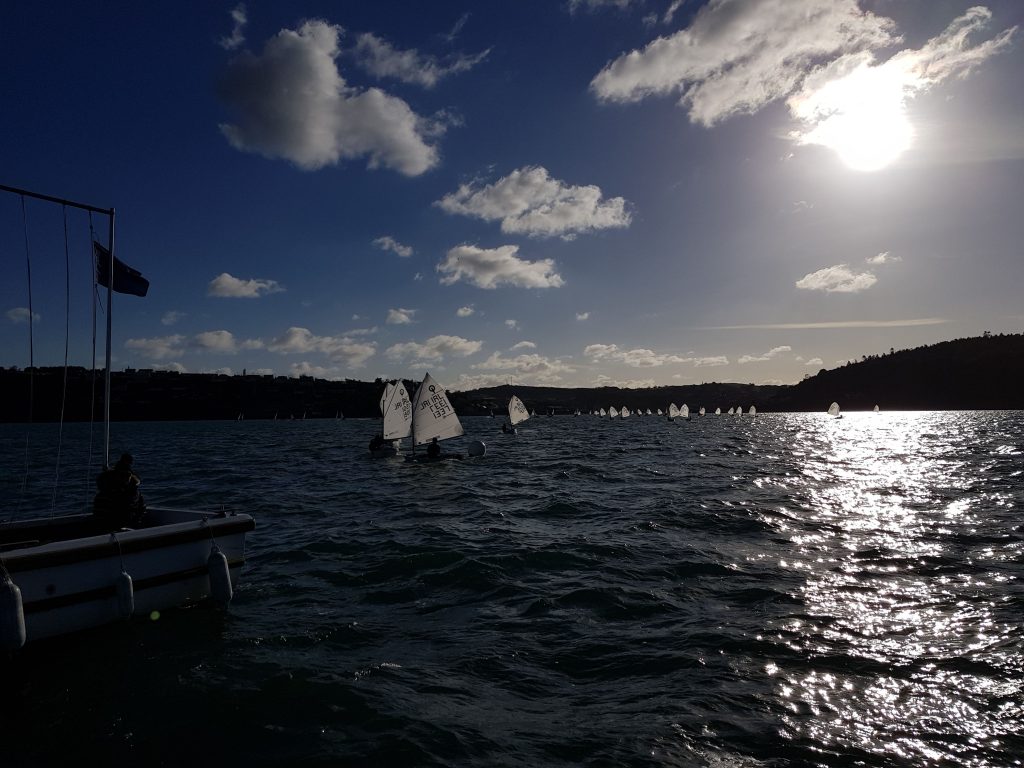 The fleet turn for home with the Toppers still coaching

No Jazz for us on Saturday night, however, as there was a Cobbler League to finish out on Sunday.  The series had seen all weathers – with some fleets being stood down twice due to heavy breeze, to waiting for wind another day.  The final day, however, saw stunning conditions and gave series PRO Andrew Crosbie the option to set the full outer loop trapezoid course for the three final races. 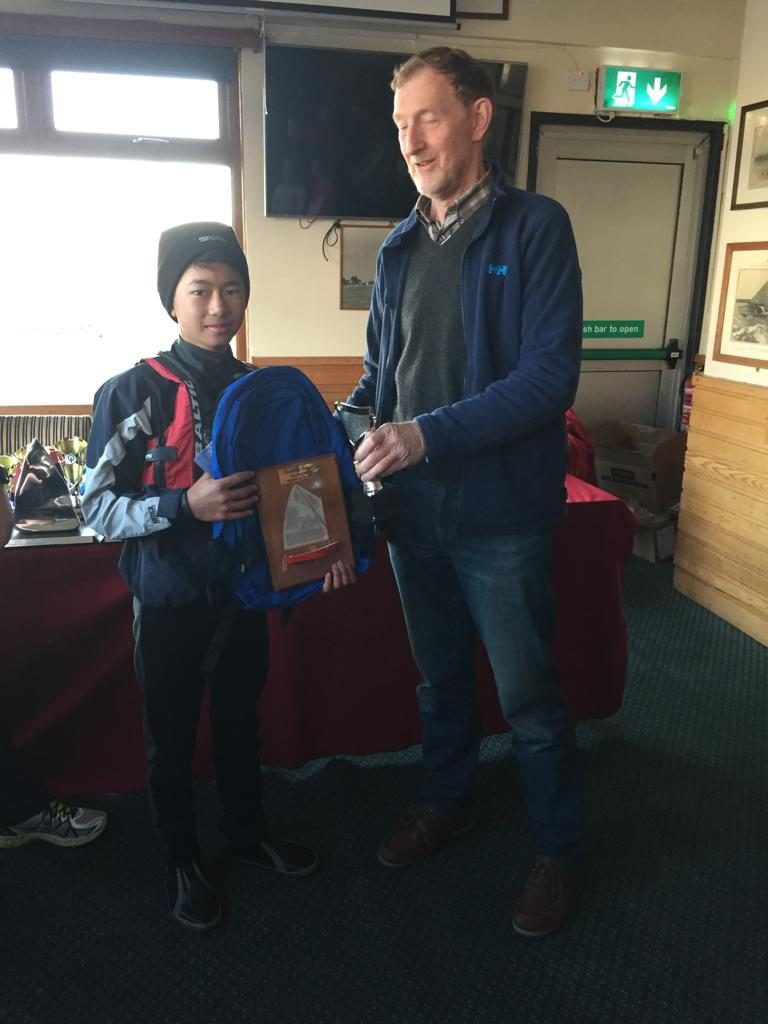 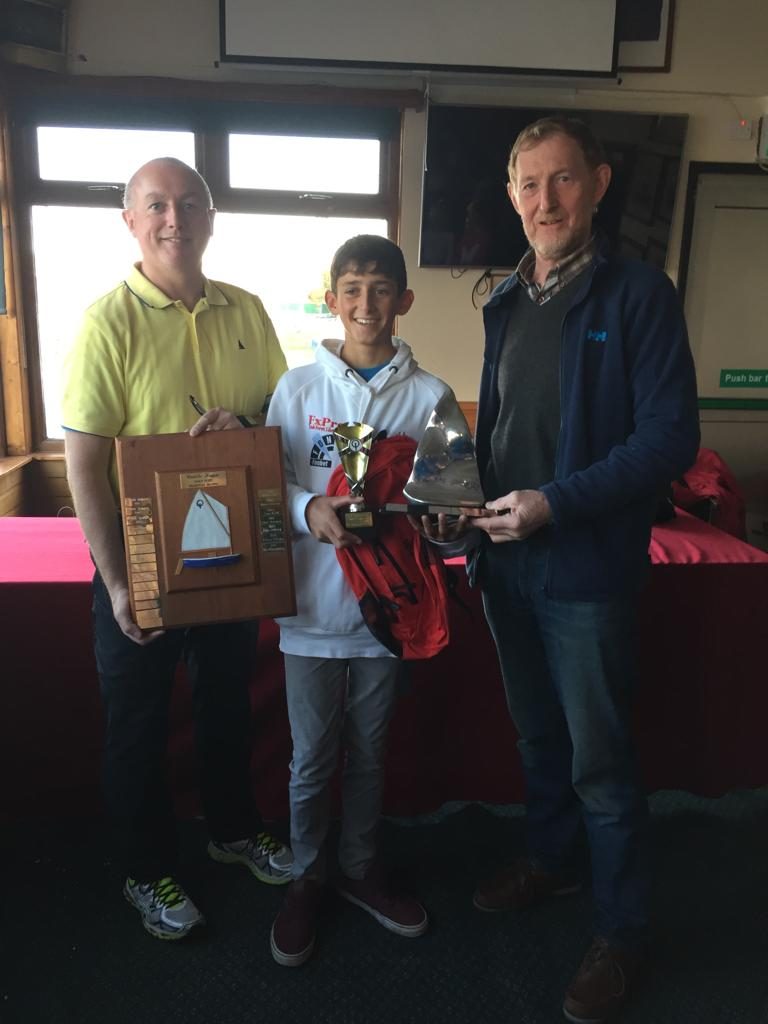 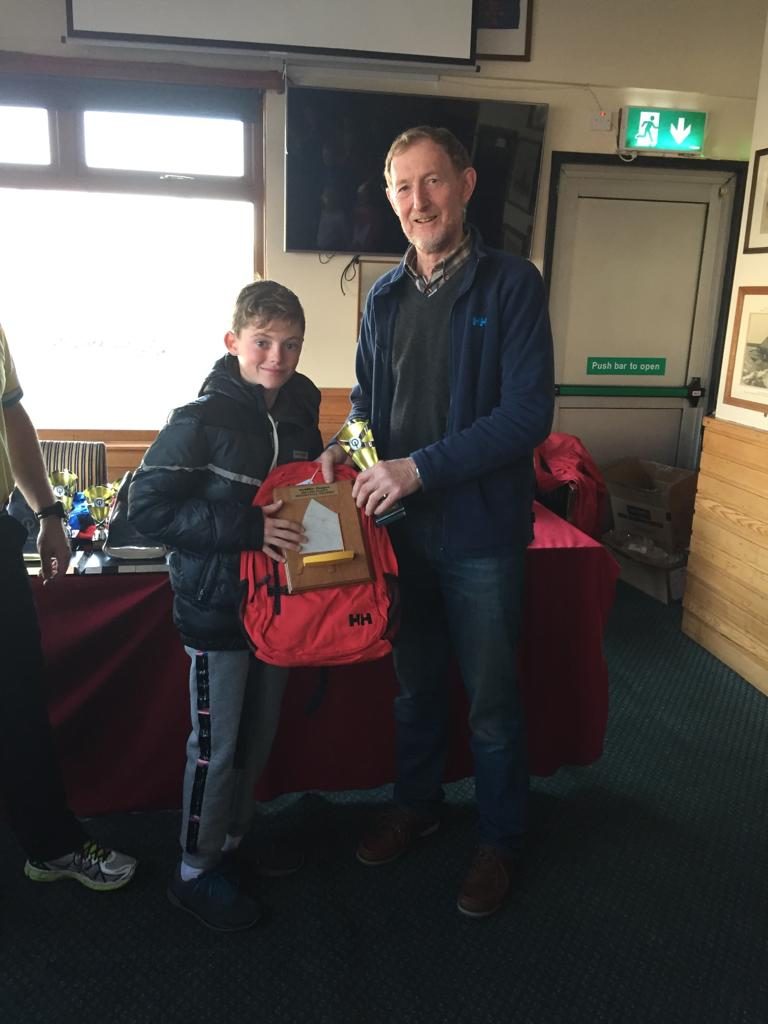 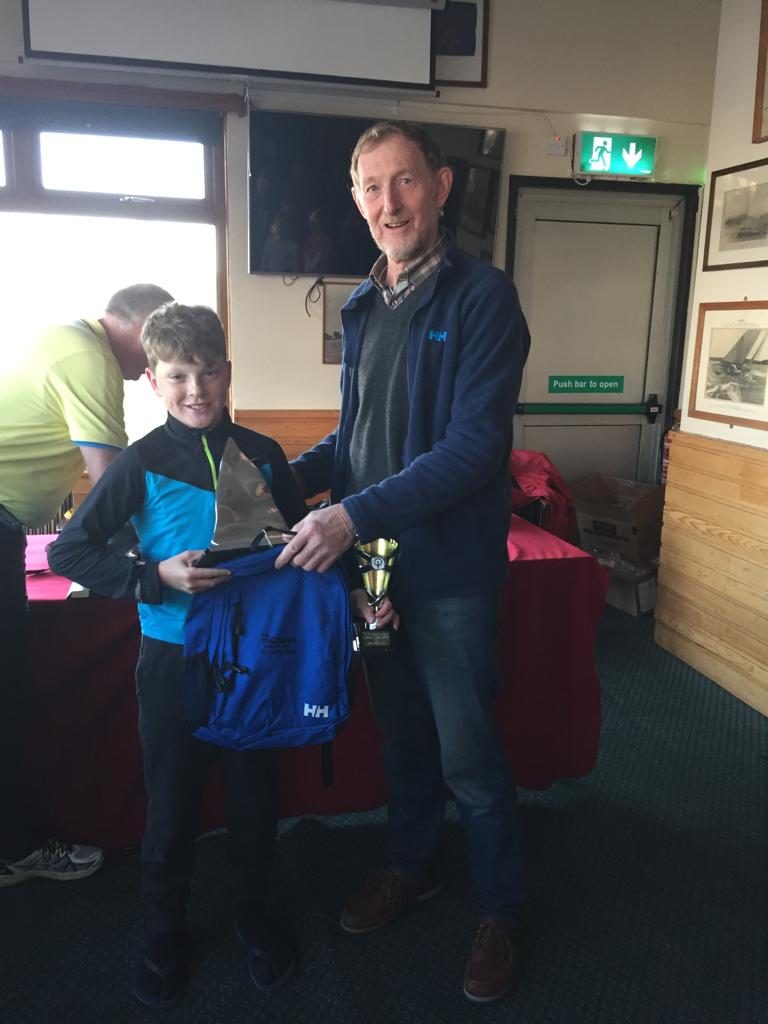 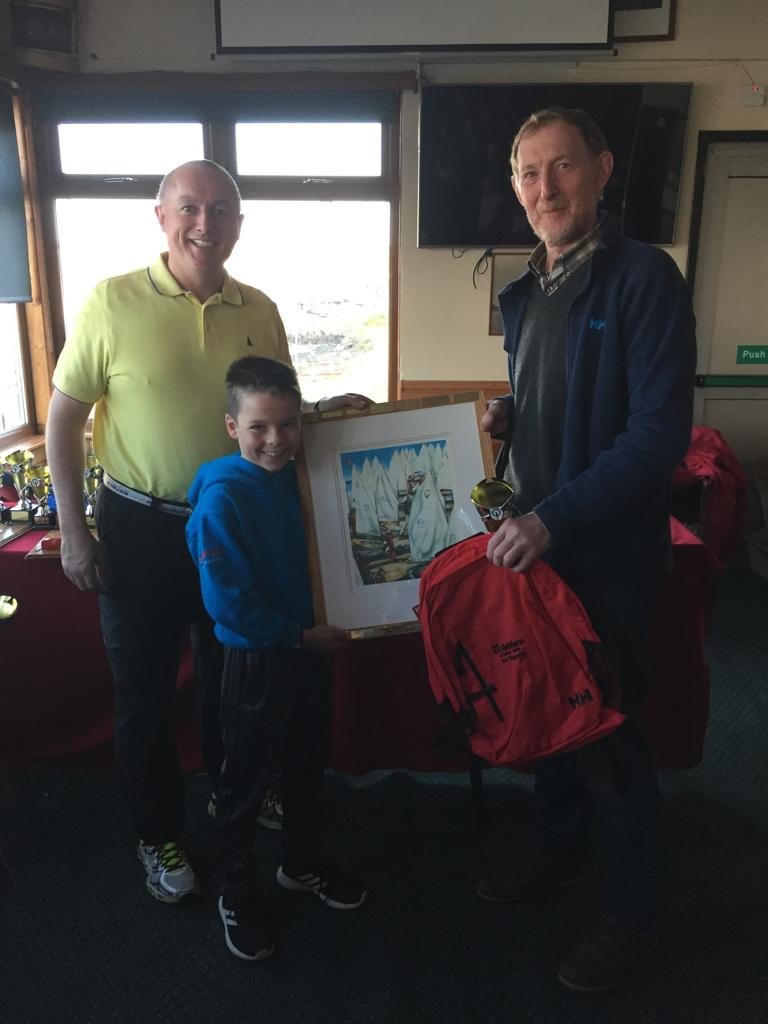 Thanks to all the parents who loaned ribs for the Cobbler – October is the busiest time of year for the club with Toppers, Lasers and Cruisers all afloat on Sundays as well as our 41 Optimists.  A special word of thanks to Tom Dwyer of The Cobbler, who provided fantastic prizes of bags and hats for the fleet. Make sure you look them up for all your shoe repairs, engraving and school bag needs!
Thanks too to all our visitors who travelled from Foynes, Tralee Bay, Kinsale and Monkstown to make the series what it is.
The fleet will convene once more on Saturday 24th November for the Junior Laying up. Coaching programmes continue throughout the Winter months, culminating in the Royal Cork hosted Trials over Easter 2019 – put that one in your diary as we need plenty of hands on deck.