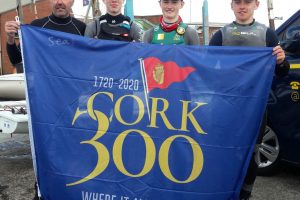 East Antrim Boat Club located in Larne, played host to the 2019 Laser Ulster Championships and staged a very successful and well-run event. Despite the wind Gods turning off the wind on Saturday, race management completed four very competitive races on Sunday to secure a solid series.

The twenty strong Laser 4.7 fleet provided some great racing and our own Michael Crosbie reigned supreme counting two bullets and a second to secure this year’s Ulster title. A strong performance and justly deserved. 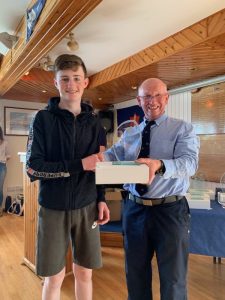 The razor-sharp Laser Radial fleet of twenty-five competitors saw two of our sailors compete amongst some budding Olympians. Michael O’Suilleabhain was just outside taking a podium place, finishing fourth overall while Jonathan O’Shaughnessy, making his debut in the radial class, finished 11th overall. Well done to both sailors.

Finally, our two veterans of the Laser Standard class, Nick Walsh and Eddie Rice had a fantastic regatta with Nick securing another Laser Masters title with Eddie finishing in second place, just a point behind; A great 1,2 for the Royal Cork. 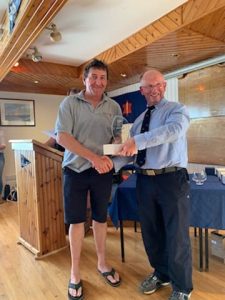 Next up is the Leinster Championships taking place this coming weekend at Rush Sailing Club where we should have a large contingent of Royal Cork sailors taking part.