Ireland’s David Kenefick (Full Irish) was the biggest riser in last night’s big conditions of the 44th edition of La Solitaire du Figaro. 33rd around Wolf Rock he had recovered ten places by Portland Bill. The ride was definitely one to remember: “I hoisted it (kite) at 0200 and just drove all night. The boat was underneath the water the whole time. I’ve never done anything like that before, fully powered up. I was waiting for the rig to go down but it stayed up. I was terrified.”

The significant drama for Kenefick, at 22 the youngest competitor on the race, came on the approach to the Needles Fairway buoy, when he suddenly found all his sails flapping. The strop attaching the main sheet to the boom snapped in a Chinese gybe. To round the mark he had to drop the kite and while he was doing this is jib sheets came out of their blocks.

“It was an amazing leg, in fact the whole month has been amazing,” said Kenefick, who ended up third in the rookie division and 28th overall.  Some achievement for the young 22 year old. 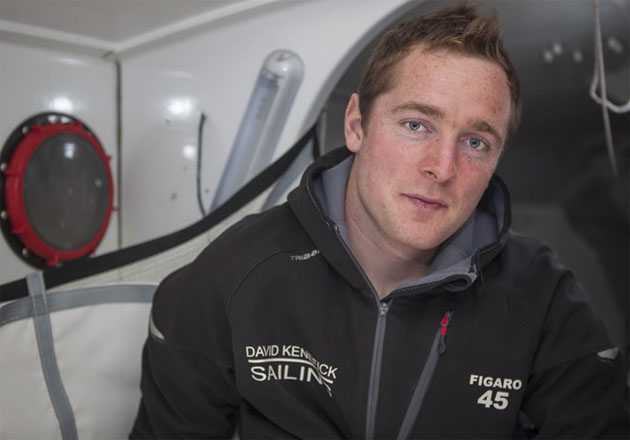 We want to salute and acknowledge the outstanding bravery of the youngest competitor in the race who performed the outstanding feat at his first attempt at the Figaro by finishing third Rookie and 28thth overall amongst the veteran giants of this renowned one of the toughest races in the world.