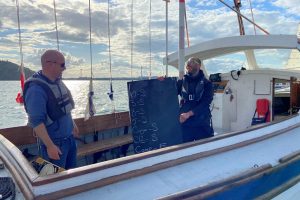 By Communications on May 14, 2021 in Keelboats, Latest

Thursday night saw the return of keelboat sailing in the Royal Cork and the conditions could not have been better. With racing off the cards until June 7th, coach Daragh Connolly set the fleet of 13 off on a course from Cage to No.10, out the harbour to No.3, back in to No.8 followed by some ups and downs between Cage and Cork Beg. Daragh was ably assisted by Admiral Colin Morehead, Niall Deasy and Cagatay Gunay.

No less than three new boats to the club were on the water with the Young Family’s Albin Express ‘North Star’, Billy Campion’s 1720 ‘Wight Hare’ and Alex Barry, Richie Leonard and Kieran O’Connell in their new National 18.

It was a double birthday celebration on the water for David Jones and Colin Morehead and Daragh had cake and refreshments for the lads.

Photos and videos from the evening are below, keelboat sailing continues every Thursday and Friday in May with racing resuming on June 10th. Full details here.

Birthday celebrations for the Admiral 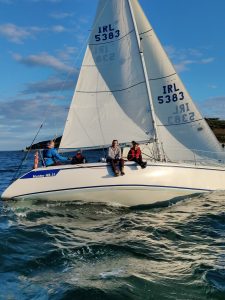 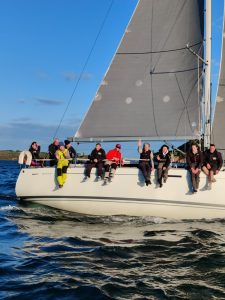 The Murphy family’s ‘Nieulargo’ in training for the Dun Laoghaire to Dingle race. 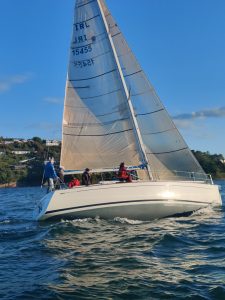 Frank Caul and John Molloy’s ‘Prince Of Tide’s’ didn’t delay in getting back on the water following a successful 2020 campaign. 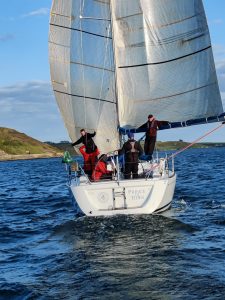 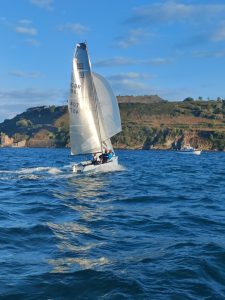 It’s rare a National 18 will be seen on a Thursday night but Alex, Richie and Kieran made the most of the good weather in their new boat. 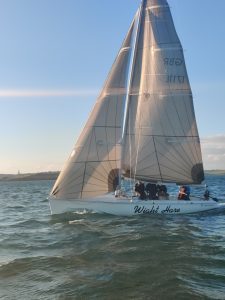 Billy Campion’s 1720 ‘Wight Hare’ on her maiden outing in the harbour. 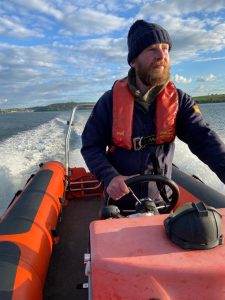 Niall Deasy on standby as always!