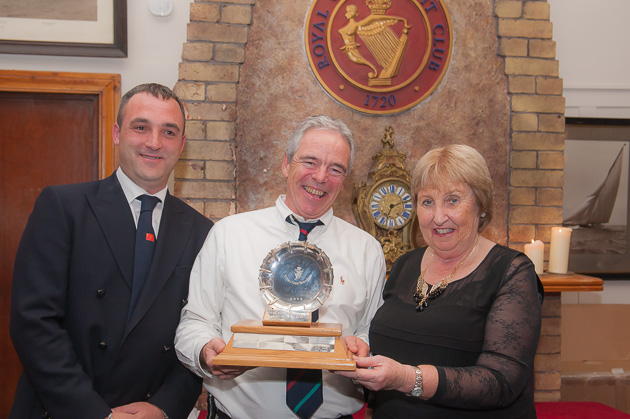 The atmosphere was palpable, the rugby win excitement was in the air, and all were out to have a great night on Saturday. This was the culmination of the main leagues of the season and over two hundred prizes and trophies were up for grabs. The Globe dining room was packed, the club was rocking, and a festive atmosphere pervaded over all. Our M.C/Organizer for the night and the principal mastermind of the huge prize giving, was Rear Admiral Keelboats Kieran O’Connell. Here a very nice touch was added when Kieran’s wife Joanne arrived and found herself the surprise recipient of a magnificent bouquet of flowers presented to her by Kieran to thank her for all her patience while he had to spend many, many hours away from home in preparation for the huge event which in fact comprised all the main cruiser racing of the season. 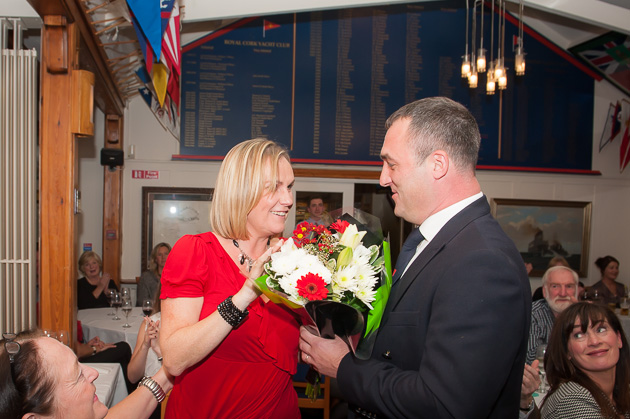 At the conclusion of the magnificent repast the first trophy to be presented was the ‘on the missing list’ ECHO Class 1 cup. This had been off the scene for some time and after frantic investigation and much searching of the club, the errant cup was finally found in a cupboard in a cupboard so all was right in the world again. The recipient of this trophy was Mary O’Keeffe of ‘Tux’ for her first place in ECHO 1 at the Royal Cork At Home. 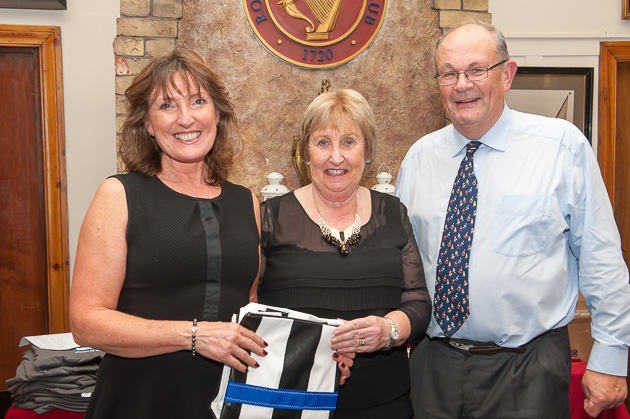 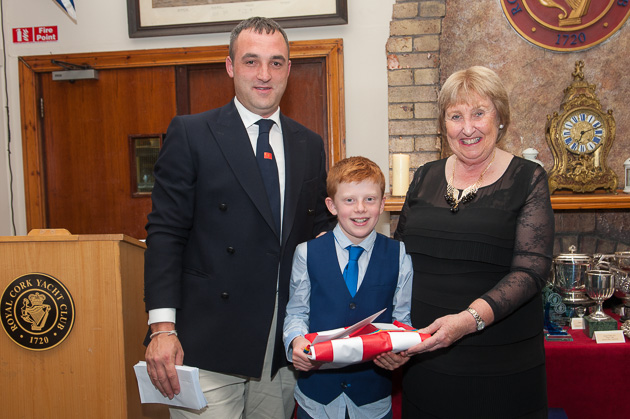 Then it was time for the Lady Admiral, Ann Lyons, to come to the podium for the presentation of the prizes starting with the UK Halsey Sailmakers May League for which Des McWilliam Joined her. This was followed by the Union Chandlery June League for at which the company was represented by Peter Burke. Next was the Marshall Marine July League and due to the unavoidable absence of the sponsor the prizes for this league were presented by Adrian Tyler, Commodore Cove sailing Club. This was followed by the MSL Motor Group August League with the prizes being presented by the Lady Admiral. In September the Royal Cork League took place and a new League sponsored by North Sails was sailed on Sunday mornings for which the prizes were also presented by the Lady Admiral in the absence of the sponsor. This was a well attended league with 15 boats turning out, a good number for a Sunday morning. Then on to the overall prizes for the Heineken Super League which also included the first of the perpetual trophies being awarded on the night. 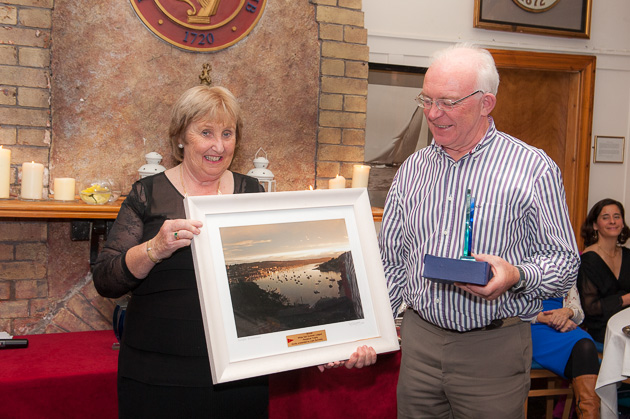 In White Sail Pat Vaughan on ‘Aramis’ received a framed Liam Kennedy picture.
In Class 2 the Desmond/Ivers/Deasy ‘Bad Company’ was the recipient of the Phelan ECHO trophy and Martin Darrer and Colman Garvey in True Penance received the Phelan IRC trophy.

Class 1 Breffni McGovern Trophy  Ian Nagle
WS Martin McDonnell Perpetual Trophy: Michael Lynch
Doyle Family Trophy: Best Overseas performance. Awarded to Anthony O’Leary for his win at the British IRC Nationals and captaining the winning Irish Commodore’s Cup Team for the second time.Boat of the year Trophy for winning their class at the ICRA National Championships in both IRC and ECHO and then going on to win the J109 Irish National Championships was awarded to Ian Nagle in Jelly Baby. 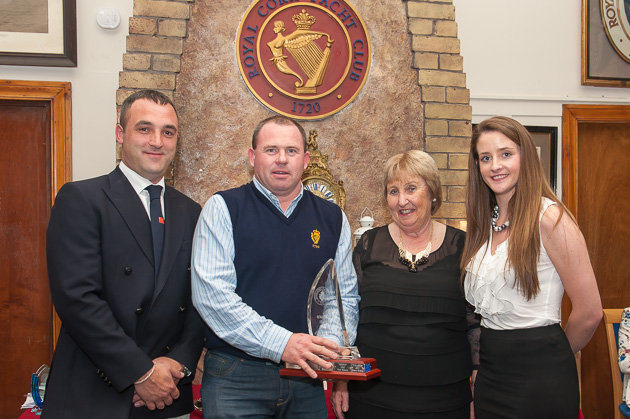 After the final presentation of the prizes the Rear Admiral Keelboats, Kieran O’Connell called for a toast to the Irish Rugby team for their magnificent triumph over the Springboks and this resulted in a tumultuous wave of cheers and roars and finished the night on a truly high note. 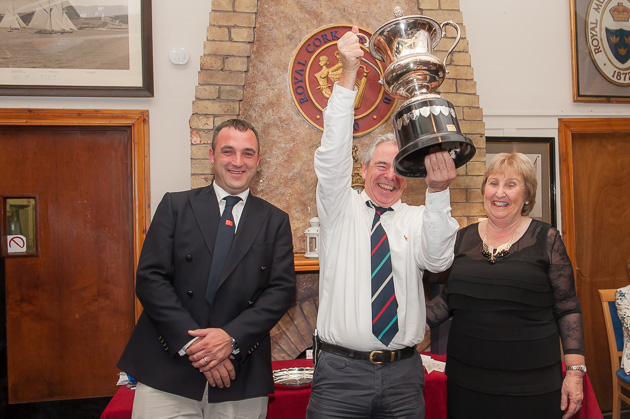 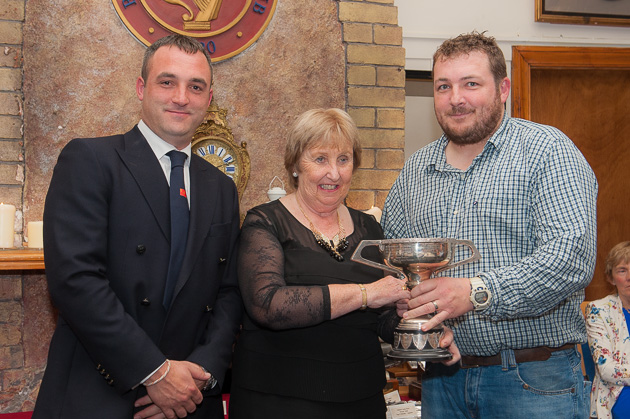 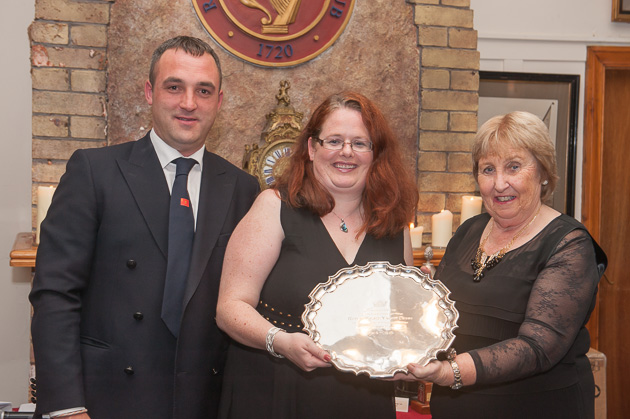 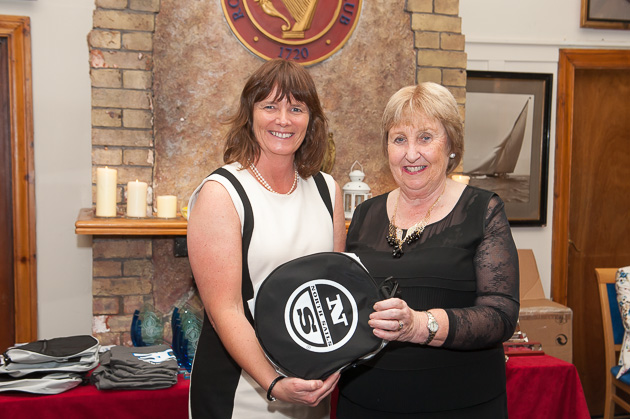 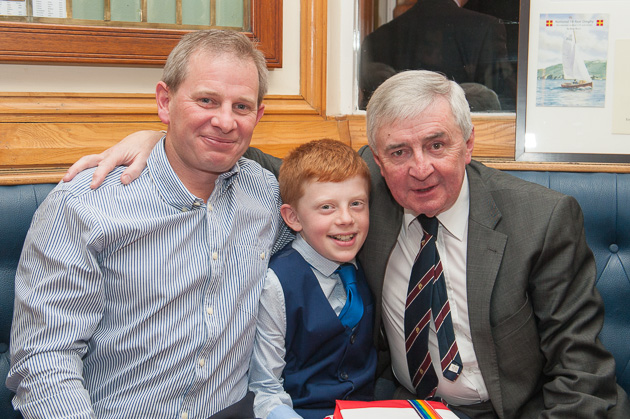 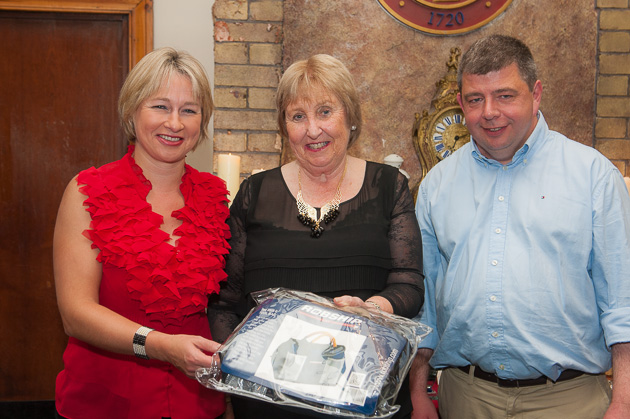