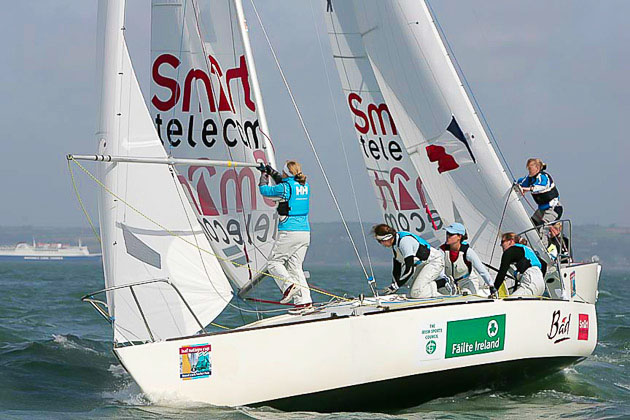 What a prospect both exciting and daunting lies ahead for Royal Cork Yacht Club,  organisers of the prestigious  Women’s Match Racing Worlds June 3rd to 8th, 2014.  Not that the club is any stranger to such events having hosted the ISAF Nations Cup Grand Final in September 2006 with huge success and also the European leg of the ISAF Match racing circuit in the nineties.  The event is part of the tour for the Women’s International match Racing Association (www.wimra.org)  and the Event Chairperson is Ronan Enright, former Rear Admiral Keelboats RCYC and currently Commodore SCORA (South Coast Offshore Racing association)

Match Racing is one of the more intensely exciting forms of racing and the pace never slows.  Race Officers tasked with the running of racing for the sixteen teams in this event are Peter Crowley (IRO) assisted by Alan Crosbie (IRO) who incidentally both  also officiated at the 2006 Nations Cup Grand Final.  The event is being run in the Sailfleet J80’s.  It will certainly be nice to see these boats back in Cork.

Numerous detailed site inspections and high level consultations took place before Cork was chosen ahead of all other venues such as such as Long Beach California to host the competition.  Both Cork County Council and the Port of Cork have agreed to be joint title sponsors of the world rated event. 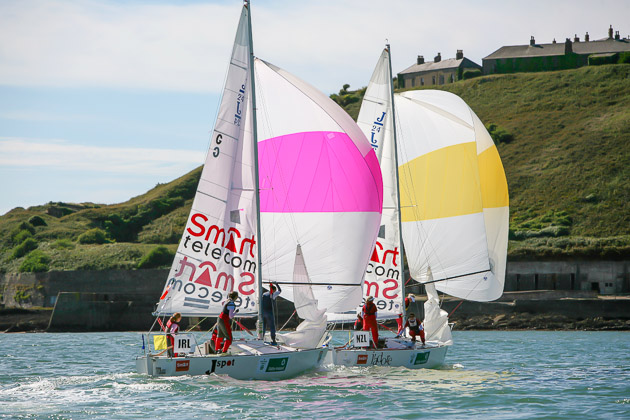 The planned sailing in the waters of Cork Harbour, close to shore and under Camden Fort Meagher, offers unrivalled viewing to the competitors’ families, friends, supporters and general public, who can also avail of the magnificent facilities at the refurbished historic fort to enjoy close up viewing of the competition. 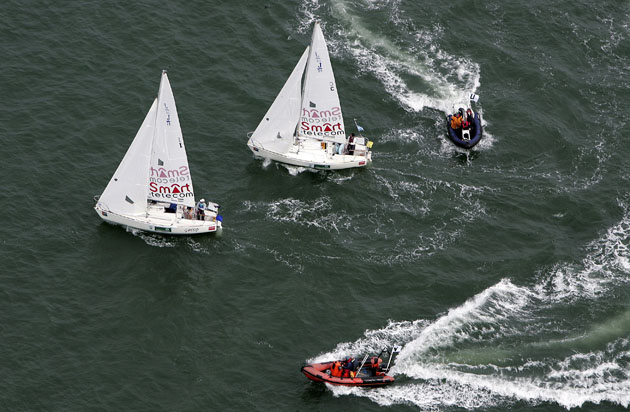 The ISAF Women’s Match Racing Worlds is an annual event that was first held in Genoa in 1999.  Sailors are invited to attend based on their world ranking.  Invitations will be issued by ISAF and the organising authority in February based on world rankings at that time.  The 2013 Match Racing Worlds took place in Busan, Korea where 2012 Spanish Olympic Gold Medalist Tamara Echegoyen  took the  2013 world match racing title.

Of course the event will also have a lighter side and an excellent entertainment plan is in place.  On Friday, June 6th, a unique event is planned for the city.  It is planned to hold a “Sailing in the City” day on the river in front of Kennedy Quay.  An event will be held on the city quays followed by an early evening entertainment programme.  This will provide the people of Cork with a wonderful opportunity to see and meet Olympic standard sailors close up and bring unparalleled top notch racing into the heart of the city.  There is a match race planned for the sailors (watch out for fun on the river) and also an exhibition race where local schoolchildren could have the opportunity of sailing with these unrivalled top quality sportswomen.

The Women’s Match Racing Worlds is a world sailing event of the highest calibre and is an opportunity for everybody to come to Crosshaven and enjoy the carnival atmosphere of the village for the event and experience a feast of intense sailing  viewing from the world ranking surrounds of  the magnificent Camden Fort Meagher.