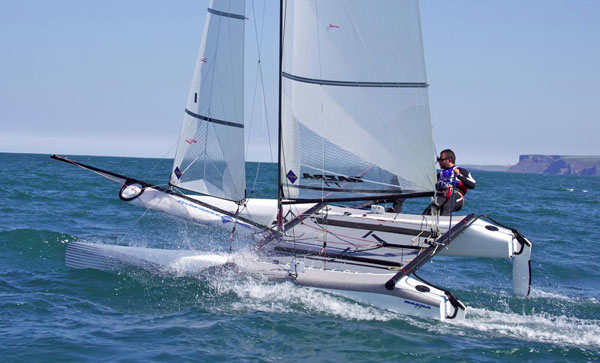 The International Sailing Federation (ISAF) has confirmed the final event and equipment selections for the Rio 2016 Olympic Sailing Competition.
The ISAF Council voted that Kiteboarding will replace Windsurfing for the men’s and women’s board events and confirmed the equipment that will be used for the Women’s Skiff and Mixed Multihull Events.

The Mackay FX, referred to as the 49er FX, was selected  as the two person women’s skiff and today the Nacra 17 joins the Olympic equipment family after being selected for the two person mixed multihull event. The 49er FX received the majority of votes from the ISAF Council in the first round after the six evaluation trial entries were narrowed down to just three; the 29erXX, the RS900 and the 49er FX.

There was an equally animated debate on the final morning of the Council meeting at this year’s ISAF Mid-Year Meeting to decide the equipment to be selected for the mixed multihull event. After discussing the recommendations from the Evaluation Panel, the Equipment Committee and the Events Committee, Council voted between the Nacra 17 and the Viper with the Nacra 17 securing the majority. The final discussion on the events and equipment for the 2016 Olympic Sailing Competition was about the men’s and women’s board events with Council voting in favour of kiteboarding. 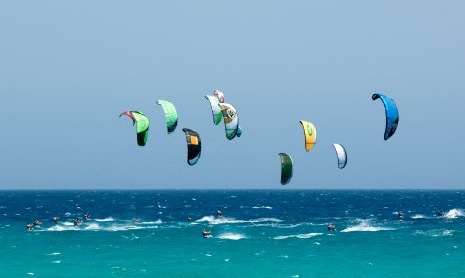 Is it Starboard or Water at the mark??

The ISAF Windsurfing and Kiteboarding Committee will consider and make further recommendations to Council on the implementation of the inclusion of kiteboarding at their meeting in November 2012 at the ISAF Annual Conference. ISAF President Göran Petersson said, “These announcements mark a new era for sailing and we welcome the new classes into the ISAF family. The equipment selections have fulfilled the criteria set out by the Evaluation Panel and we look forward to seeing the boats not only at the Rio 2016 Olympic Games, but the ISAF Sailing World Cup and ISAF Sailing World Championships. “Kiteboarding has proven to us that it is ready to be included into the list of prestigious ISAF Events and it is a fantastic addition to the sailing programme for the 2016 Olympic Games.”

The events to be contested at the 2016 Olympic Games are confirmed as: