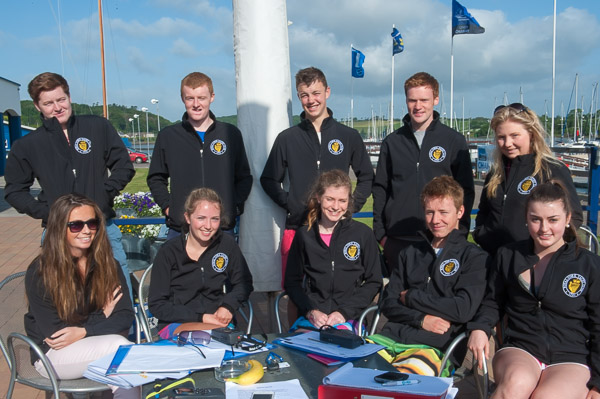 The list of the final nominees for the ISA annual awards including the premier accolade; the Sailor of the Year award has finally been announced. The awards will be presented at the ISA 8th Annual Awards Ball in the Royal Marine Hotel, Dun Laoghaire, Co. Dublin on the 1st of March, 2014.

Here I think I can do no better than to quote from Admiral Pat Lyons’ Report in the Club Calendar regarding the nomination of David Kenefick for Sailor of the Year’:- ” Competing in the extremely tough environment of solo offshore racing, David inspired us all.  Not only did he complete over 7000 offshore miles during 2013, but in doing so he captured the award of “Rookie of the Year” in the prestigious La Solitaire du Figaro.  He also won the ICRA Boat of the Year Award, the Afloat Sailor of the month for October, and our own Club’s Doyle Family Trophy”.

Also delighted to see our club amongst the nominees for Training Centre of the Year and equally pleased to see Head Instructor Emma Hett receive due acknowledgement in her nomination for Instructor of the Year.  Emma has been widely acknowledged as having contributed greatly to the successful RCYC summer training programme for 2013 which has been acknowledged as being one of the most successful ever.  This was  aided in no small measure by the effort put into the Flipper club for for the kiddy sailors and turned out to be so attractive to the very young sailors whose parents could not keep them away from their Flipper club even if they had wanted to.  Here, special mention must also be made of the effort put into the programme by our own Miriam McMahon whose wholehearted contribution to the programme working with Emma ensured its huge success.   Also not to be forgotten is the contribution of all the Instructors, helpers and last but not least the effort made by the parents of the youngsters.

And the nominees are: