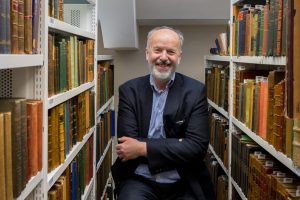 By Communications on December 3, 2020 in Latest

Frances Edwards & Ed Maggs are clearly the most incompetent cruisers, as Ed says himself, for they have completely failed in their modest ambition of a circumnavigation of the British Isles by stalling on the West Coast of Ireland, and settling down for good in South Kerry.Ed will tell the complete story on Zoom on Thursday, December 10th for the Dublin Bay Old Gaffers Association and their guests – the true tale of how they ended up here, and talking along the way of three boats which contributed to this gravitational pull: Sibyl of Cumae, a Fife 35 foot linear rater, at one time owned by Henry Donegan Jr., son of the famous Harry; Talis II, owned by Ed’s Dublin-born grandfather, which has so far survived three complete sinkings; and Betty Alan, their own boat, a “genuine fake of a gaff ketch”, now based in Glengarriff. 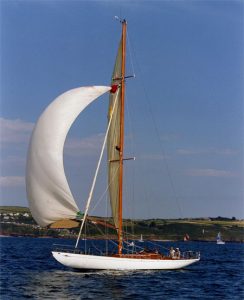 Sibyl of Cumae as she is today. Originally she was a gaff cutter with three open cockpits and carried a crew of up to eight hands for racing. This was changed most likely in the 1930s in Ireland when a Bermudan Rig and coachroof assembly were fitted.