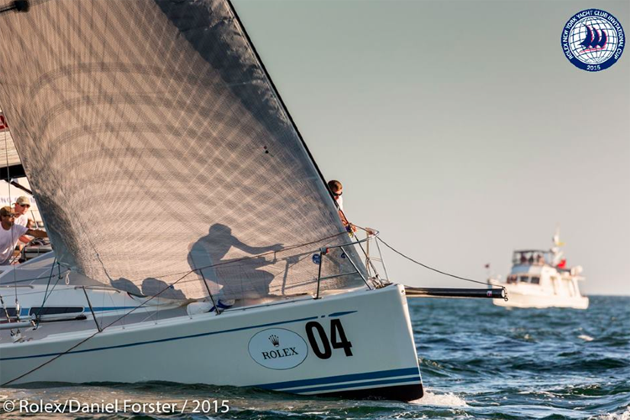 A brilliant Contra jour shot of the BOW of Royal Cork ‘Blazer’  from the lens of on course photographer, Daniel Forster, during racing yesterday.

After a delayed start for Race One the wind finally went into the south and though the Royal Cork Team were 12th at the weather mark, they pulled back one place at the leeward gate and had pulled up to 8th at the second windward mark and this was to be their finishing position. So competitive is the fleet that seven boats from 5th to 11th finished within 29 seconds of one another. 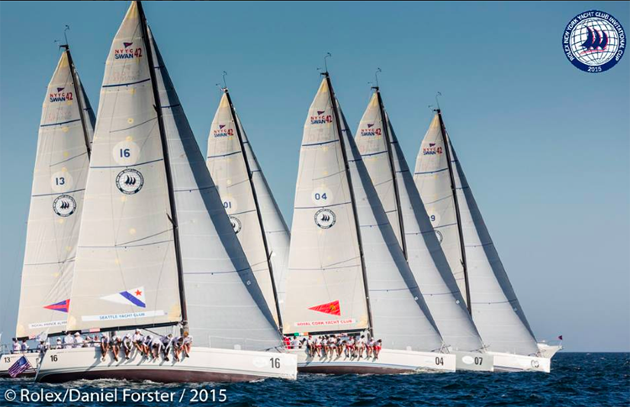 In the second race Blazer was lying in 13th place at the weather mark with only one minute and fifty seconds separating the entire fleet. At the second windward they were 11th and this is where they finished in Race 2.

In the third and final race of the day, after a general recall, and a shifting breeze entailed the relaying of the course, our team lay 6th at the weather mark, 4th at the leeward mark and finishing Race 3 third position. Very well done to the team, a good day’s work at the office! Results of course are provisional.

The Irish team will host an Ireland reception tonight at which the day prizes will be presented. 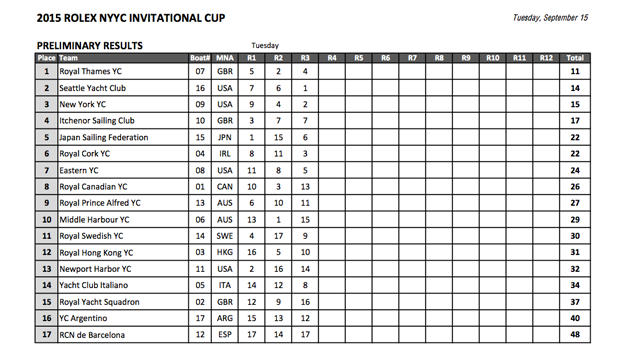