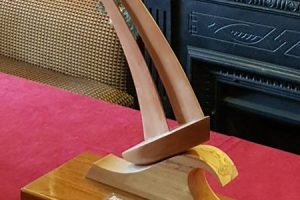 The final day of racing in the O’Leary Insurance Group winter league at RCYC was shrouded in a thick blanket of fog. The Race Officer Clem McElligott postponed the start of the race by one hour in the hope that the fog would burn off and the fleet would get racing. With just 20 minutes to go to the new start time the fleet made their way out through the thick fog to the start area. As the start approached the fog began to clear, but the fleet were now faced with a new problem there was little to no wind across Cork harbour, forcing the RO to again postpone the start. By two o’clock the RO made the call to fly N over A and the fleet made their way back home for some well-earned mulled wine and mince pie awaiting them in the Club bar. 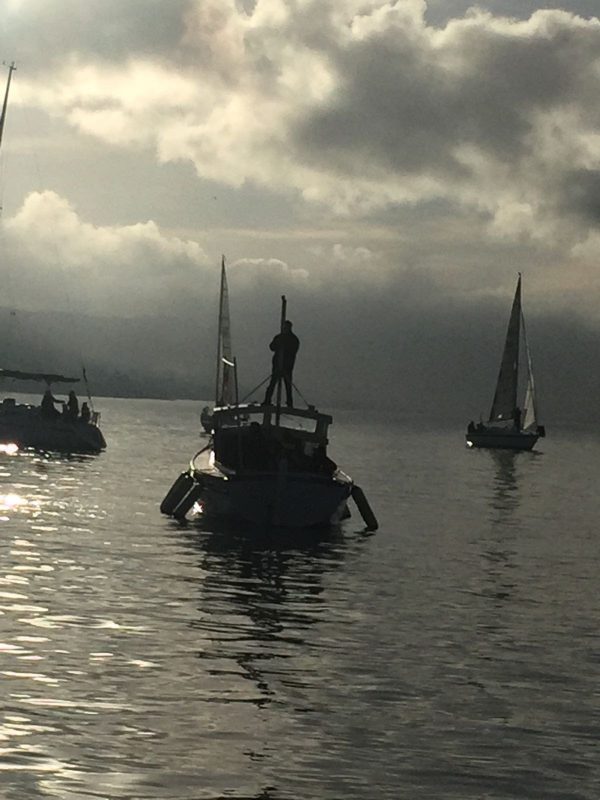 The final price giving was then held to a packed bar of sailors in Christmas jumpers and hats. Anthony O’Leary and his family were all present to award the winners with beautiful Nash19 Christmas hampers sourced prepared by Sally O’Leary. But it was the final presentation which really stole the show, when the O’Leary family presented the best performing boat of the league under IRC with the Inaugural Irish Mist Trophy in memory of (Anthony’s father and past Admiral of the Royal Cork Yacht Club), Archie O’Leary. This beautifully hand crafted trophy was won by Tom Durcan and Clive O’Shea sailing their 1720 T-Bone. It was a very fitting end to another great winter league at RCYC. We would also like to thank Clem & Wendy McElligott for all their time and effort as Race Committee over the six weeks. 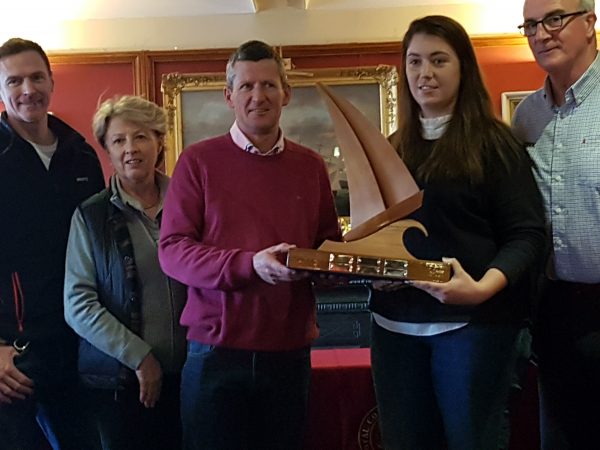 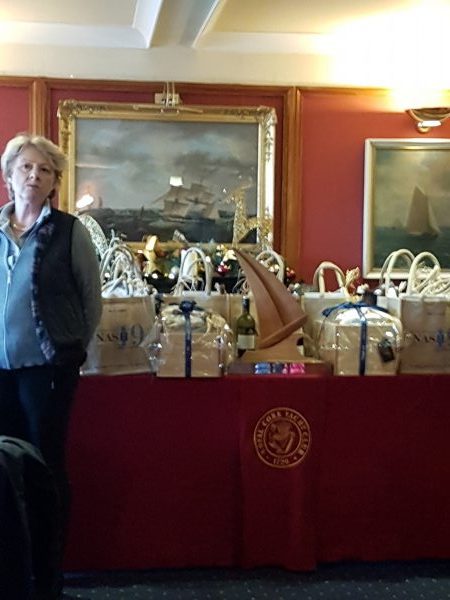 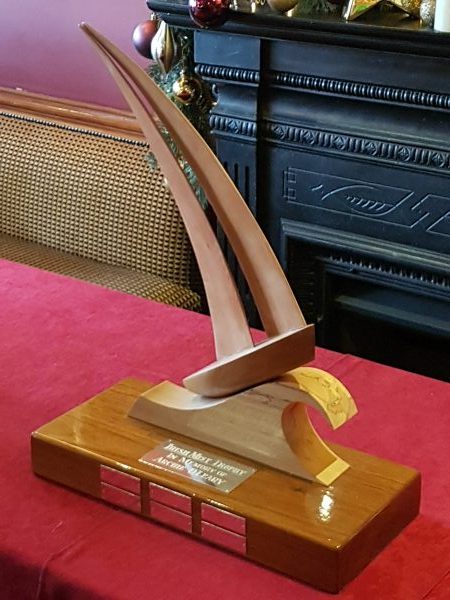