For the ILCAs, if it’s Easter than it must be Baltimore!
The ILCA circuit of Ireland kicked off this Easter Saturday and Sunday in Baltimore Sailing Club for the Munster Championships.
Team RCYC sent 18 Sailors evenly spread over the 3 rigs. The regatta was run in conditions that seemed to suit most of the 80 competing sailors with winds averaging 15 to 18 knots on both days.
Race officer Ciaran McSweeney and his team ran 3 fast races on both days which was very welcome as it ensured everyone got home early on Sunday but more importantly got to see the Munster game on Saturday!
Nick Walsh RCYC was fifth and third master with Ewan McMahon HYC winner of the ILCA7 (Standard) scoring an impressive 6 straight wins but was pushed all the way by Mícheál O Suilleabháin KYC/RCYC in second.
In ILCA6 (Radial) Chris Bateman came in third and Jonathan O Shaughnessy fourth, with Rocco Wright of HYC winning.
ILCA4 (4.7) Isabel Mc Carthy came seventh, the best of the RCYC, with Daniel O Connor RStGYC first.
All trailers headed north to Ballyholme next for the Irish Sailing Youth Nationals, then in two weeks later, it is the Connaught Championships which this year are being held Dunmore East, Co. Waterford.
To help grow numbers nationwide, ILCA Ireland membership is free to all 18 to 30 year olds with free entry to all regattas for that age group, so dust off that laser and let’s see you at the next event!!! 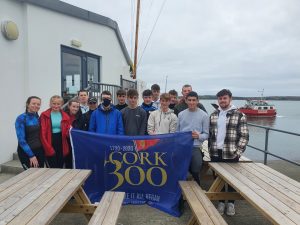 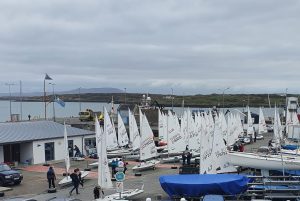 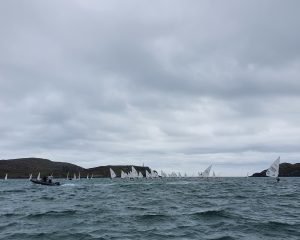 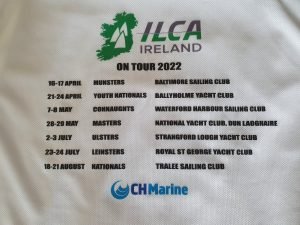