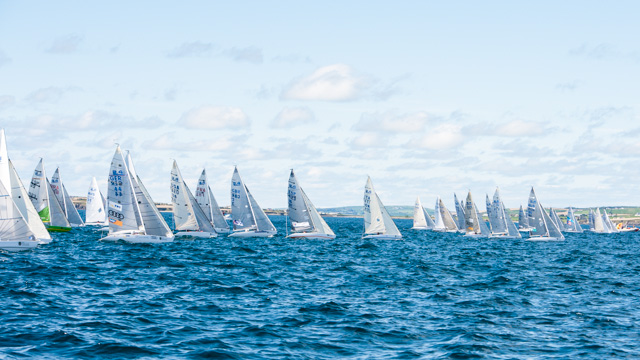 The practice race for the IFDS World Championships was designated for today (Sun) at 12 noon.  Well, what a day it turned out to be.  Before getting anywhere near Kinsale Yacht Club the town was buzzing .  There was an aura of something big happening on the day and I don’t think a single person can have been disappointed. On progressing towards the yacht club the excitement became more and more palpable but everything seemed extremely orderly and well in hand. Competitors, officials and all connected with the organization of the event went about their business in a very methodical manner as everything had obviously been planned with military precision for months under the stewardship of John Stallard, a former KYC Club Commodore and a veteran of many events of which Kinsale YC can be justly proud.

The seagoing vista was practically indescribable with brilliant sunshine, a nor westerly breeze making for wonderful sailing opportunities with great flat water sailing on gleaming waters, and all surrounded by the magnificent scenery that is synoymous with Kinsale. One very noticeable item was the fact that every competitor had a smile and wave for everyone and that is certainly more than one could expect from many of the forty footers sailing in competition.  None of this is to say that the calibre of competition for this event is not  exceptionally high as these fleets rank among some of the most competitive in the world. 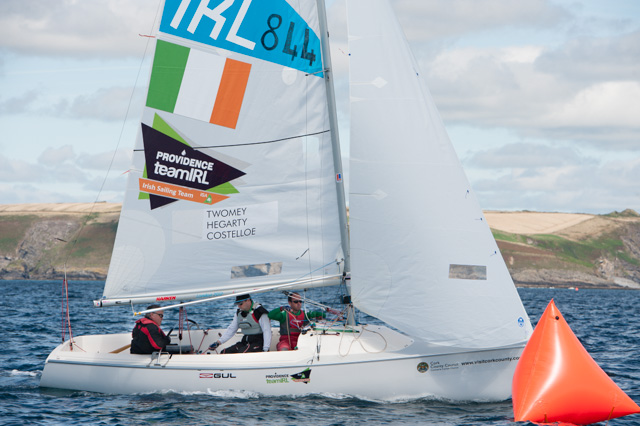 In the Sonar class, London 2012 Bronze medallist Norway’s Aleksander Wang-Hansen did not compete in the practice race however the London 2012 Gold medallist Udo Hessels started and finished mid-fleet. Corkman Paul McCarthy on IRL697 had a good race finishing in second place but the race was won by USA’s Rick Doerr and his crew. Irish Paralympian John Twomey, Anthony Hegarty and Ian Costello on Providence Team IRL finished in 7th place. 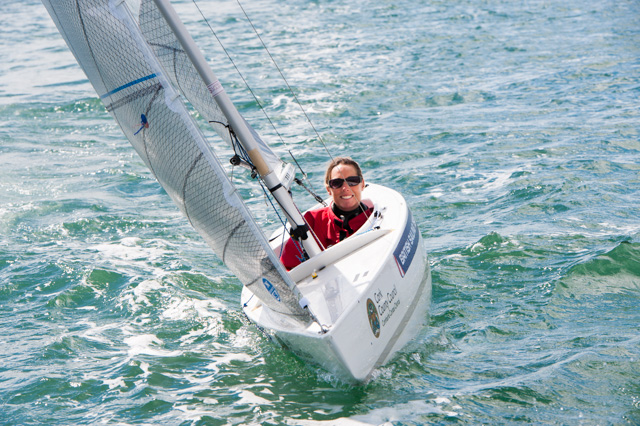 On Course B, in the singlehanded 2.4mR class, 39 of the 46 competitors took part in today’s practice race with Germany’s Heiko Kroeger, who won silver at London 2012, getting the bullet. He was followed by Damien Seguin from France and Italian Antonio Squizzato in third. Helena Lucas from the UK who won Gold in Weymouth did not participate in today’s race.

It would of course be impossible to name all the outstanding world championship names competing at Kinsale. It will be of huge interest to see how everybody fares and all that  remains is to wish each and everyone fair winds and good sailing for the week.

The opening ceremony will take place at 6pm this evening