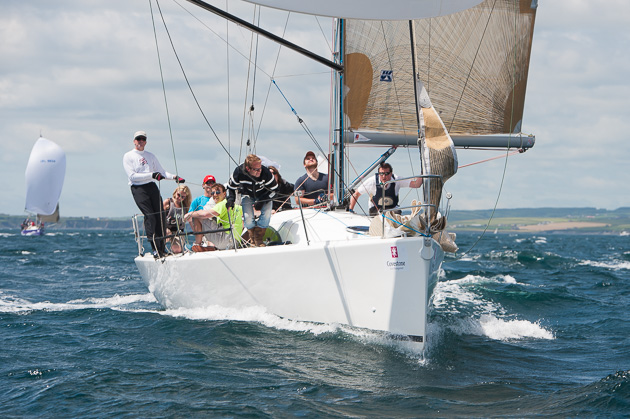 Rob McConnell’s A35 Fool’s Gold, up for the challenge! Picture Robert Bateman

Time is now moving rapidly and the date for the ICRA Nationals/Sovereign’s Cup Regatta is approaching very quickly over the horizon. The latest entry list on KYC.ie is showing a healthy looking picture with 97 entries and no doubt by the time you get to read this it will have passed the 100 mark On looking through the list your scribe noticed Rob McConnell’s A 35 of WHSC was not listed and, as chance would have it, I was lucky enough to meet with him in Crosshaven yesterday and he was delighted to confirm that Fool’s Gold will indeed be competing at Kinsale and it will be a strong competitive exercise with the two well known Dublin A35s , Tony Fox’s Gringo, from NYC and Joe McDonald’s Adrenalin also from NYC. 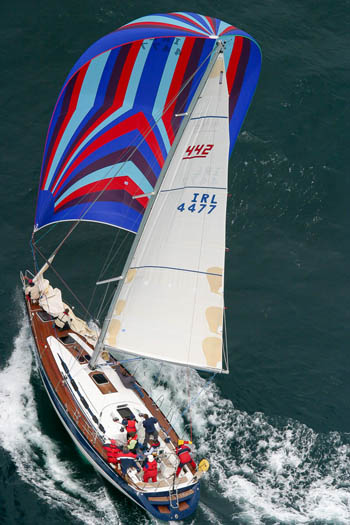 Meanwhile the J109s have mustered a strong showing of eight boats including our own Ian Nagle’s Jelly Baby RCYC. If past form is anything to go by Jelly Baby will have her work cut out with the highly competitive Pat Kelly’s Storm from HYC sailing with a mainly Kelly family crew and hugely up to the challenge. It is also good to see Andy Williams in the Ker 40 Keronimo from Yealm Yacht Club returning to Kinsale and of course he also sailed in Volvo Cork Week 2014 at Royal Cork. 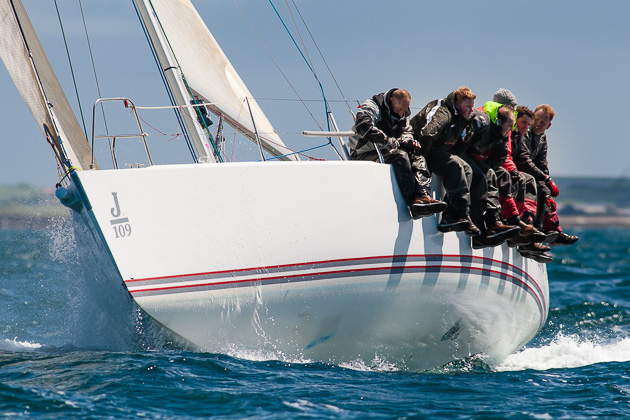 Also with an excellent showing of eight Corby Designs from Ireland and Wales entered for the Sovereign’s week in Kinsale, (including Paul and Deirdre Tingle’s Alpaca from Royal Cork), and this being a year between the Biennial Corby Cup, Corby Yachts have announced a new perpetual trophy, the Corby Celtic Trophy, for the top scoring Corby design at Sovereign’s Week which is combined with the Irish IRC Nationals for 2015. The Cowes Week formula will be used to combine results from the different classes and fleet sizes.

Good to see so many familiar and welcome yachts making their way back to Kinsale again and, of course it must be said that these most welcome boats also regularly support our Royal Cork events as well. I’m sure nobody will mind if I pick out Shane Statham and Trudi O’Leary’s Slack Alice from WHSC. They faithfully travel to the south coast events each year and return home with no small haul of trophies. Too many names to mention but a few more, Cove Sailing Cove Sailing Club Commodore Adrian Tyler will sail his Hunter Impala White Knight and Fergus Coughlan, also CSC, will sail his J80 Jedi, From our own Royal Cork Yacht Club Judy McGrath will be sailing Bonanza, Conor Phelan will sail Jump Juice, David Lane and Sinead Enright will sail Ya Gotta Wanna, Gary Barr will sail Barton Breeze, Wendy and Clem McElligott in Sea Hawk, and Wan Waterman will sail Saxon Senator. Also sailing from RCYC will be the Desmond/ Deasy/ Ivers, Bad Company. Hopefully, I haven’t left out anybody from RCYC and equally hopefully maybe it might tempt some of you to join in what looks to be an excellent feast of competition and enjoyment. The fact it is a four day regatta makes it somewhat easier and for Cork competitors the fact it is such a short journey to Kinsale by sea or road makes it very accessible. 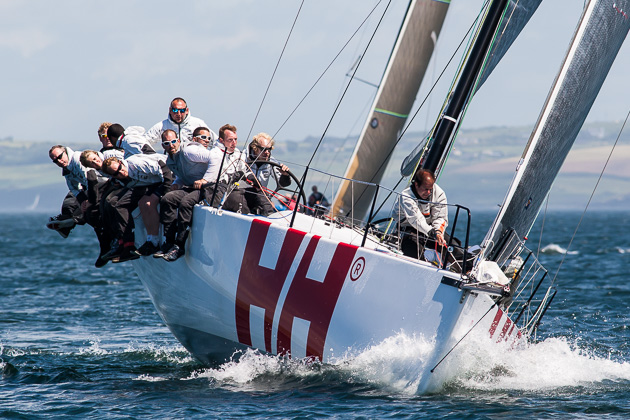 To all the other names too numerous to mention, I am sure you will enjoy a wonderful week of sailing. The scenery in the area is breath taking in an area from the Sovereign Islands to the Old Head of Kinsale, as is our own scenery in Cork Harbour and surrounds, We truly are blessed with our sailing grounds in the South Coast area. 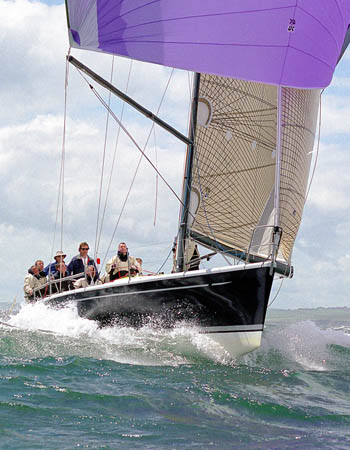 Azure, winner of the Sovereign’s Cup in 2001. Picture Robert Bateman.

Finally, for anybody who is trying to make up their minds about attending there is a plethora of trophies and national titles from the combined events. There is the magnificent Sovereign’s Cup, and the Portcullis Trophy and who wouldn’t like to win the most beautiful Michelle Dunne Prix d’ elegance Trophy, and for this year there is a new perpetual trophy presented by Corby Boats for the Corby Class so the chances of winning something really nice are very good. 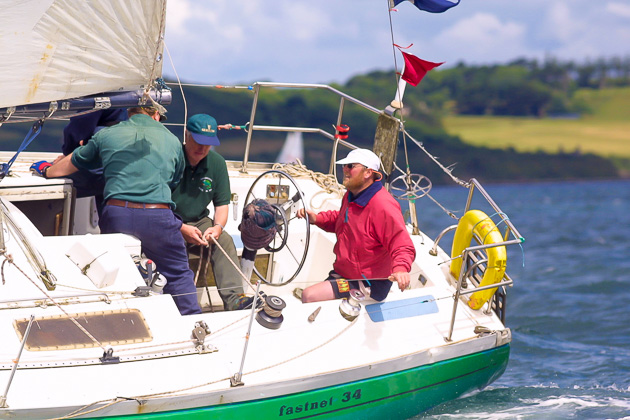 Padraig O’Donovan in Chamelion, winner of the Portcullis Trophy in 1997. Picture Robert Bateman