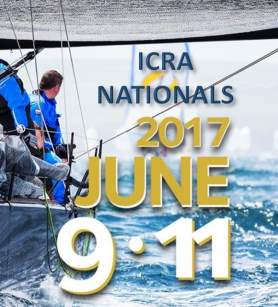 Paul told the two large gatherings of sailors that the event will be for all sailors interested in racing. Racing will start at 14.00hrs on the Friday thus allowing sailors to travel, if they wish, on the Friday morning. It is planned to run two races on the Friday afternoon, two/three races on the Saturday and two on the Sunday, this will be weather dependent obviously.

Racing will be available for Spinnaker and Non-Spinnaker boats. Race course types will include Round the Cans, Coastal and laid mark types with the Windward/Leeward and Olympic style courses giving everyone a chance to shine and show off their skills.

Paul added that the event is great value at €150 per boat, for more information or to enter the event click here.